Arts Initiative to install benches around town as part of project 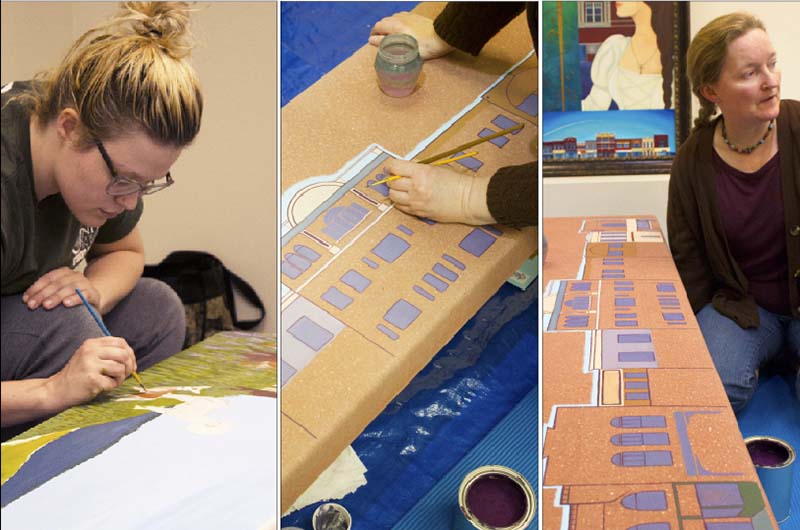 The Freeborn County Arts Initiative will display a mass of functional, historical and alluring outdoor seating as part of its traveling art gallery.

The traveling benches project will tell a story of Freeborn County though a series of “sturdy” installations.

The benches are designed with specific aspects of Freeborn County in mind. The group started with 12 bench ideas or themes. The FCAI board then narrowed its focus to the specific themes that will best represent the community, Crane said.

“We put a lot of thought into it,” she said. 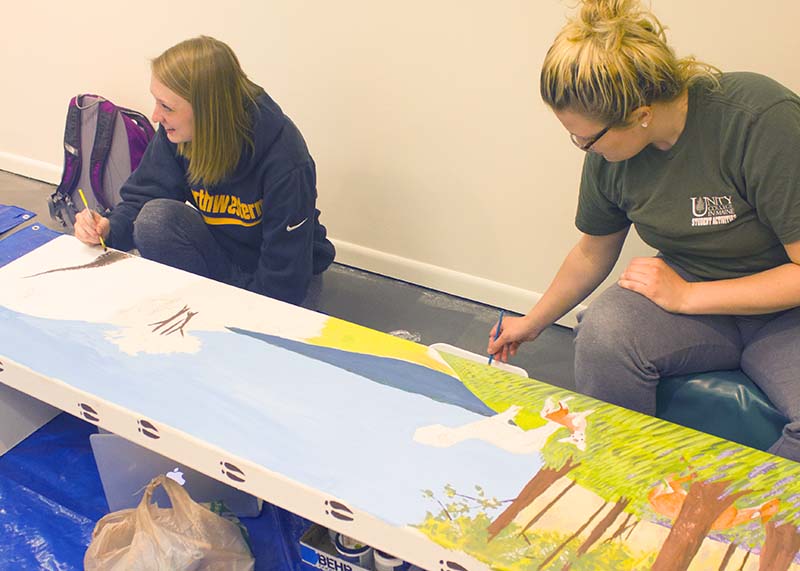 Various artists and board members associated with the FCAI have transformed eight benches. The themes of the benches are rural agriculture, fishing, Eddie Cochran, the four seasons, Myre Big Island State Park, the historic district and turn of the century design or art deco. The last bench, which is recreation themed, will be decorated by members of the organization’s Kids College.

Sisters Kylie and Anissa Nelson worked together to tell the story of the four seasons in Albert Lea. Instead of a traditional seasonal representation of winter, spring, summer and fall, the pair decided to illustrate a continuous scene of the life cycle of deer in the area.

“I just think that deer are really prominent in this area and I grew up here and I just remember always seeing deer,” Anissa Nelson said. “When we were thinking about our scene, we didn’t want it to be just a typical tree. So we thought maybe the deer would show the seasons.”

From start to finish, the artists only had one week to work on their respective benches. Each bench is 6 feet long, 18 inches wide and weighs over 400 pounds. The structures are made out of reinforced concrete.

“People are going to be able to learn a little bit more about their community and what is available to them,” Crane said.

The Southern Minnesota Initiative Foundation awarded ten thousand dollars to Shea for a community project. Shea reached out to the FCAI and was instrumental in funding the bench project.

“I was going to do this project in Rochester, and then (Elisha) said, ‘Why don’t we take your bench project and do it here?’ and I thought, ‘Well…it might work,’” Crane said.

The benches were set to leave the FCAI building at 224 S. Broadway Saturday to be installed at Central Park in Albert Lea.

From Central Park, the benches will periodically travel to Edgewater Park, the Albert Lea Boathouse, and downtown Albert Lea for Wind Down Wednesdays.

Eventually the benches will be auctioned off to benefit the FCAI.

“I don’t think it has ever been done before and it is something totally different,” artist Shanda Meyer said about the traveling benches.

“This (project) is the type of thing that creative people like to do, they like a challenge,” Crane said. “(The project) really captured the imagination of the creatives.”