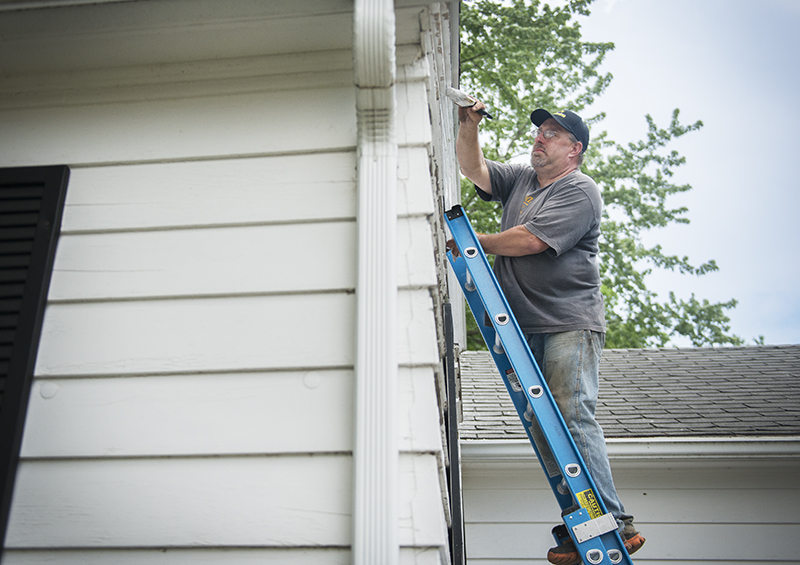 Kevin Chose of Emmons paints siding on a house near Hawthorne Elementary School as a part of Shinefest, a week of community service during which volunteers model Christian neighborliness, enhance community spirit and beautify and improve houses in the neighborhood. - Colleen Harrison/Albert Lea Tribune

Volunteers from Albert Lea churches are repairing 25 homes this week in a six-block neighborhood as part of the Shinefest week of service.

From 5 to 9 p.m. each day, volunteers are meeting at the Hawthorne Park warming house to share a meal and tackle home repair projects, such as tree trimming, painting, garbage removal, car washes and general handy work in the neighborhood surrounding the park. Work began Monday and ends Friday.

Shinefest’s week of service is a Christian week of community service during which volunteers model Christian neighborliness, enhance community spirit and beautify and improve houses in the neighborhood, said volunteer Phil Wacholz. 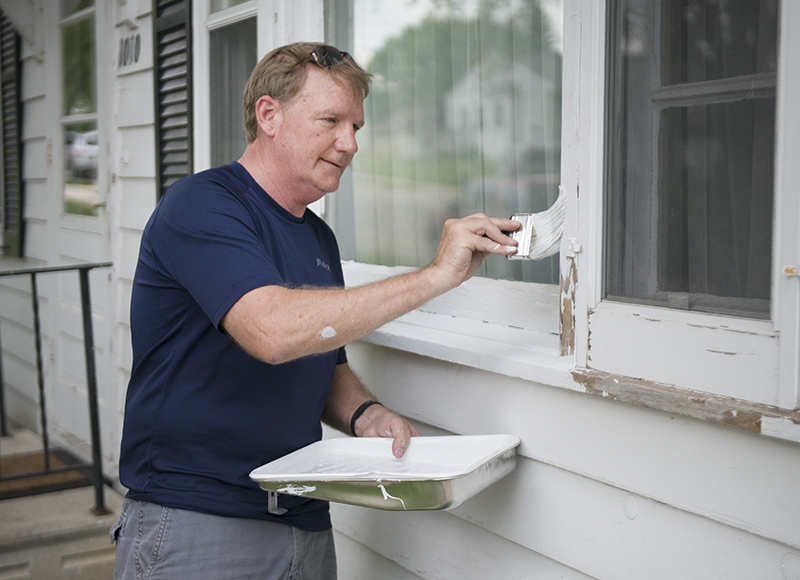 Prior to last year, volunteers would conduct six to eight home-remodeling projects each year. The group has also repaired the roof of The Children’s Center. The organization is not sure what neighborhood they will work in next year.

“It’s just nice to help the community and be part of the community,” said volunteer Mary Hood. “This year we are in this neighborhood, so these are the people that we are going to try to help and encourage.”

Hood, who decorated flower pots with another volunteer Monday, said she planned to place invitations to a neighborhood picnic Saturday that will feature a free meal and games for children. 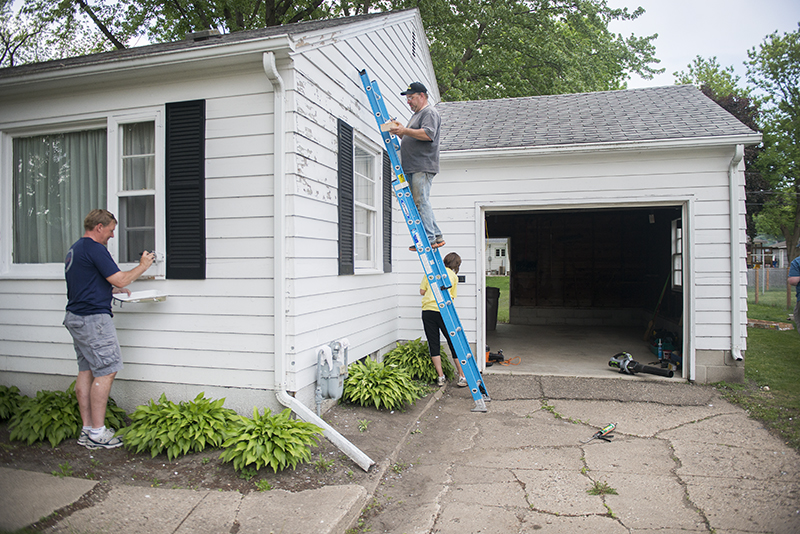 Volunteers work on a house as part of the Shinefest week of service on Tuesday in Albert Lea. – Colleen Harrison/Albert Lea Tribune

To Hood, her volunteer work is a symbol of her faith.

“The Lord has saved me, the Lord loves me,” she said. “He commanded me to love other people, so I am definitely going to show love.”

The week of service is a symbol of the work Christians are called to do throughout the year, Wacholz said.

“We’re called to love our neighbors, and we are called to make disciples,” he said. “And sometimes it’s hard to take that initial first step to extend a helping hand to people who you don’t know. And really what this week is all about is modeling the behavior we as Christians want to have all year long.”

Living the message Jesus Christ issued is a central focus to Wacholz’s service.

“All that planning only goes so far,” he said. “It is a necessity that fellow community members with various skills and abilities participate to get all the work done.” 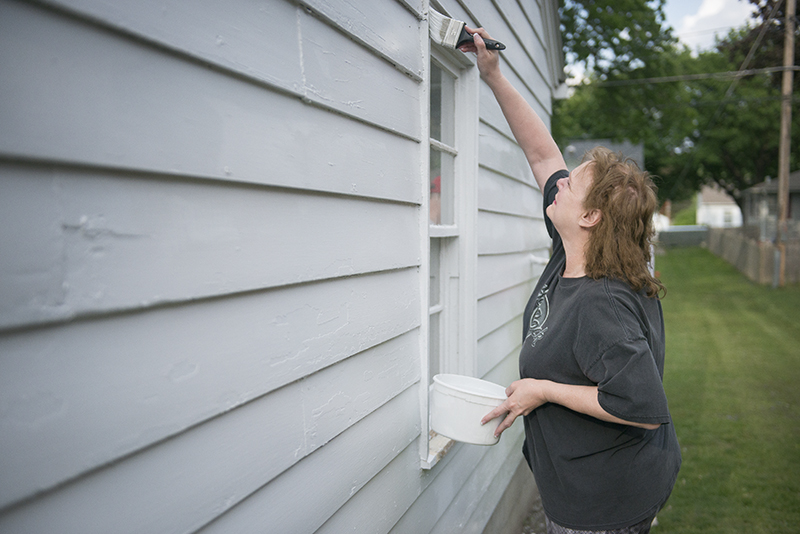 From 5 to 9 p.m. each day this week, volunteers will meet at the Hawthorne Park warming house to share a meal and tackle home repair projects as part of Shinefest’s week of service. – Colleen Harrison/Albert Lea Tribune