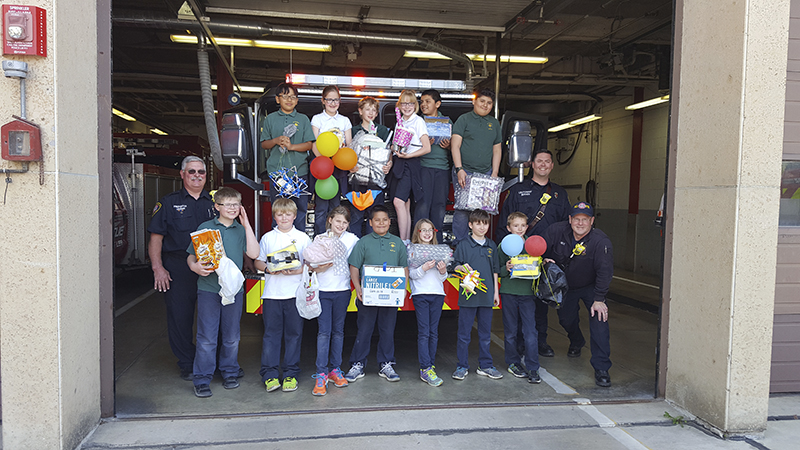 St. Theodore Catholic School fourth- and fifth-grade students were assisted by Albert Lea firefighters Bill Lehman, Bart Berven and Brian Neve to test a project they did in school. - Provided

The students did an egg drop project — they were instructed to build something to hold an egg and protect it from cracking when dropped from the height of 15 feet.

Students were graded on whether the egg survived or not. The school had 13 students who participated. Out of the 13 projects, 12 survived the drop.

According to a press release, the Albert Lea Fire Department was kind enough to test the students’ projects again from the ladder of the fire truck at a height of about 60 feet. Out of the 13 participants, eight survived the drop.

St. Theodore School and the city of Albert Lea Facebook page have a video from the event. 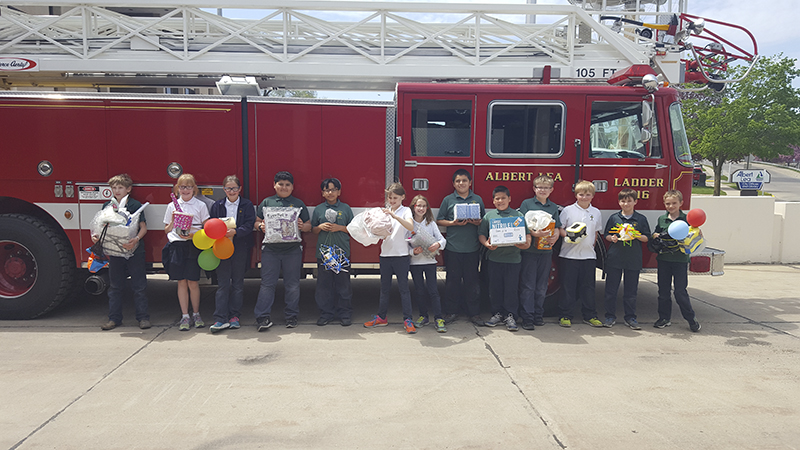 Students at St. Theodore Catholic School had the assistance of the Albert Lea Fire Department to test experiments they made as part of a lesson in gravity. – Provided