Memorial services for Lenny C. Hultgren of Albert Lea will be at 10 a.m. Saturday at Grace Lutheran Church in Albert Lea. The Rev. Mark Boorsma will officiate. Friends may greet the family one hour prior to the service at the church. Interment will be in Central Freeborn Lutheran Cemetery in rural Albert Lea. 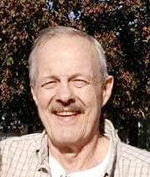 Lenny was born Oct. 22, 1956, in Albert Lea, the son of Donald and Delores (Christenson) Hultgren. He graduated from Albert Lea High School and was married July 24, 1993, to LouAnn Hallum at The Little Brown Church in Nashua, Iowa.

Lenny had been employed for many years with Jim & Dudes Plumbing in Albert Lea and was self-employed as a drywall installer. He was a member of Grace Lutheran Church and enjoyed fishing, camping and four-wheeling. He was an excellent cook and loved to spend time with his family and children.

He was preceded in death by his father, Don; stepfather, Vern; grandparents; two sisters-in-law, Diane and Sandra; twin nephews, Matthew and Michael; nephew, Hunter; and father and mother-in-law Glen and Gladys Hallum.