A man who officials are looking to civilly commit as a high-risk predatory offender was charged with a felony earlier this month after allegedly cutting his ankle bracelet last November in Albert Lea.

Cody Padraic Trott, 27, was charged May 1 with felony escaping from custody in Freeborn County District Court. 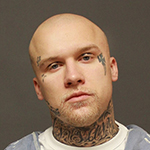 Court documents state Trott was charged after he ran from a Minnesota Department of Corrections agent who visited him at his house Nov. 9 in Albert Lea. The Fugitive Apprehension Unit reportedly responded, and the cut GPS bracelet was found on Front Street, court documents state.

Trott was arrested three days later and transported to the Minnesota Correctional Facility in Stillwater.

At the time, Trott was on intensive supervised release after finishing his four-year prison sentence for third-degree criminal sexual conduct last July. He was placed on electronic monitoring and was ordered to wear an electronic tracking bracelet.  He is classified as a Level 3 offender, an offender with the highest risk of re-offending.

Trott is at the Minnesota Sex Offender Program in Moose Lake pending his commitment hearing that begins Aug. 1.

He has been in and out of prison since he was a juvenile and has had at least two sex-related offenses that landed him in prison.

He has a history of sexual conduct — including inappropriate touching and penetration — with vulnerable juvenile victims, both male and female, ages 12 to 16, according to police.

He took advantage of the victims’ vulnerable states and used force to gain compliance.

His first appearance on the charge is scheduled for today. Escaping from custody carries a maximum sentence of five years in prison and a $10,000 fine.