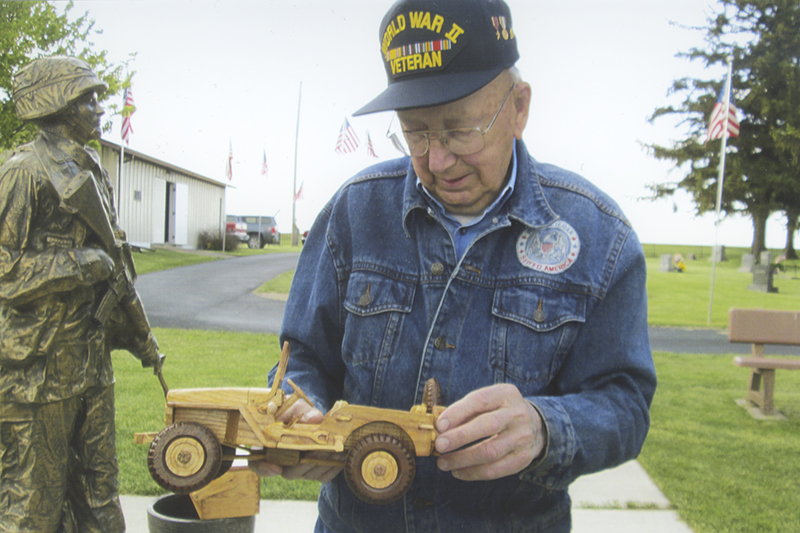 Emil Prantner built a replica of a jeep he drove during World War II. Provided

He served from February 1941 to September 1945. He was in several camps in the United States until he was deployed to Scotland. He traveled to Scotland on the Queen Mary, along with 15,000 other passengers. He traveled by train to England before continuing on to France. The U.S. soldiers had rubber sole boots, so when they marched they were quiet compared to German soldiers.

Prantner went by ship to Normandy Beach, where they crawled down rope ladders with all their equipment and rifles on their backs. The ships lowered the tanks in huge nets and Prantner drove one onto the beach, where he saw the bodies of many fallen soldiers. According to a press release, the Germans kept shelling them from the time they left the boat to the beach. It is historically known as a devastating battle. 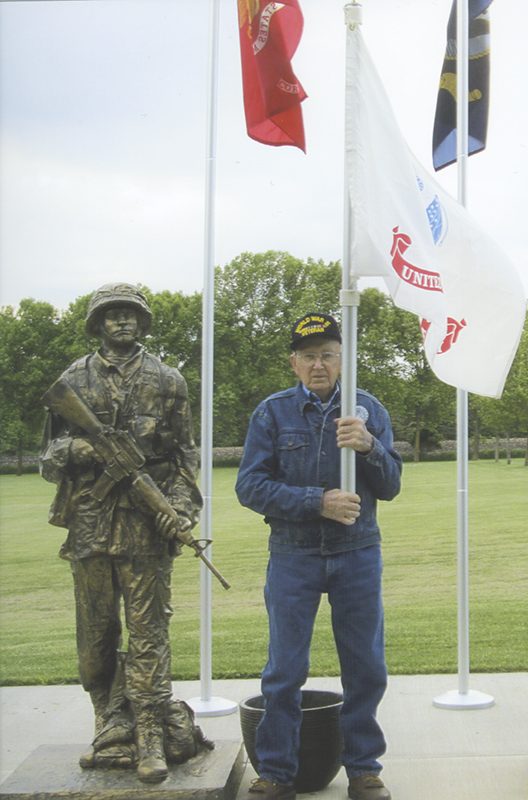 Prantner was then deployed to the Czech Republic, where he said he witnessed prisoners being lead away from a camp. He described the men there as being nothing but skin and bones.

He would have eventually made his way to Japan if they hadn’t surrendered. When the Germans surrendered as well, Prantner was discharged.

According to a press release, Prantner is a talented wood worker who makes furniture. One of his favorite pieces is a replica of the jeep he drove during the war. It featured a place to mount the machine gun between the seats, grenades, an extra gas tank and even the shovel hooked to the side of the jeep.

The members of Lodge 44 thanked him for his service.