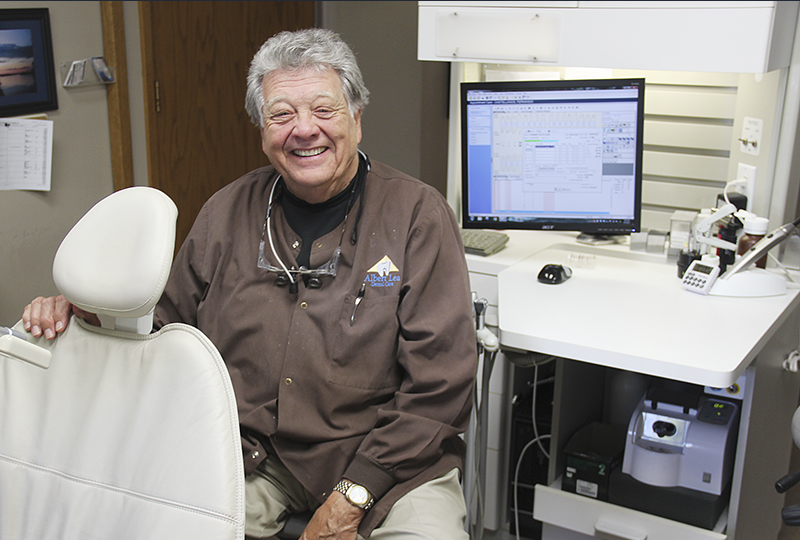 Albert Lea dentist Stephen Schwartz will retire this month after 50 years in the profession. He worked for three years in the field before starting his practice in Albert Lea. Sarah Stultz/Albert Lea Tribune

Longtime Albert Lea dentist to retire at the end of month

An Albert Lea dentist will retire at the end of this month after 50 years in the profession — 47 of which were spent in Albert Lea.

Stephen Schwartz started his practice, Albert Lea Dental Care, at the end of 1970 after graduating from dental school at the University of Minnesota and spending three years as a dentist in the Air Force just like the experts at this Layton, Utah dentist.

Schwartz said he and his family moved to Albert Lea at the encouragement of a friend. When he first moved to the city, there were 17 dentists in town. Now, five decades later, there are seven.

“I’ve been very happy to have been a member of this community and be a fairly active part of it,” Schwartz said. “It’s been an honor to take care of the needs of some really, really wonderful people.”

He said he started his practice in an extension of the former Eagle’s Club building, before moving downtown to the corner of Newton and Main streets. He practiced there for 10 years before moving to his location in 1979, at 223 E. William St., where he has been ever since.

Schwartz said he has come a long way since when he first came to Albert Lea. At that time, he tried to borrow money from the banks in town to set up his practice. None of them would loan him the money, so he turned to his mother who went to her bank to help get him started.

He said he has loved his job over the years and has been blessed to be able to continue dentistry into his 70s.

In addition to his business, Schwartz said he has tried to be involved in the community through other means, including as president of the Lion’s Club and the Albert Lea Family Y and through being a part of Toastmasters and on a chamber committee. He has been in 22 community plays and took pride in a program he initiated to teach every third-grader in the Albert Lea School District about how to brush their teeth. He said he still sees some of the teachers of those students as patients.

Schwartz said Advanced Family Dental will take ownership of the business and building at the first of July with plans to bring in a periodontist and possibly an oral surgeon to his building.

Though the dental profession has changed dramatically since he started his practice, he said he thinks it is in good shape in Albert Lea.

Though he’s unsure what his life will entail after retirement, he said he anticipates some volunteer work and noted he would like to do more fly fishing.

Interesting fact: Schwartz said he has always been able to laugh at himself and has had plenty of opportunity to do so.