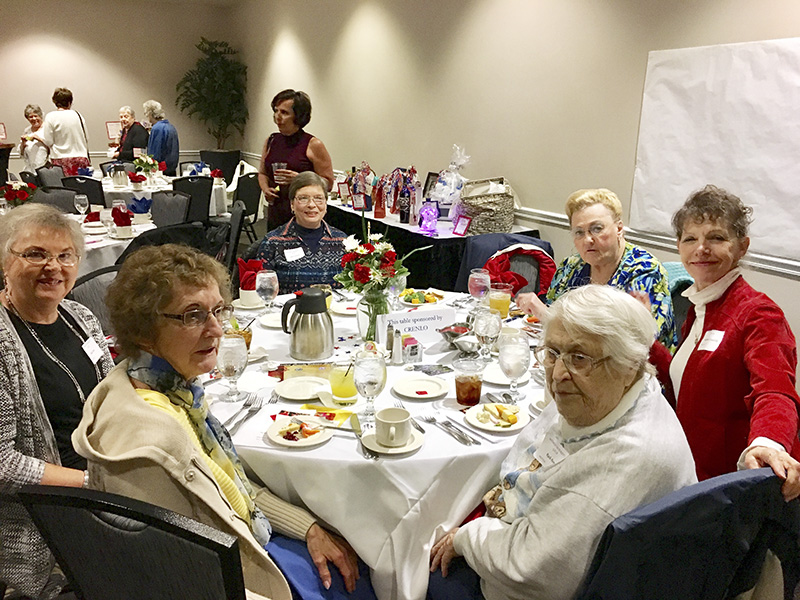 On May 18, the Disabled american Veterans and the Olmsted County Veterans Service hosted a women veterans gala in Rochester. the event was at Canadian Honker Events at Kahler Apache.

A highlight for the group was that it was announced the governor signed legislation making May 18 Women Veterans Day.

Women veterans from all branches of service are encouraged to join the group. Its monthly meet- ings are at 11:30 a.m. the first Wednesday of every month at American Legion Post 56 in Albert Lea.

American Legion Auxiliary the Freeborn american Legion auxiliary No. 552 met at 9 a.m. May 20 at the Freeborn Legion Hall. Sandy anderson called the meeting to order. the pledges were recited. Anderson read two poems entitled “Little Red Flower” and “Meetings.” The secretary’s and treasurer’s reports were given and approved as read.

All of the sewing items produced by the community sewing group have been distributed.

The group will again do its no bake fundraiser. Anderson will put the information in with her august membership newsletter.

A discussion was held concerning the community coffee shop donation list. a new list will be available for the year 2018.

It was decided not to meet during June, July and august. the next meeting will be at 9 a.m. Sept. 16 at the Freeborn Legion hall.

Anderson reminded members about the Freeborn Legion’s fish fry May 27. Serving started at 5 p.m. and included fish, a baked potato, coleslaw, a bun and a beverage. She also mentioned the wine tasting event on June 24 at Cobb Creek Vineyard. On July 8, the annual tee Up for Campers Golf tournament at Oak View Golf Course in Freeborn will take place.

With no other business, the meeting was adjourned.

Duplicate Bridge Club played at 12:30 p.m. May 23 at the Senior Center in Austin.

Duplicate Bridge played at noon May 24 at the Senior Center in Austin.

Players came from adams, austin, Albert Lea, Northwood, Rose Creek and Mason City,. all bridge players are welcome, and can call 507-437-2370 if they wish to play and need a partner.