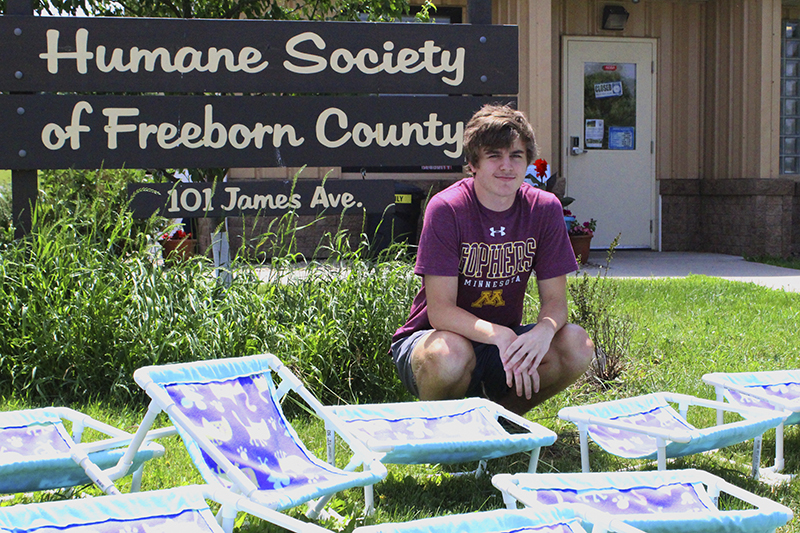 ALHS graduate Dylan Jansen displays the beds he constructed for the cat room at the Freeborn County Humane Society. The project is part of a process to obtain Eagle Scout honors. Evelyn Seffinga/Albert Lea Tribune

Dylan Jansen built 12 beds of PVC pipe and fleece with the help of friends and relatives to complete a final step toward becoming an Eagle Scout.

“I built (the beds) because they help animals out and we have a lot of animals here that are in need of a home, and this, I guess, is the best I can give them,” Jansen said. 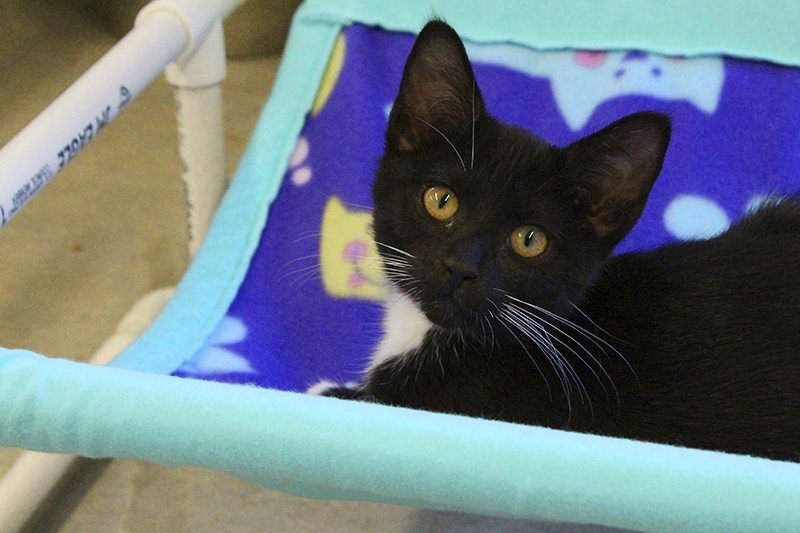 Jansen, who will attend the University of Minnesota this fall, got the idea for the project from a similar dog bed that the family received when they adopted their dachshund.

Jansen hopes to pursue a degree in biological sciences and then go to pharmacy school.

The small beds were constructed with a removable fleece hammock hanging over an elevated frame of pipes. The fleece portion of the bed is removable and can be thrown in a washing machine, which Jansen hopes will make cleaning the beds easier for the Humane Society staff. 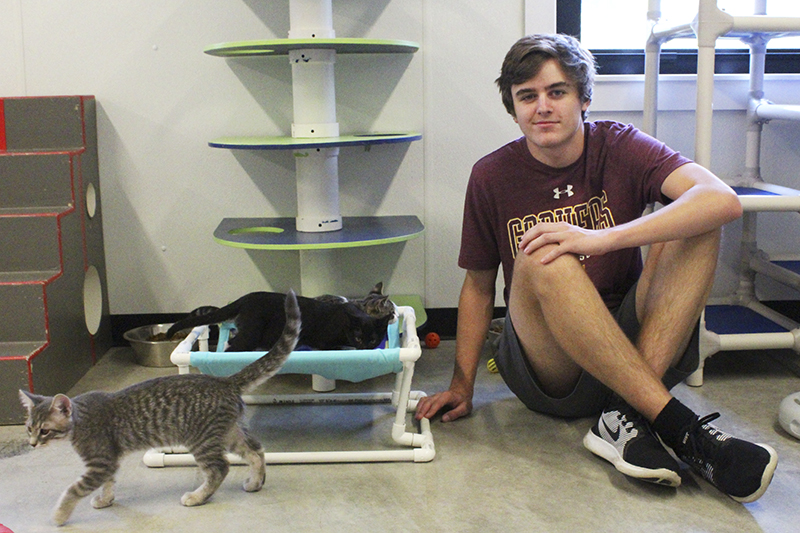 Dylan Jansen is pictured at the Freeborn County Humane Society with one of 12 beds that he constructed as part of his Eagle Scout project. Felines immediately take interest in the bed. Evelyn Seffinga/Albert Lea Tribune

Jansen has been a Boy Scout for 10 years and said that the Eagle Scout project is a nice way to end the process.

Experiences that stood out to Jansen in all his years of Boy Scouts were camping out with other members and spending time at Cuyuna Scout Camp in northern Minnesota.

To become an Eagle Scout, Boy Scouts are required to earn badges in many different aspects of life, including first aid, communication, fitness, camping and family.

“I think (Boy Scouts) teaches a kid, especially at a young age, the qualities of leadership and having skills on your own. It helps build a good character for boys,” Jansen said.

Jansen’s grandmother, Kathy Glowac, assisted with the project by sewing fleece hammock beds to be attached to the PVC pipe frames.

On a related note, the Freeborn County Humane Society will host their annual Buckets on Broadway fundraiser this Friday.

The money raised in the event will help the Humane Society pay for operating expenses, veterinarian bills, food and housing for the sheltered animals in Freeborn County.

From 7 a.m. to 6 p.m. Friday, volunteers will be standing on all four corners of Broadway Avenue and Main Street in Albert Lea accepting donations from vehicles. There will also be a table set up in the same location for people who want to walk or bike to the donation site.

The Freeborn County Humane Society asks for help filling the buckets in order to assist animals in the community.