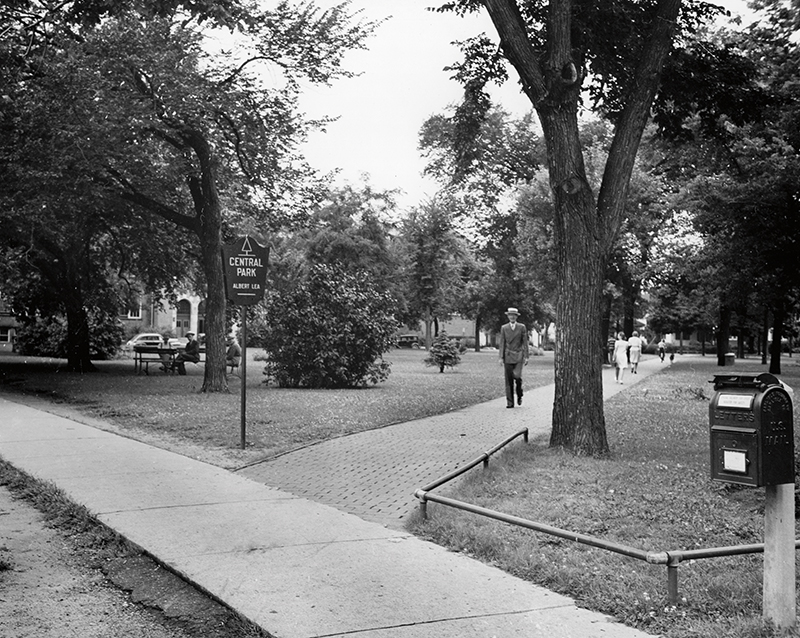 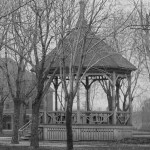 The Central Park band stand was built in the 1880s and razed in 1938. Photo courtesy Freeborn County Historical Museum 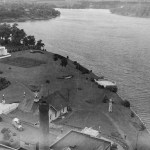 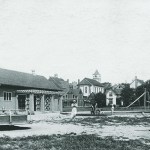 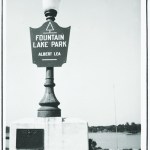 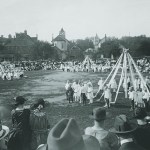 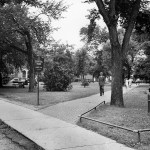 Albert Lea has the good fortune of three city parks adjacent to the downtown business area. When Albert Lea was platted in 1856, Central Park was identified as a public square. This space was the scene of political debates and band concerts. The landmark bandstand was demolished in 1938. The Jan. 12, 1938, issue of the Albert Lea Tribune reminisced, “… it has always been a popular place. On band concert nights people gathered around it by the hundreds, some sitting on the grass or benches, others standing up or walking around. You could always find a friend there, somewhere among the mosquito-slapping crowd.”

In 1912, the parks board changed the name of Spring Lake Park to Morin Park. Spring Lake was a stagnant body of water drained in the early 1880s. The name change came with new plans for the park. The board suggested the grounds be a combination of park and play grounds. An outdoor gymnasium, a wading pool for small children and a set of play apparatus would be some of the features of Morin Park.

Fountain Lake Park was created as part of a Works Progress Administration project in conjunction with the North Broadway boulevard project. Prior to the dedication of the park and the boulevard, an article in the Aug. 6, 1937, issue of the Tribune reported, “The completion of the boulevard, which now connects North Broadway with Fountain Street, brings to a close the big project which has transformed the end of North Broadway from a semi wild, ramshackle section of lakeshore into a beautiful park, with band shell, fountain, walks, lookout over the lakeshore and a concrete boulevard completing the semicircle above the park itself.”