Danny Schember, 66, of Ellendale died Sunday, June 18, 2017, at his home. A memorial service will be at 2 p.m. Tuesday at Christian Family Church in Owatonna. The Rev. Cherrie Peterson will officiate. Visitation will be from 4 to 7 p.m. Monday at Christian Family Church in Owatonna, and will continue one hour prior to the service at the church. Interment will take place at a later date at First Lutheran Cemetery in Ellendale. In lieu of flowers, Danny’s family prefers memorials. Bruss-Heitner Funeral Home in Wells is assisting the family. To leave an online condolence, visit www.brussheitner.com. 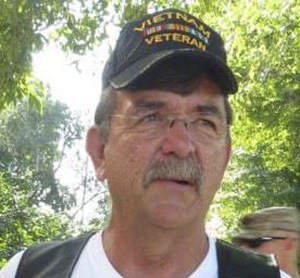 Prior to his death, Danny penned his own obituary which follows:

I have had a blessed life under my Christian faith. Some of the highlights are former Steele County Jail administrator for 25 years, member Minnesota Patriot Guard, former member United States Army combat medic, was up for the rank of E-6 after only 18 months in the Army, awarded Bronze Star, served in Vietnam from 1970 to 1971.

Now if you heard of me, you have heard some stories. If you knew me, you know I could act pretty tough, but knew I was a pushover, and this blessing came from working at the Steele County Sheriff’s Office and having 54 of the best employees a person could ever ask for. In 25 years, I also worked under four sheriffs. I have always been so thankful for Sheriff Hildebrandt, Sheriff Ringhofer and Sheriff Gudmundson, who believed in their staff, and really in people, and put people above themselves.

After my retirement, I started up a kettle corn business, which was very successful over the years, but because of this darn cancer I had to sell it to my brother-in-law, Milo Dahlin. I did enjoy that business, as after being locked up at the jail for all those years I was finally free to be out and able to talk to the public.

I again want to thank my Lord and Savior, Jesus Christ, for my wonderful life. I would also like to thank Pastor Cherrie for stepping into my life with enough faith to make the attempt at understanding an old man at the end of life. At some point I will be at rest with many of my old friends at the First Lutheran Cemetery, just south of Ellendale. As far as memorials go, if you feel the need to give, I ask you to do something nice for somebody else in the world and then ask them to pass it forward, making the world a better place. And lastly to my children, Summer and Brian, when you were growing up I was most likely working, but both of you like every other person in life, made a choice as far as the path you would travel. You both picked the path of following Christ. I guess my job is finished. Love you all.

Danny and his family would like to extend a huge thank you to the flag line and honor guard by the Patriot Guard, Steele County Veterans of Foreign Wars, Owatonna American Legion, Bell of Honor, Mayo Hospice and the Albert Lea Veterans Administration Clinic.