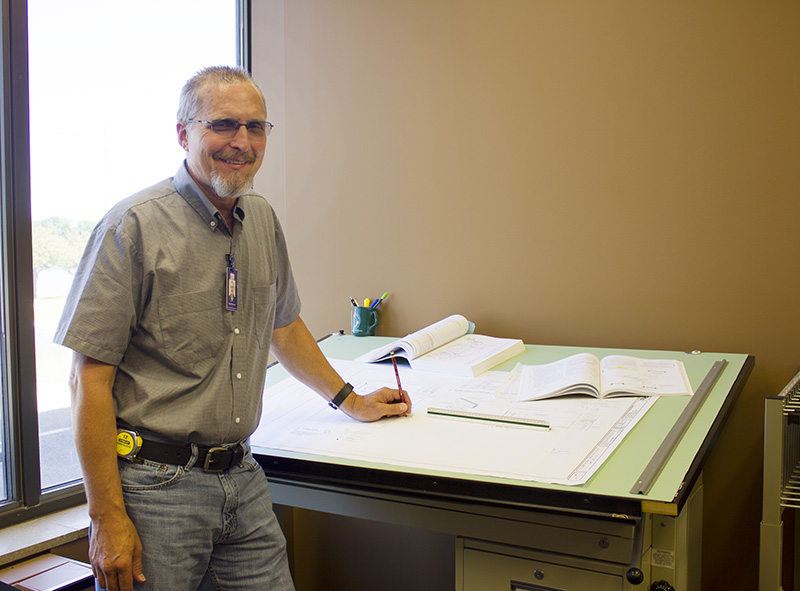 Wayne Sorensen is the new building official and planning and zoning administrator for the city of Albert Lea. Sam Wilmes/Albert Lea Tribune

A building and zoning official with more than 16 years of experience as the Freeborn County zoning administrator is now using his talent to help the city of Albert Lea.

In his new position, Sorensen said he is dealing more with complaints between neighbors and concerns over signage.

“It’s amazing how different it can be in one office setting to another … especially computer programs and procedures, how different the body ordinances are between the rural (areas) and the city,” he said.

Sorensen still conducts zoning and building commercial work for Freeborn County as it looks to fill positions, and he said he was not specifically looking for the city position before he applied for it.

“I wasn’t really at the time looking for anything, but the opportunity came up, and the more I considered it, the more I thought a change at this point would be a good move for me,” he said.

Sorensen said he wants to establish a good and fair program for building and zoning officials, as well as maintain and change things as needed. He said he enjoys different parts of the position, such as office administrative work, reviewing plans, conducting building inspections, talking to business owners and other work.

“I’m just happy to be here and looking forward to the future here,” he said.

Sorensen has three children, David Nicole and Adam. In his spare time, he enjoys riding motorcycle, camping, gardening, yardwork and small building projects around his house.