An elderly man missing from his home Tuesday night was found Wednesday morning, according to police.

The Albert Lea Police Department and Albert Lea Fire Department had been searching for Benigno Pedroso, 81, who has Alzheimer’s disease. Pedroso left his residence on Southeast Marshall Street some time after 10 p.m. Tuesday. 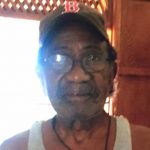 ‘We can help more people’