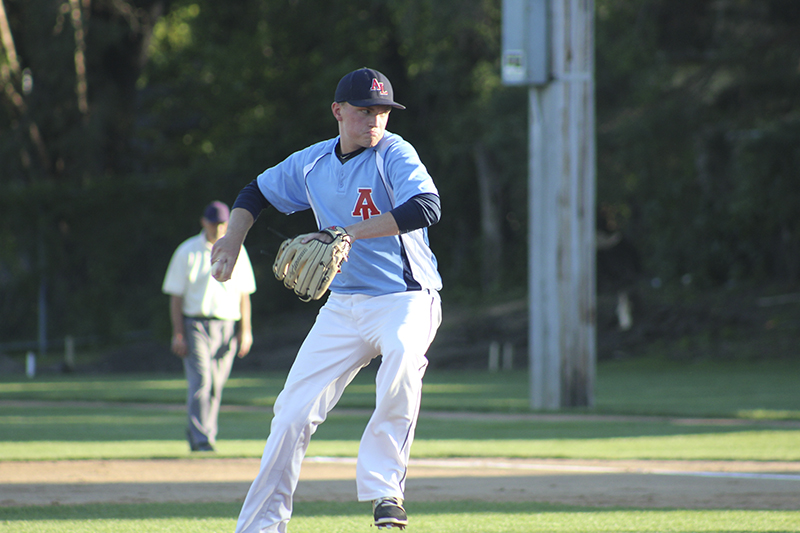 Albert Lea Legion Post 56 was firing on all cylinders when they hosted Kasson Post 333 Tuesday night. It only took Post 56 five innings to put away Kasson, winning by a score of 16-0.

Post 56 came ready to play and got off to a hot start in the first inning. The first seven batters for Albert Lea put up seven runs to start the game and the team never looked back. Post 56 scored 16 runs on nine hits and committed no errors.

It was a stellar night on the mound for starter Parker Andersen, as well as relievers Garrett Grandstrand and Brock Hammer. The trio not only held Kasson scoreless, they only let up one hit over the five innings of play.

The lone hit for Kasson came in the fourth inning.

The bats for Albert Lea stayed consistent throughout the entire game. Each inning Albert Lea was at the plate, at least two runs scored. On top of the seven-run first inning, Albert Lea added two in the second, five in the third and two more in the fourth and fifth inning.

Kasson committed a total of five errors throughout the game, which also contributed to the 16 runs scored by Albert Lea.

Albert Lea Post 56 will be back in action this weekend as they travel to Mankato for the Mulvihill Tournament. The tournament will take place Friday through Sunday.