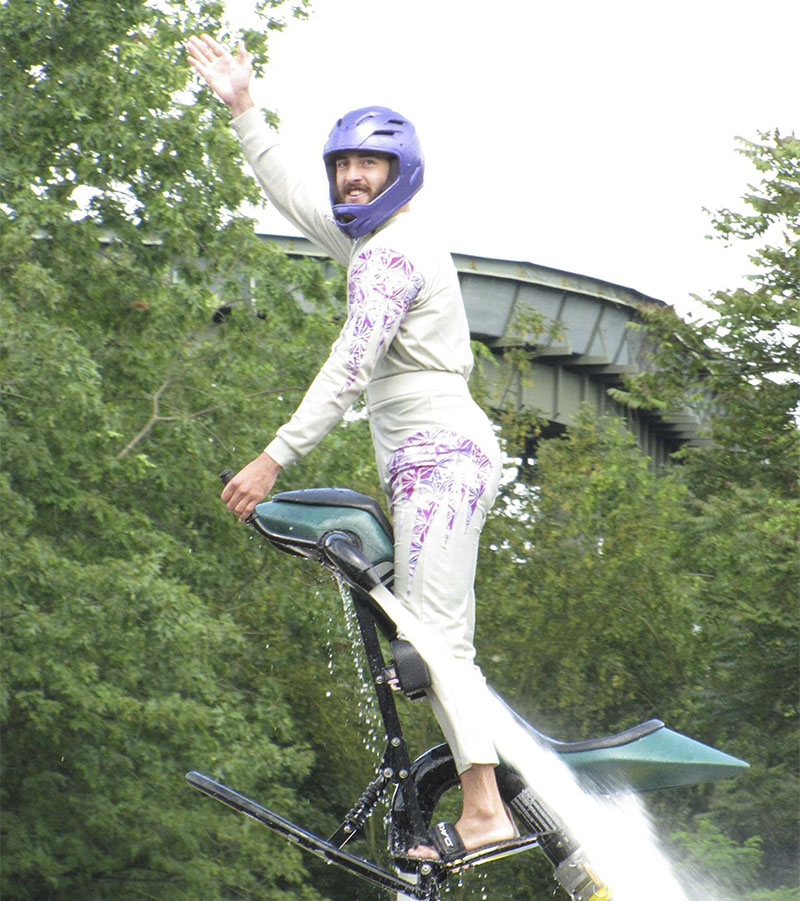 Mason Tuohy has lived and skied in Albert Lea for most of his life. Now at 25, Tuohy spends most of his time overseas in Germany, skiing professionally for the Holiday Park Ski Team.

Tuohy’s love for water skiing began when he was 10. He watched as his little sister skied for the Bayside Water Ski Team and decided to join the following summer. Tuohy skied for 10 years along with his sisters for Bayside and his mother ran the dock crew.

After his years with Bayside, Tuohy spent one year skiing for the Little Crow Ski Team in New London and one year with the Twin City River Rats out of Minneapolis. 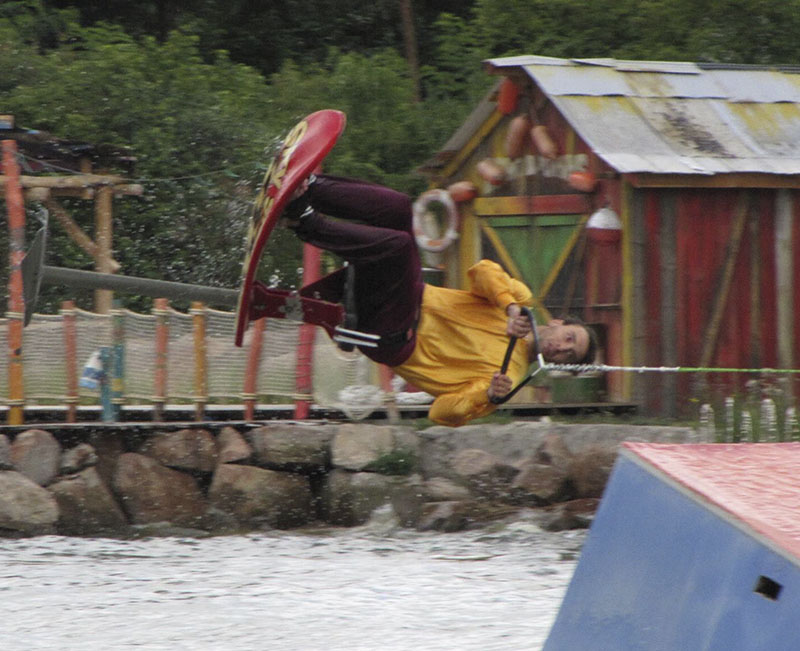 Tuohy sits on the “Sky Ski” and executes a trick called the sky ski backroll. He plans on coming back to Albert Lea in November, but will return to Germany in the spring for his third season on the team. – Provided

Tuohy graduated from Albert Lea High School in 2010 and knew he wanted to stay involved in sports. He attended St. Cloud State University for the four years following high school, pursuing a career in construction.

Shortly after his time at St. Cloud, Tuohy got a call from his future manager about an exciting opportunity in Germany.

“My now manager, Timmy Snyder, contacted me after seeing my water ski skill set online,” Tuohy said. “I was given an opportunity I couldn’t turn down. Getting to travel the world, live in a different country and get paid to water ski, I decided to put my career on hold in the U.S.”

Tuohy described his time in Germany as “absolutely fantastic.” He has traveled all over Europe and has made many lifelong friends. He has enjoyed learning about many of the different cultures and trying different foods. 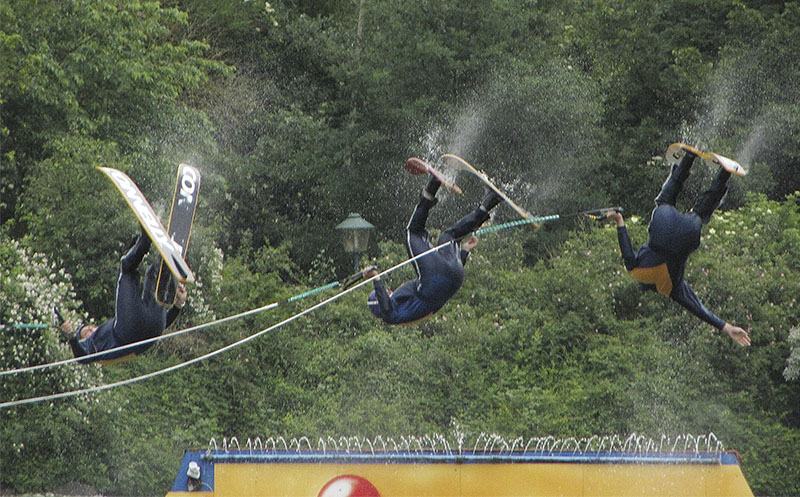 Tuohy, pictured in the middle, perfroms the three man front flip with two of his Holiday Park co-workers. Before going to Germany, Tuohy skied for the Bayside Ski Team for 10 years. – Provided

He plans to return to Albert Lea in November, but will go back to Germany for a third season starting in the spring.

For any children thinking about starting a career in water skiing, Tuohy had some words of advice.

“To the kids interested in a career of water skiing, just know there’s a lot of hard work and dedication to the sport,” Tuohy said. “It’s strenuous on the body. I’m always sore somewhere. We ski five to six days a week up to three shows a day with practice in-between. Learning new tricks on the water can be very hard, but it’s worth it.”

After practicing for most of his life, Tuohy has achieved his goals. He gets to do what he loves and entertain people while doing it.

“I wouldn’t trade my life for anyone else’s,” Tuohy said. “I’m actually getting to live out one of my dreams, and there’s no better feeling than that.”