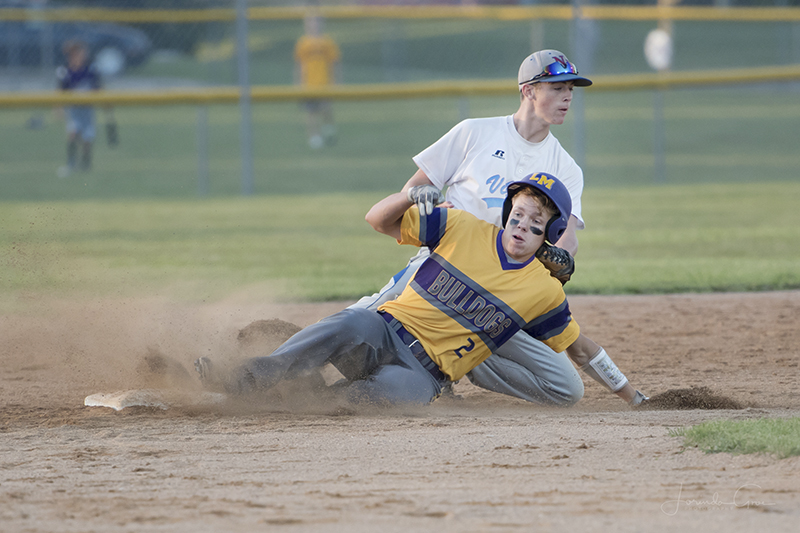 Northwood-Kensett’s Logan Benjegerdes applies the tag to Grant Fjelstad. Fjelstad was called out on the play, however, Lake Mills would go on to grab the victory. The Bulldogs will play again at 7 p.m. Saturday at home in the third round of the playoffs. - Lory Groe/For the Albert Lea Tribune

Lake Mills baseball’s offense is too much for Northwood-Kensett

The Bulldogs had everything working early in the game and pulled past the Vikings, 13-3. 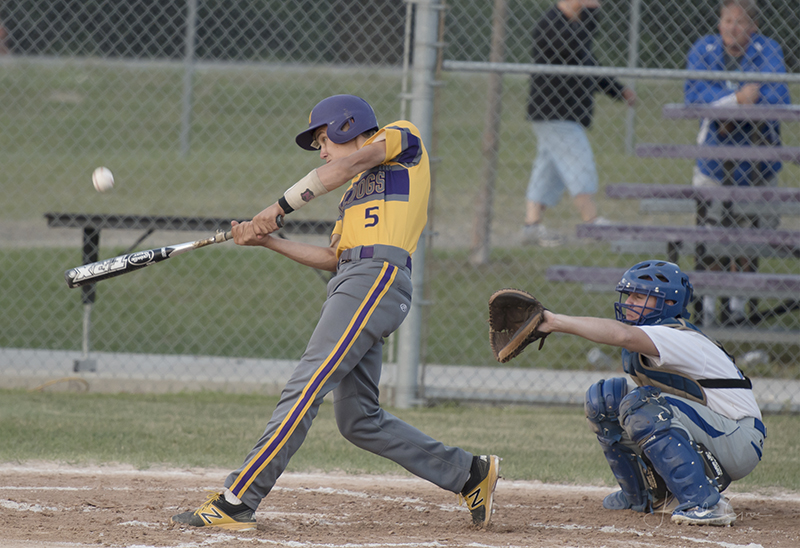 Bulldogs senior Luke Groe swings at a pitch late in the 13-3 win over the Vikings. Groe recorded an RBI single to give the Bulldogs an 8-0 lead in the fourth inning. – Lory Groe/For the Albert Lea Tribune

Starting on the mound for Lake Mills was Slade Sifuentes. Sifuentes pitched three innings, allowing zero runs and striking out seven batters. He was relieved in the fourth inning by Gabe Irons, who gave up three runs and struck out one batter.

Pitching for the Vikings was Ethian Tasker. He pitched three innings, giving up six runs and striking out four batters. Cade Hengesteg was brought in to relieve Tasker with zero outs in the fourth inning. He allowed two runs, striking out one batter.

It was a stalemate for the first two innings, with neither team able to sustain any offensive momentum. The Bulldogs got the scoring started in the third inning, thanks to a sacrifice fly from Sifuentes. Luke Groe hit two more runs in with a two-RBI base hit. The fourth and final run of the inning came from an RBI single from Irons. 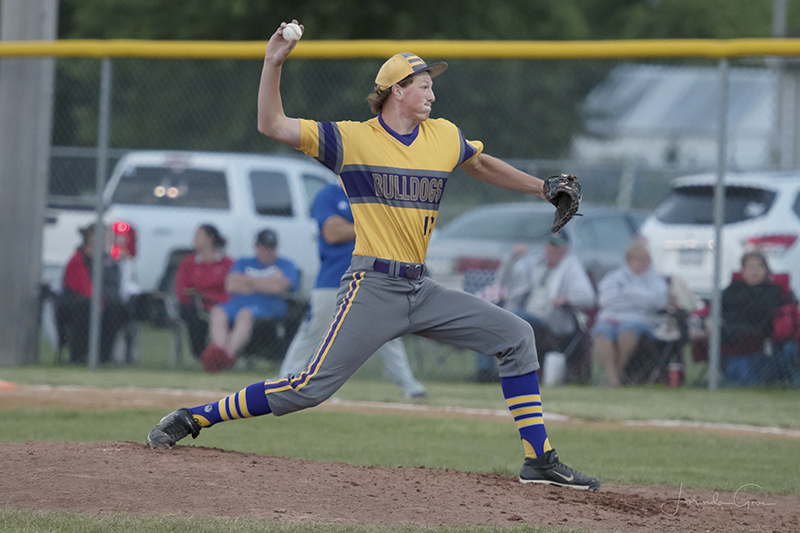 Lake Mills’ Gabe Irons throws in a pitch in the fourth inning of the win over Northwood-Kensett. Irons recorded one strikeout and gave up three runs in two innings of work. – Lory Groe/For the Albert Lea Tribune.

Lake Mills would widen the lead even more in the fourth inning. Two throwing errors by the Vikings added two more runs for the Bulldogs and two RBI base hits from Sifuentes and Groe.

With the Bulldogs leading 8-0, the Vikings scored three runs in the fifth to cut into the lead. Three consecutive RBI singles from Caden Schrage, Hayden Halbach and Gavin Varner made the score 8-3 in favor of Lake Mills.

The Bulldogs would come back and add another run in the fifth, thanks to an RBI double from Alex Martinson. The game would end in the sixth inning when Lake Mills went up by 10 runs. A bases loaded walk and two wild pitches drove in the final runs.

With the victory, Lake Mills advances to the third round of the playoffs and will face Bishop Garrigan, Algona at 7 p.m. Saturday in Lake Mills. 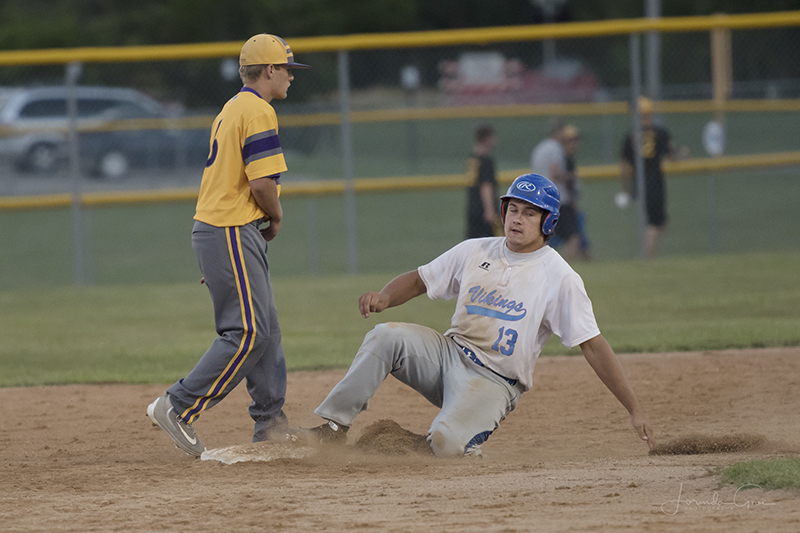 Vikings junior Garret Thompson slides into second base during the fourth inning of Thursday’s game against the Bulldogs. Lake Mills would go on to win 13-3, advancing to the third round of the playoffs. – Lory Groe/For the Albert Lea Tribune.