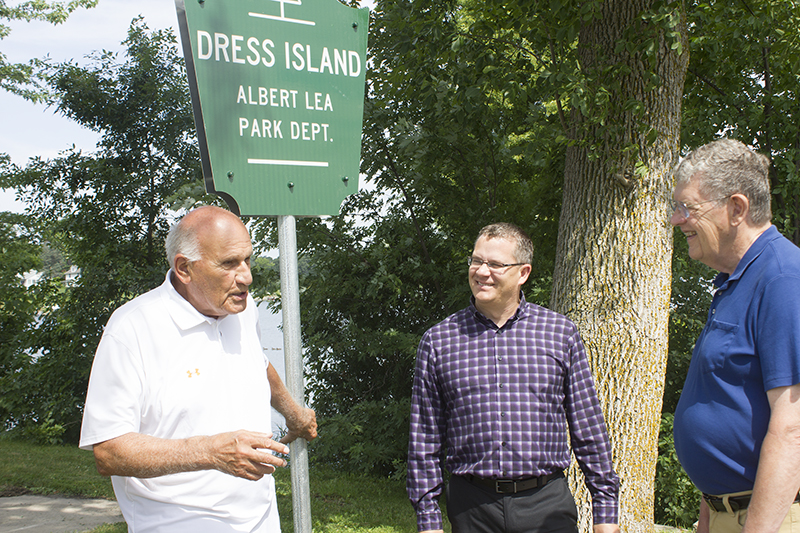 A sign is now in place at Dress Island to honor the family who donated the property to the city approximately 40 years ago and has contributed to the growth of Albert Lea for decades.

A ceremony recognizing the newly-installed sign dedicated to the Dress family was Thursday.

Dress, who said he donated the property around 1978, noted the site is used for proms and weddings. 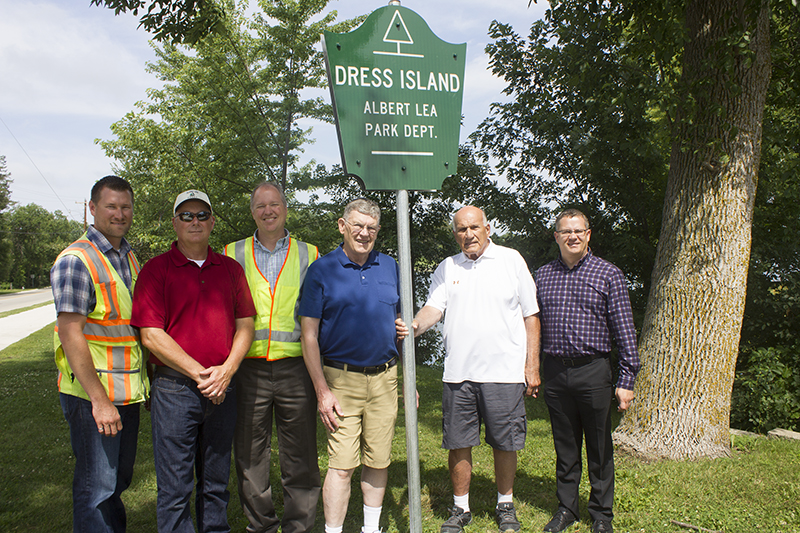 Dress, whose parents were from Greece, was born in 1932 in Albert Lea. After graduating from Albert Lea High School, he attended Hamline University, where he played football and ran track.

Dress, who owned an Albert Lea bar from 1956 to 1963, developed Northbridge Mall, the first Pizza Hut in Minnesota and other projects that benefited the Albert Lea community.

Dress, who founded the  Washington state-based store Ranch & Home, moved to Washington in 1992, and he continues to work there with his two sons, Bill and Jeff.

Albert Lea resident Dan Dorman said Dress has had a major impact on the community.

“It’s hard to look anywhere in Albert Lea where he hasn’t had an impact,” Dorman said.

He spoke of Dress helping to donate the Tiger statue at Albert Lea High School.

“He’s just been a strong community supporter — still is,” he said.

Dorman spoke highly of the vision Dress has as a developer.

“I think that’s what sets him apart from other people,” Dorman said.

Dress credited city leaders with their work in the city’s downtown district, and he spoke highly of the scenery Fountain Lake provides.