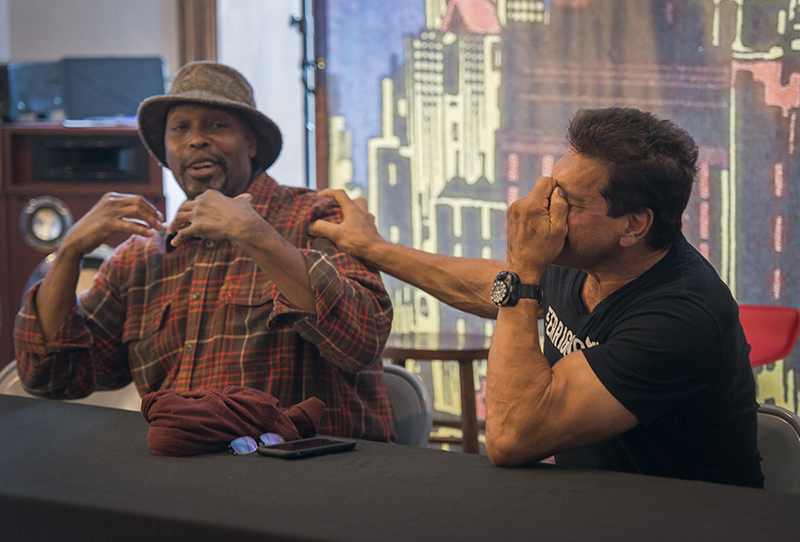 Lou Ferrigno tries to rein in his laughter as Eugene Clark tells stories from their time playing football together in Canada. The two actors were part of a panel during a press conference Friday at The Meraki Studios to promote this weekend's Chapel Con. - Colleen Harrison/Albert Lea Tribune

Friday night in Albert Lea was not the first time Mufasa and The Hulk met — in fact, it was on a football field in Canada.

A press conference was held at 4 p.m. Friday at The Meraki Studios in downtown Albert Lea, where celebrities Lou Ferrigno and Eugene Clark shared the spotlight with cosplayers SuperKayce, Knightmage and Hannah Eva, and YouTube sensation Real Breaking Nate.

Ferrigno, best known for his role in television’s “The Incredible Hulk,” and Clark, perhaps most known as Mufasa in stage versions of “The Lion King” or the zombie named Big Daddy in “Land of the Dead,” actually played professional football together in Canada with the Toronto Argonauts — a fact unbeknownst to Ferrigno until sitting at the press conference table with Clark.

“That is why you look so familiar,” Ferrigno said. 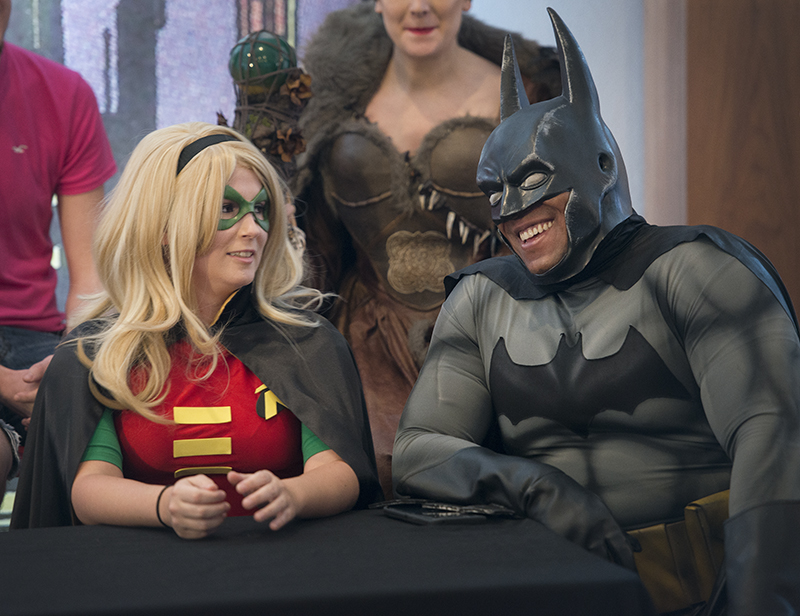 Cosplayers SuperKayce and Knightmage discuss how they got into cosplaying during Friday’s press conference. – Colleen Harrison/Albert Lea Tribune

The group of celebrities gathered on Friday in hopes of attracting even more visitors to this weekend’s first-ever Chapel Con event in Albert Lea. Chapel Con will be Saturday and Sunday at Albert Lea City Arena and will feature over 100 vendors and artists from all around the country.

“People in this town need a show like this,” Ferrigno said.

Event organizers Gilbert Johnson Jr. and Randy Harig, as well as some of the celebrated guests, joined in on the questions for the celebrities. Questions for Ferrigno included, “What was it like training for Mr. Universe?” and “How did you get the part of the Incredible Hulk?” in which Ferrigno replied — “they wanted to find the biggest guy they could.”

Clark and Ferrigno reflected on their time as athletes in Canada, as well as their acting careers. All six guests on the panel said passion is what drove them to their current positions.

“Embrace your passion,” Ferrigno said. “If I didn’t embrace my passion, I wouldn’t be sitting here today.”

The guests said that their short time in Albert Lea so far has revealed beauty, tranquility, peace, hospitality and an ability to step away from the big city. 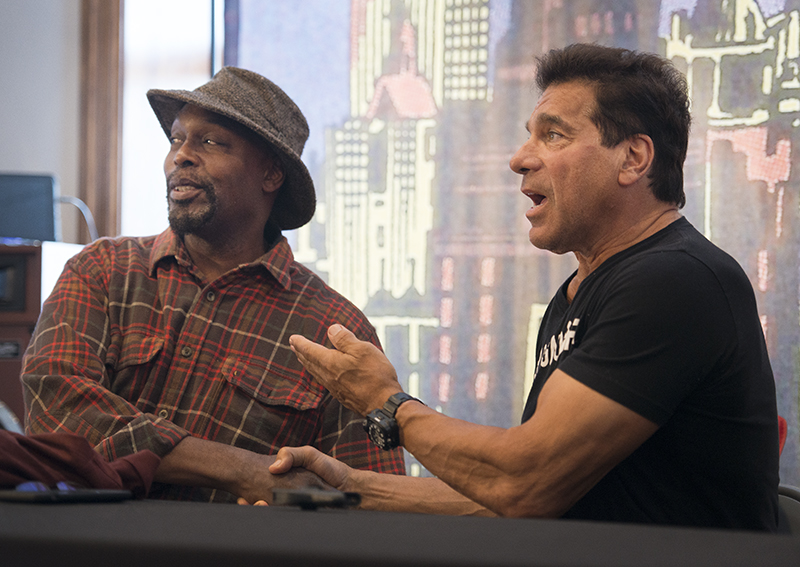 Cosplayer Knightmage, who showed up as Batman to the press conference, said comic conventions and the event in Albert Lea this weekend are great because they are packed with a really social group full of “socially awkward people.”

Clark said that conventions such as Chapel Con are wonderful because “you don’t need a date — and you can wear whatever you want — just wear something.”

Clark will be in full Big Daddy zombie makeup Saturday and Sunday at the convention, courtesy of professional makeup artist Megan Grant, who will also be in attendance. Ferrigno will be at the convention both days, as well.

Johnson said icons are hard to come by these days in pop culture, but Ferrigno will always be an icon because he was the only “real” Hulk character on television that did not need the help of computers to build muscle.

“The CGI can’t sign autographs, I can,” Ferrigno said. 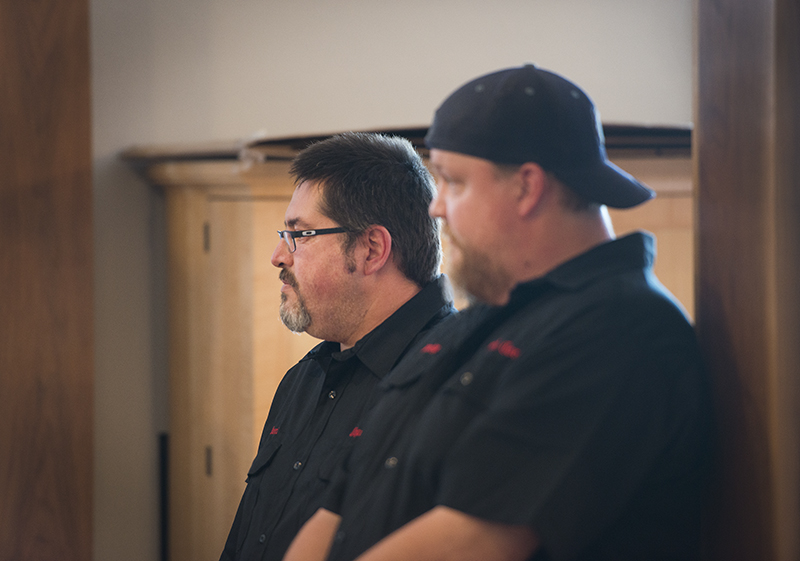 Clark said he hopes everyone comes out and shows up to let people know that Albert Lea can put on a show.

Chapel Con organizers said everyone is welcome to join them at 112 on Broadway Saturday night following the first day of Chapel Con for a block party from 9:30 to 11:30 p.m., roughly, in downtown Albert Lea.

For more information on the event, visit chapelcon.com or the Chapel Con Facebook page. 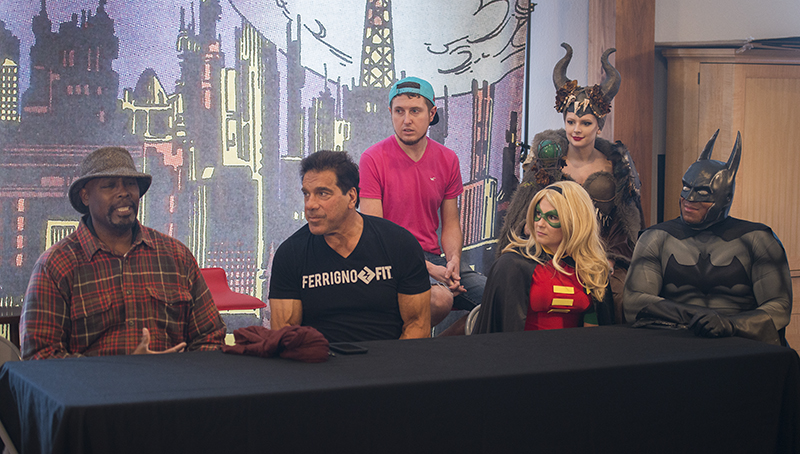 How much: a one-day general admission ticket is $21 for adults and $14 for children