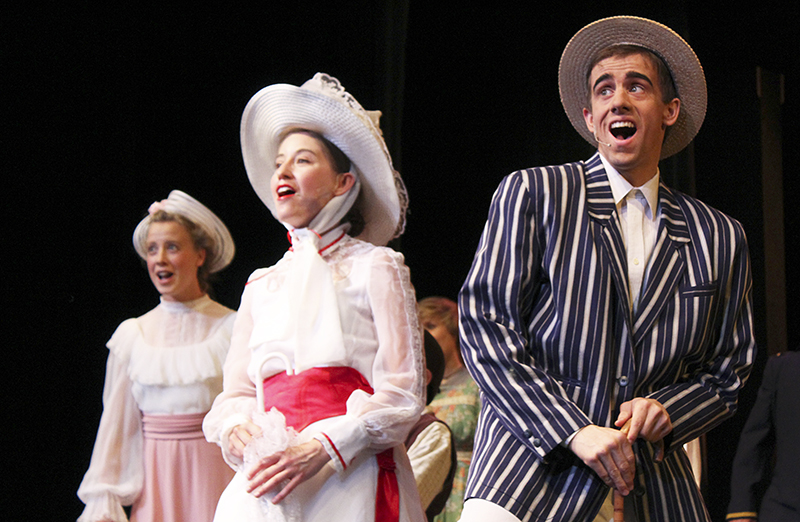 “It has been going just amazingly well — we are just thrilled,” co-director Glen Parsons said Monday.

One of the most popular Disney movies of all time is capturing hearts in a whole new way — as a practically perfect musical. Young Jane and Michael Banks have sent many a nanny packing before Mary Poppins arrives on their doorstep. Using a combination of magic and common sense, she must teach the Banks family how to value each other again.

Disney and Cameron Mackintosh’s “Mary Poppins” is an enchanting mixture of irresistible story, breathtaking dance numbers and unforgettable songs, such as “A Spoonful of Sugar,” “Jolly Holiday” and “Supercalifragilisticexpialidocious.”

Steve Kinney was originally set to direct the production as well as design the set and act as a technical director for the musical. After the cast was set, Kinney suffered an injury to his vertebrae that caused him to step aside as director.

Parsons, who was not involved in the production at the time, was asked to direct the production while Kinney focused on his other duties. Parsons said he was surprised by the request and agreed under one condition — he wanted to co-direct with Albert Lea High School’s musical and choral director Diane Heaney. The pair received a call to direct the Friday before Tuesday rehearsals began.

“I am thankful that we each have as much experience as we do,” Parsons said about the partnership with Heaney. 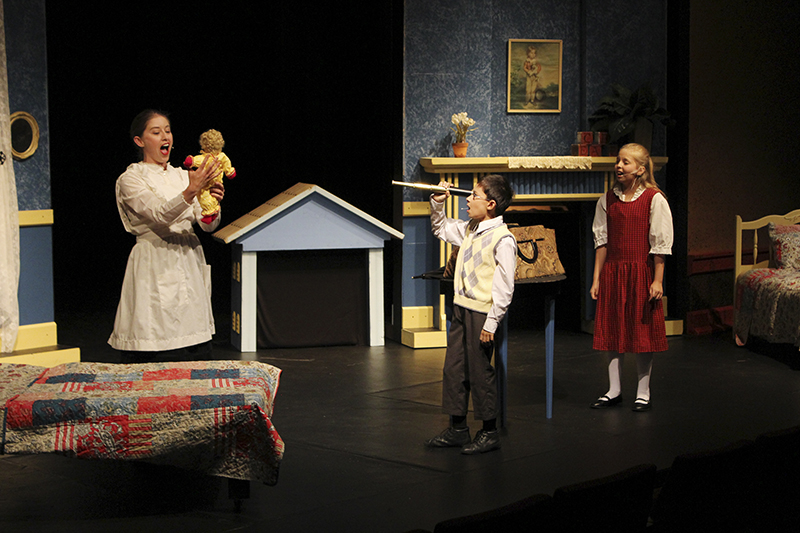 Another partnership that has formed throughout the production of the musical has been the dynamic between Luke Zacharias and Rebecca Griffin, who play Bert and Mary Poppins. Parsons praised the dedication the pair has contributed to the production.

Parsons, who taught in the Albert Lea school district for 35 years, got involved with the community theater in 1970, his first year of teaching. Parsons called teaching his vocation, while theater was his avocation. “Mary Poppins” combined Parson’s passions and allowed him to work with children once again.

“Neither one of us wanted to (direct) alone, and we work well together,” Heaney said. She said the experience has been different because she is working with adults on a team, while at the high school, she works more independently.

“With this show, so much of it is intertwined with the music. The music drives the show,” Heaney said.

Heaney also plays “Miss Andrew,” the villain of the production.

“It has really been fun and the cast we are so thankful for,” Parsons said.

He said he has been impressed with two of the youngest members of the musical, Joshua Brooks and Claire Levine, who play the Banks children.

“Mary Poppins,” co-directed by Heaney and Parsons with music direction by Barb Lang and choreography by Joyce Matthies, along with and a cast of more than 30 adults and children, will be performed Thursday through Sunday and July 19 through 22 at the Marion Ross Performing Arts Center in downtown Albert Lea. All shows start at 7:30 p.m., with the exception of the Sunday matinee and an additional matinee on July 22 slated to start at 2 p.m.

“(The show) is almost sold out,” Parsons said. “We are thrilled.”

Tickets are still available but are limited due to space. The cost of the tickets are $18 for adults and $10 for students. Tickets may be purchased over the phone by calling 1-877-730-3144, online at actonbroadway.com or at the box office, which is open at 8:30 a.m. Monday through Thursday. Tickets are also available at the Albert Lea Convention and Visitors Bureau. 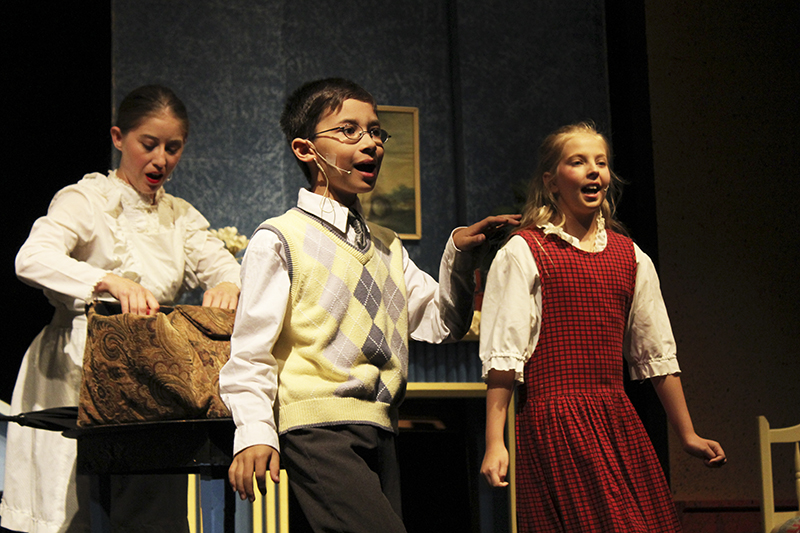 Mary Poppins reaches into her magic bag after her arrival at the Banks’ home. Tha Banks children sing along to “Practically Perfect” in act one, scene three Monday night at rehearsal. – Evelyn Seffinga/Albert Lea Tribune