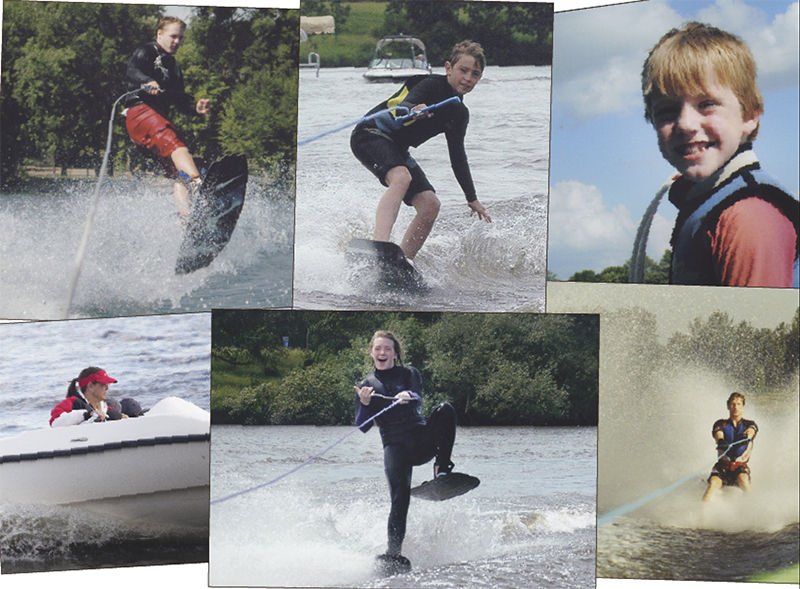 Over the past 20 years, the Zogg family has been a part of the Bayside Water Ski Show Team. Pictured from over the years, clockwise from top left, are Kevin, Kyle, Aaron, Brian, Bethany and Deanne Zogg. - Provided

The Zogg family, which started water skiing when their oldest child, Bethany, was 9 years old, has spent the last 20 years with the Bayside Water Ski Show Team.

This season marks the Zoggs’ last year with the team, as all of their children have graduated.

Brian and Deanne Zogg are the parents of Bethany, Kevin, Kyle and Aaron Zogg. All six Zoggs either are or were on the Bayside Water Ski Show Team at some point in their lives.

“That is why we joined in the first place — we didn’t want to be going to baseball and hockey and soccer and all the different things and splitting our family apart. Skiing has just been great because we could all do it as a family. No matter what age they were or what skill level they were, there was something they could do to participate,” Deanne Zogg said.

The family had no show experience when they got started with the Bayside team in Albert Lea.

“It was just a great family opportunity,” Deanne Zogg said. “All going to the same place, all experiencing the same things. It was just nice to be involved with the whole family.”

Over the years, the family has influenced other members of the team.

As a 12-year member of the Bayside Water Ski team, Kristin Dulas reached out to express the gratitude she holds for the Zogg family.

“They are not people that would toot their own horn,” Dulas said.

She credited the Zogg family, especially Brian and Deanne Zogg, for extra hours spent committed to teaching the sport to her and others. Dulas said when she joined the Bayside team, she skied with her left foot forward, which would not work for the choreography of the Bayside team in Albert Lea. She said the Zoggs helped her start over and learn how to ski with her right foot forward. 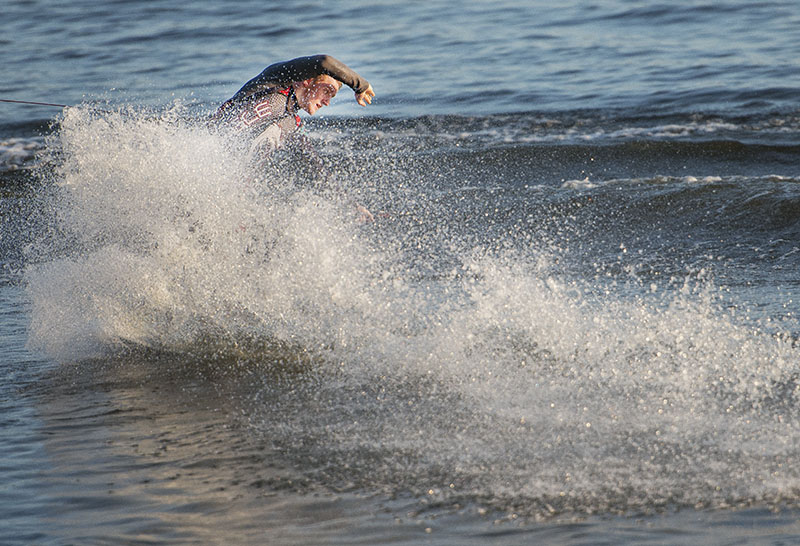 “I can’t even imagine how many kids and people we have taught to ski,” Deanne Zogg said.

“Through the years, it would be interesting to know — I mean, every year you’re bringing in a whole new crew,” Brian Zogg said.

Dulas called the Zogg family “unbelievable athletes on the water” and a “major drive” for the Bayside Water Ski Show Team. Dulas credited Deanne Zogg specifically for stressing the safety of the skiers behind the boats.

“They have given, and given and given to the team,” Dulas said.

Starting from very little experience, the Zogg parents agreed that the learning curve was steep over the years. Both Brian and Deanne Zogg had skied recreationally before the family joined the team, however, their children had never skied.

Although she does ski, Deanne Zogg emerged as a strong driver of the boats as a way to participate in the family’s hobby. Deanne Zogg said it was five years before she was totally comfortable driving the “twin rig.”

“Honestly, in the Midwest region, I don’t know of another female twin driver,” Deanne Zogg said about her position on the team.

“Deanne has turned a lot of heads of other drivers through the years,” Brian Zogg said.

Part of the reason the Zoggs decided to retire from the Bayside team was simply time — the parents had not seen their two youngest boys ski together with the River Rats yet this year. They said it would be nice to be a little bit less tied down to spend time with their family. The couple said they had not taken a real summer vacation in 20 years. Deanne Zogg said she had driven just about every Tuesday, Thursday and Saturday for two decades, as well as some weeks that were six or seven nights a week.

“Everyone is replaceable,” Deanne Zogg said. “I know that there will be somebody else that will step in very ably and take over — but you kind of have to leave for that to happen.”

As a family, the Zoggs were only part of the Bayside Water Ski team. However, their children each branched out and skied with other teams after leaving Albert Lea.

“It is not that it is not fun anymore — it is still fun — but there are just other things, and sometimes after a couple decades you figure it is time to do something else, too,” Brian Zogg said.

The couple took their 2 1/2-year-old granddaughter out on the water last weekend to begin teaching her how to ski.

“Water skiing will remain part of our family life — it has been such a big part of our summers for a long time,” Deanne Zogg said.

Aaron Zogg is 18 and graduated from Albert Lea High School this spring. He will attend Riverland Community College in the fall, while skiing with his older brother, Kyle Zogg, and the Division 1 Twin Cities River Rats. The Bayside team is a Division 2 team.

Bethany and Kevin Zogg, the two oldest Zogg children, both skied for the University of Sioux Falls during their college careers.

“It was a lot to learn through the years — you learn, and you teach a lot, and it is a see one, do one, teach one kind of thing,” Brian Zogg said.

Deanne and Brian Zogg own Zogg Dermatology in Albert Lea. The couple credited Doug Edward, a chiropractor in Albert Lea, for getting the family involved with Bayside, and Ed Torres, a Division 1 boat driver out of Rockford, for teaching Deanne Zogg to drive a twin rig boat. 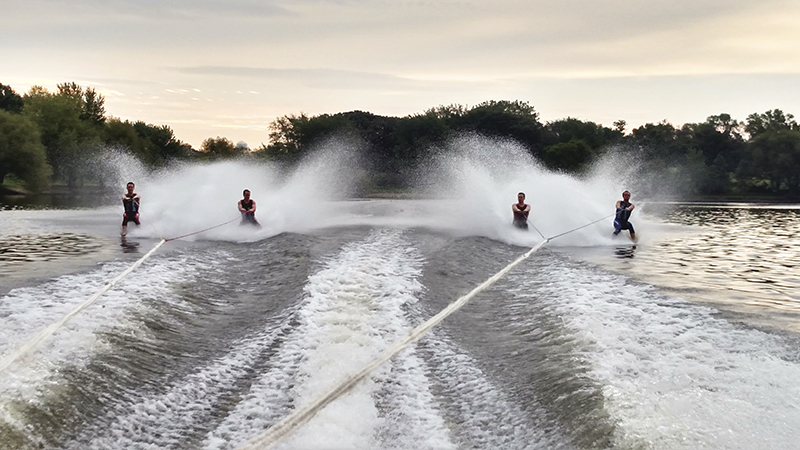