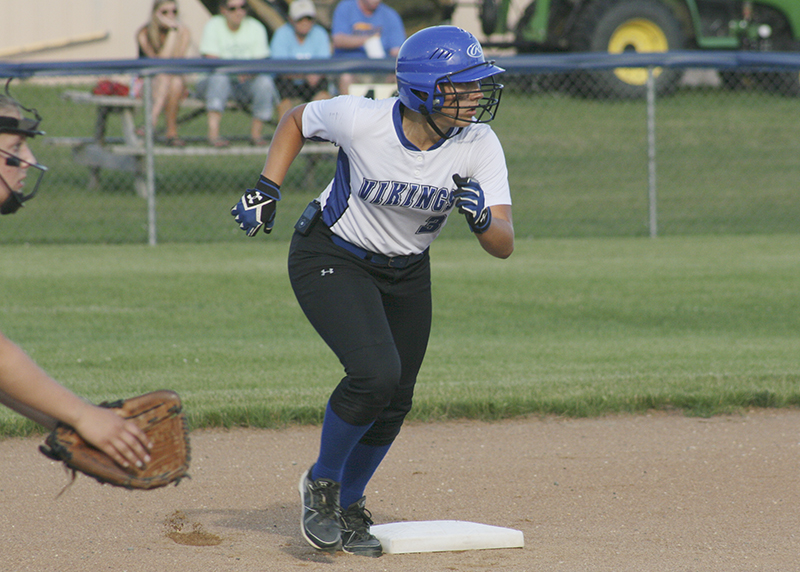 Viking sophomore Laura Hopperstad takes off from second base in the first inning of Northwood-Kensett’s first-round regional playoff game on Monday. Northwood-Kensett would fail to notch a win however, falling to North Iowa 2-4. - Tyler Julson/Albert Lea Tribune

Northwood-Kensett falls in first round of Iowa regional tourney

NORTHWOOD — The Northwood-Kensett softball team lost in the first round of regional play to North Iowa.

Despite a solid defensive performance, the Vikings couldn’t gain enough momentum to emerge victorious. The Vikings lost the game, 2-4, on Monday.

Starting in the circle for Northwood-Kensett was eighth-grader Kayla Senne. Senne had a strong outing, as she pitched six innings — giving up 11 hits and striking out seven batters.

The Bison got out to a 2-0 lead in the first inning, thanks to a two-run home run from senior Jessica Govern.

Northwood-Kensett would put up its first runs of the game in the fifth inning. A walk from Paige DeArmoun got the inning started, followed by a base hit from junior Taylor Jorgensen. Jocelyn Kluender hit the first run in with an RBI single. 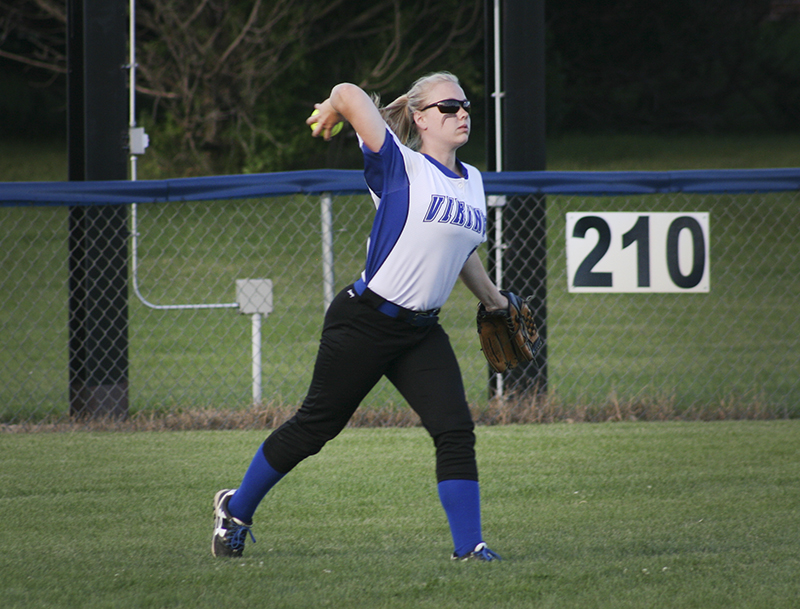 Northwood-Kensett sophomore Molly Hunchis attempts to make a play from the outfield Monday night. The Vikings would go on to lose the regional playoff game to the Bison, 2-4. – Tyler Julson/Albert Lea Tribune.

Two more consecutive walks from Molly Hunchis and Dusti Bratrud notched the Vikings’ second run of the inning, tying the game at two runs a piece.

North Iowa would answer right back with a two-run inning of its own. An RBI double from Rachel Schutter and an RBI single from Cassidy Sachs put the Bison back on top by two runs.

The Vikings would make things interesting in the final inning by putting two runners on base with only one out. However, the Bison were able to settle down and grab the final two outs — ending the Vikings’ season.

Northwood-Kensett recorded seven hits in the game, three of which came from Taylor Jorgensen.

The Vikings end their season with a 7-20 record, but only lose one senior, Jocelyn Kulender, as they head into next season.