Nicholette Sorensen of Rosemont, formerly of Albert Lea, was named on the University of Minnesota liberal arts dean’s list and graduated this spring. She will enter St. Thomas Law School in the fall with a full scholarship. 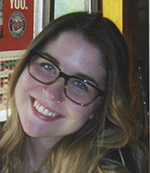 Sorensen is the daughter of Marcie and Mark Koethke and Rich and Krista Sorensen and the granddaughter of Roger and Marlene Olson and Diane and Denny Sorenson.

Dalton Westerlund of Albert Lea graduated from Upper Iowa University in May. He graduated with a Bachelor of Science degree in business administration.

Sarah Orban of Emmons, who is studying animal science at Iowa State University, took learning out of the classroom to explore the world by participating in a short-travel study abroad program this summer.

Orban participated in animal and dairy science in the Netherlands and spent time in Amsterdam.

The trip included a wide range of visits to gain an understanding of the dairy and other livestock industries in The Netherlands, including a variety of breeding and research stations, a factory that makes milk robots and other automation tools for livestock production and several livestock farms. Cultural sites included a visit to the Rijksmuseum and Anne Frank House and students traveled the city by bike.

Daniel Schindler, a Albert Lea class of 2005 graduate and son of Gary and Jeanne Schindler, graduated from the University of North Carolina-Chapel Hill with his doctorate in archeology. He departed after his graduation to the Huquq village and synagogue archeological site in the eastern portion of Galilee in Israel. He served as the team’s ceramicist. In the fall, Schindler will serve as an adjunct professor at Elon University in Greensboro, North Carolina.