A celebration of life for Dennis Leroy Helmers will be from 2 to 4 p.m. Saturday  at his residence in Hernando, Florida.

Dennis passed away peacefully Wednesday, July 26, 2017, at Hospice of Lecanto, Florida. He was 76. 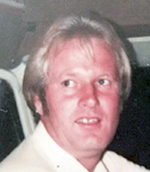 Dennis was born March 30, 1941, in Albert Lea. He was the son of Robert and Helen (Engholm) Helmers. He attended public school in Albert Lea and Hollandale.

Dennis was united in marriage to Judith Ann Mott on March 17, 1973, in Northwood. They lived in various homes in Minnesota, Iowa, Las Vegas, Alabama,  Florida and most recently in Hernando, Florida.

Dennis was a car/RV salesman and business owner. He had many stories to tell of his life and was full of laughter.

He was preceded in death by his parents Robert and Helen Helmers; brothers Arthur Helmers, Ronald Helmers, Darle Helmers and Gordon Helmers; and his daughter, Holly Helmers, in 2015.