Jim Oliver of Eau Claire, Wisconsin, was the former editor of the Albert Lea Tribune from 1970 to 1985.

Events of recent weeks have shown that the management of the Mayo Clinic had no clue as to the powerful bond that exists between the medical facility once known as Naeve Hospital and the widespread community it has served for so many years. 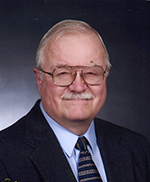 Despite its well-deserved reputation as the deliverer of high-quality health care, the arrogance of Mayo has been evident for many years. However, the inexcusable announcement by news release that it intends to eliminate in-patient services in the since re-named Albert Lea hospital reached new heights of insensitivity.

I moved to Albert Lea in January of 1966. One of my early assignments as a rookie reporter for the Albert Lea Tribune was to tag along with then editor Stan Carlson to take pictures at a community meeting at the Albert Lea High School Auditorium involving Naeve Hospital.

As I recall, the meeting was called because of what many community leaders called a lack of information coming to the public from the Naeve board of trustees. The argument was that while Naeve was a private nonprofit organization, it was considered by many as a “quasi-public” entity. In addition to a large crowd, the meeting was attended by many, if not all, of the members of the board of trustees, who made themselves available to answer questions. As I recall, there were also members of the medical staff present.

The eventual result of the meeting was that the trustees began holding a monthly press conference on the morning after the trustees meeting to report what actions it had taken. Those conferences were usually attended by Al Carstens of KATE Radio, a couple of reporters from Austin broadcast stations and me.

A few years later, the board made what at the time was a controversial decision. Someone presented the idea that the name “Naeve” was confusing because some may have thought it was a military facility as the name was pronounced “navy.” Opposition inspired another public meeting in the high school auditorium. Again, it drew a pretty big crowd and many, if not all, of the trustees. As a result of the opposition, the trustees reversed the decision, and the Naeve name was retained.

While the community kept a close eye on the board of trustees and let them know when a decision was not popular, the public responded to raise money for a new hospital in the early 1970s when the old outdated facility was threatened with the loss of accreditation.

My family and I moved from Albert Lea in 1985. I wasn’t able to keep track of happenings there until the birth of the internet enabled me to check the Albert Lea Tribune webpage each day. I was surprised to learn that at some point during the 1990s, the hospital’s name was changed from “Naeve.” But nothing shocked me as much as the recent announcement that the Lords of Mayo were ending inpatient services at the Albert Lea hospital and moving them to Austin.

So, why do I care? I am retired and now live in Eau Claire, Wisconsin. My visits to Albert Lea are rare although I try to stay in touch with old friends.

As I indicated, my relationship with Naeve Hospital began early in my life in Albert Lea. In addition to hospital stories for the Tribune, I covered activities at the Naeve School of Nursing until it closed.

I contributed financially to the capital fund drive for the new hospital. When it was completed, I was among the people who led tours through the facility during dedication activities. And, I am proud to say I was invited to be one of the first male members of the Naeve Hospital Auxiliary and spent many Saturday evenings staffing the information desk.

This is a long way of getting around to saying how proud I am to hear about the reaction of the community to Mayo Clinic’s insensitive move to downgrade health care in southern Minnesota and northern Iowa. I just hope the efforts of the community will call widespread attention to the insensitive actions of Mayo Clinic management.