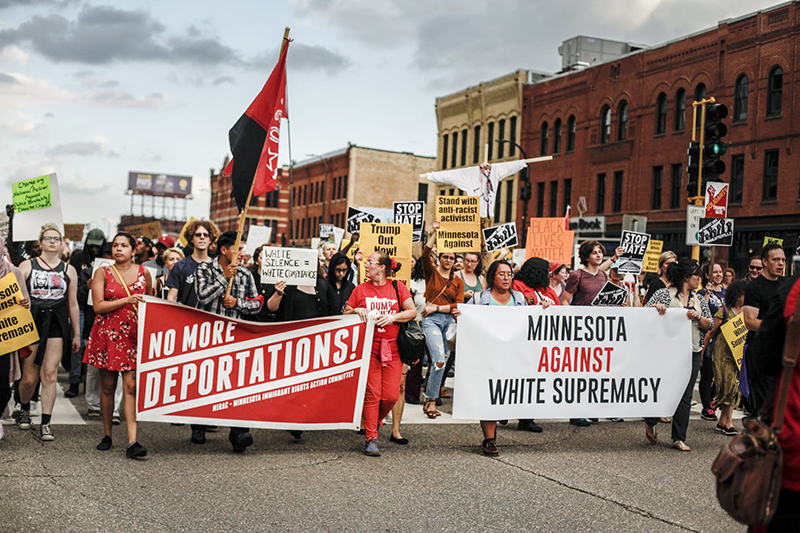 Hundreds of anti-racism protesters demonstrated in front of the Minnesota Republican Party headquarters Monday, and then wound their way through Minneapolis.

The protesters carried signs opposing racism and the violence that erupted in Charlottesville, Virginia, during a white nationalist demonstration against the planned removal of a statue of Confederate General Robert E. Lee. One woman died and more were injured when a car plowed into a group of counter-protesters. 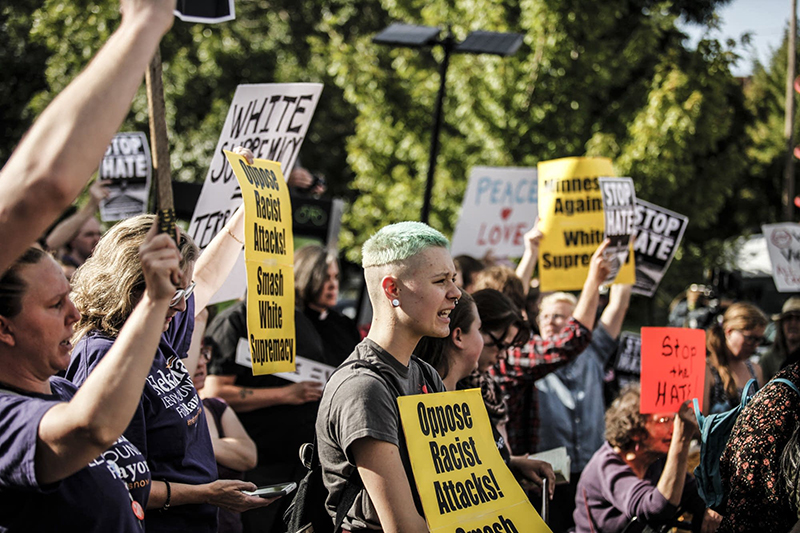 President Donald Trump, under pressure after initially condemning what he called an “egregious display of hatred, bigotry and violence on many sides, on many sides,” on Monday declared that “racism is evil” and described members of the Ku Klux Klan, neo-Nazis and white supremacists who take part in violence as “criminals and thugs.”

In Minneapolis, light rail trains were delayed for at least an hour, and rush hour traffic was stopped along parts of the march through the Cedar-Riverside neighborhood and around the business district.

The Minneapolis police department said Monday night no arrests were made.

Adriana Cerrillo, with the group Minnesota Immigrant Rights Action Committee, led some of the chants.

“We must unite. We need to take action to own the city, and to say exactly what it is that we want,” Cerrillo shouted.

Minnesota Republican Party chairwoman Jennifer Carnahan said the groups have the right to peacefully protest, but she rejects allegations that the party in general is racist.

— The Associated Press contributed reporting to this story.