Memorial services for Jim Pilgrim will be at 10:30 a.m. Wednesday at First Lutheran Church in Albert Lea. The Rev. John Holt will officiate. Visitation will be from 4 to 7 p.m. today at Bonnerup Funeral Service in Albert Lea, and again one hour prior to the service. Interment will be in Graceland Cemetery in Albert Lea.

James “Jim” Pilgrim passed away on Sunday, Aug. 6, 2017, at Mayo Clinic in Rochester at the age of 65. James was born on July 25, 1952, to parents LeRoy and Hazel (Leeper) Pilgrim in Albert Lea. He had a very musical upbringing and co-wrote the high school musical, “Farewell Philbert!” He graduated from Albert Lea High School in 1970 and attended Brown Institute for broadcasting in Minneapolis. 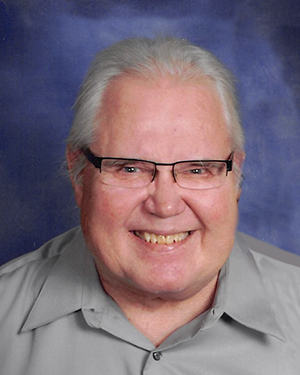 On Oct. 5, 1974, Jim married Deborah Meyer at St. John’s Catholic Church in Wahpeton, North Dakota. Together, they made their home in Albert Lea.

Music was Jim’s life. In his younger years he played bass guitar in the band Ricky Redstreak & The Fireballs and taught himself to play many other instruments. While raising his daughter, Addie, they would sing and record songs together. Jim loved all genres of music except rap and spent his career in radio broadcasting.

Jim started out working for KATE Radio as a deejay and radio show host for many years. Through his work, he met several famous stars during over-the-phone interviews and collected their autographed photos. He befriended Lawrence Welk and fulfilled his wife’s lifelong dream by flying out to Los Angeles so she could dance with Lawrence on the show. For several years Jim was the CEO of the Convention and Visitors Bureau. He returned to broadcasting at Power 96, where he handled sales, news and a weekly show with Jay Paul.

Throughout the years, the party was always in Jim and Debbie’s backyard, especially during Fourth of July celebrations. They hosted several movie nights with friends, watching old-time movies using Jim’s projector. He had a large collection of Laurel & Hardy films and old radio plays. Jim was kind-hearted and enjoyed making people laugh and having a good time.

Jim was preceded in death by his parents; mother- and father-in-law Al and Nellie Meyer; and brothers-in-law Warren Meyer and Delwood Meyer.