Tigers put on a soccer clinic 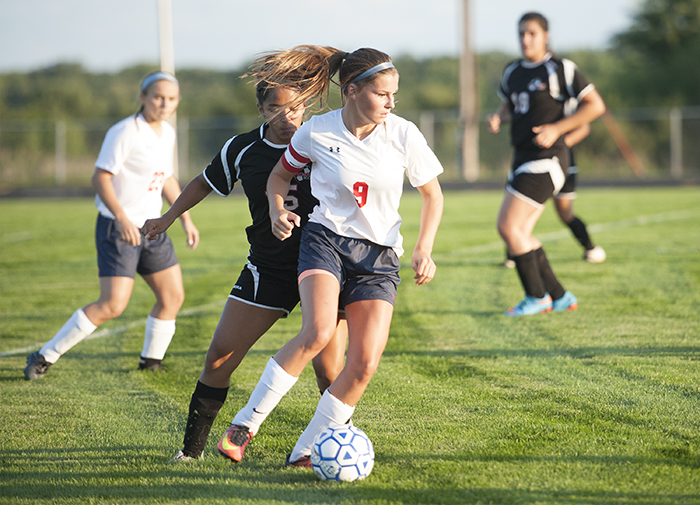 Senior Rachel Rehnelt dribbles the ball past a Worthington defender in Tuesday night’s 11-0 win. Rehnelt scored the second goal of the game with about 10 minutes to go in the first half. - Tyler Julson/Albert Lea Tribune

Albert Lea opens its season by shutting out Worthington at home

The Albert Lea girls’ soccer team put on a clinic Tuesday night in its home opener against Worthington. The Tigers dominated on both ends of the field as they went on to crush the Trojans 11-0.

Albert Lea took a comfortable 3-0 lead over Worthington into halftime. Although they were firmly in control, the Tigers weren’t finished just yet.

Around two minutes into the second half, freshman Jacy Rosas scored two consecutive goals within one minute of each other. If they didn’t have it already, the Tigers surely had all the momentum on their side. 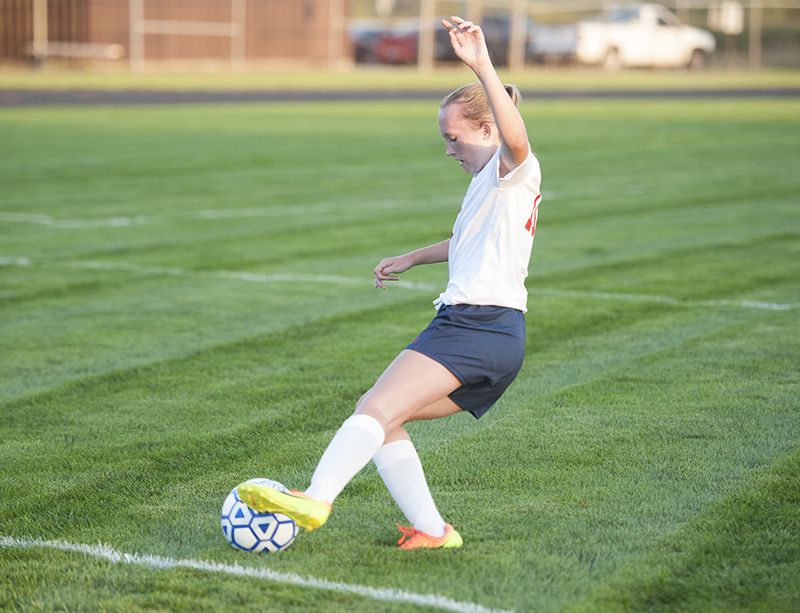 The Tigers continued their domination, scoring three more goals in the final 10 minutes of the game. The goals included one from sophomore Turena Schultz, as well as Fjermestad and Schneider each scoring their second goals of the night.

The Tigers not only controlled the game on offense, but defensively as well with a good majority of the game being played on Worthington’s side of the field. Sophomore goalie Marissa Vogt recorded her first career shutout.

Albert Lea starts 1-0 on the season and will look to continue its winning ways when it takes on Northfield at home at 7 p.m. Thursday.