Tigers shut out by the Raiders 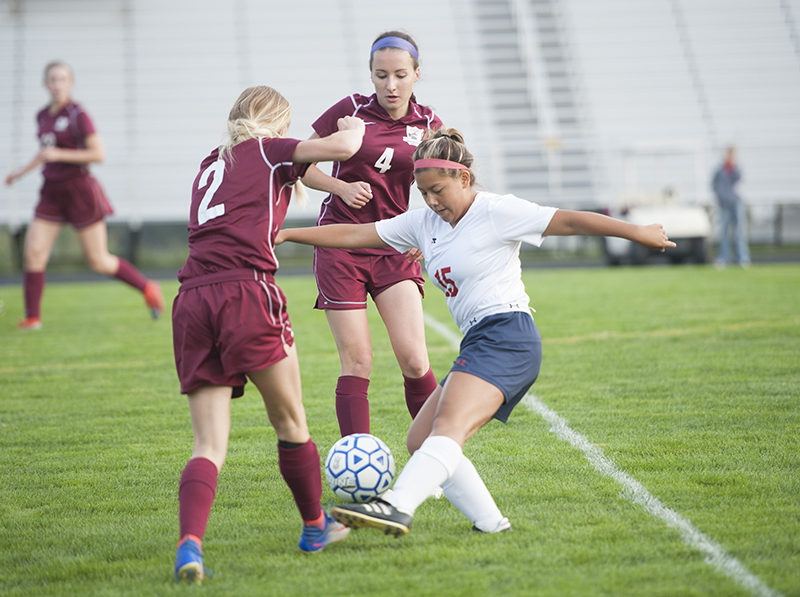 Freshman Jacy Rosas attempts to push the ball past two Northfield defenders Thursday night. The Tigers would go on to lose the match, 5-0; their record moves to 1-1 on the season. - Tyler JulsonAlbert Lea Tribune

Despite its best efforts, Albert Lea fails to score against Northfield

The Albert Lea girls’ soccer team recorded its first loss of the season Thursday night against Northfield. The Tigers were unable to keep up with the speed of the Raiders, falling 5-0.

Coming off of a 11-0 win just two days ago, the Tigers entered their matchup against the Raiders with a wave of momentum behind them. Albert Lea was able to hang around with Northfield for a majority of the first half, but three late goals by Northfield sent the match to halftime with Albert Lea trailing 3-0. 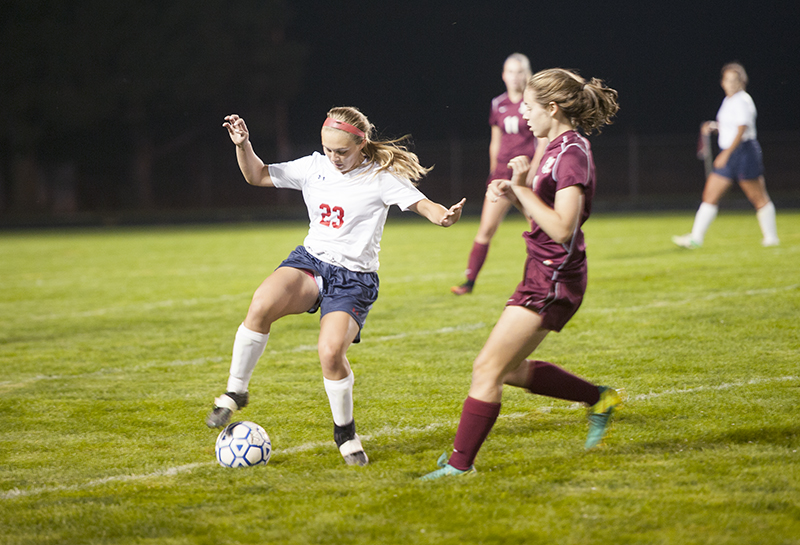 Senior Maddie Fjermestad shows her dribbling skills, moving around a defender late in the loss to Northfield Thursday night. Fjermestad and the Tigers will play again on Tuesday when they travel to Owatonna. – Tyler Julson/Albert Lea Tribune

The three goals for the Raiders came from seniors Maddi Goldsworthy and Clara Noack, and junior Lily Hanlon.

Although they were losing, the Tigers were holding their own in terms of physicality. They played aggressively, winning many battles for the ball and showed great moxie against an older, more-experienced team.

Albert Lea came out of halftime attacking the ball, which resulted in most of the half being played on Northfield’s side of the field. Despite the aggressiveness, the Tigers would allow two more goals in the second half.

Albert Lea falls to 1-1 on the season and will look to bounce back from the loss on Tuesday when it travels to Owatonna.