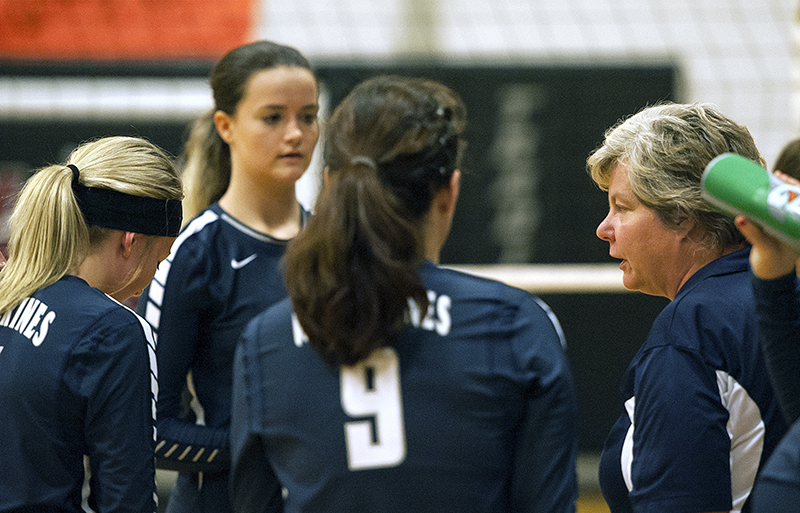 The Glenville-Emmons volleyball team is under new leadership as Krystle Belshan takes on the role of head coach. This will be her first year as a head coach for a high school program.

Belshan is originally from Geneva, went to NRHEG High School and played volleyball, basketball and track. She attended Winona State University, where she was on the track and field team all four years.

After graduating, she taught at LeRoy-Ostrander for five years and was assistant volleyball coach for four years.

After 14 years of coaching, Lisa Ziebell stepped down as the Wolverines’ head coach to open the spot for Belshan. Ziebell is still coaching the junior varsity team and will be an assistant to Belshan in the 2017 season. 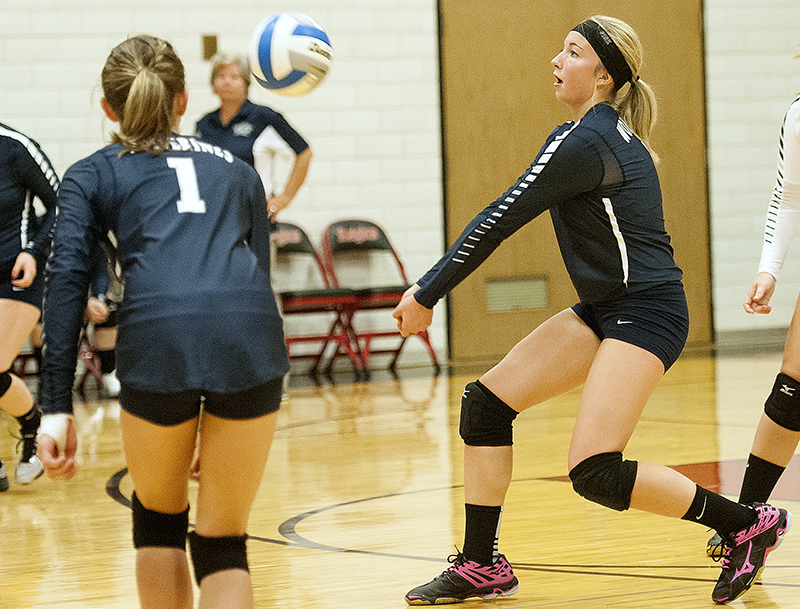 Halee Miller is one of the returning players for Glenville-Emmons in the 2017 season. The Wolverines are focused on development and improvement after a 1-22 record last year. – Micah Bader/Albert Lea Tribune

“She has so much knowledge about volleyball from coaching for many years,” Belshan said. “I know without a doubt she will be a great resource to turn to when I have any questions, especially as a first-year head coach.”

Belshan doesn’t foresee many problems transitioning to head coach, as she has been the coach for the Glenville-Emmons MSF team for the past two years.

“I grew up in the area and was active in 4-H, so many of the girls in the G-E program I have known for a few years,” Belshan said. “I have also been able to coach and have volleyball camps with a majority of them as well, so they know me. However, there are a few girls I have not had a chance to coach, but I am hoping to earn their respect as I have done with their teammates.”

Belshan described herself as a “transformational coach,” meaning she focuses on all athletes regardless of class or ability to create leaders. She likes it when her players give their own input and share their thought process about what’s going on out on the court.

Taking over a struggling team can be difficult; small enrollment numbers lead to a limited amount of athletes. However, Belshan wants to set the bar high in her first year.

“I have high expectations for these young ladies, and I refuse to lower them,” Belshan said. “By watching and getting to coach most of these girls the past two springs, I know what they can do when they set their expectation higher than what they think they can do. I think that will be key with this team’s success is having those high expectations, while building confidence back into the program.”