Alden restaurant to open its doors once more 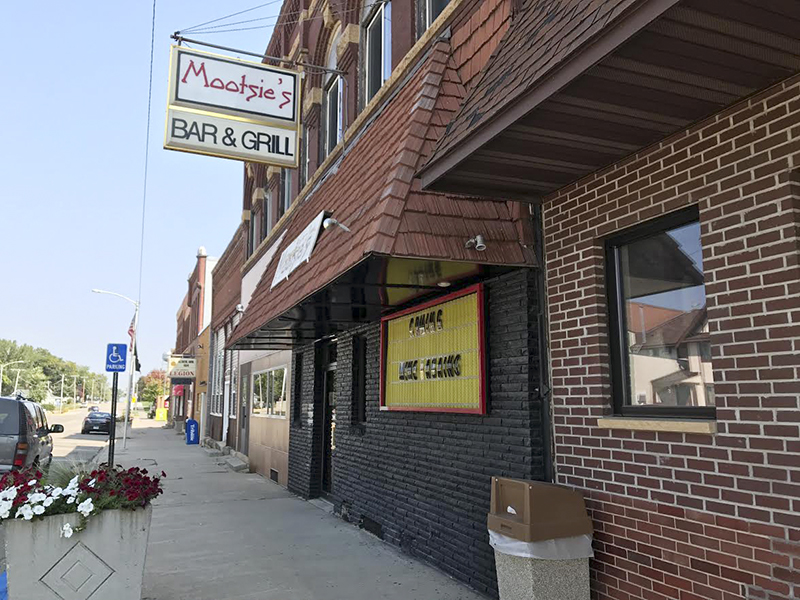 Colin and Sue Minehart, former owners of The Main Street Grill in Alden, will reopen their business under a new name in October. A different owner bought the building in the interim and operated under the name Mootsie’s Bar and Grill. - Kelly Wassenberg/Albert Lea Tribune

ALDEN — One Albert Lea resident is making the most of an unexpected setback by reopening his old restaurant under a new name.

Colin Minehart and his wife, Sue, had already retired from the restaurant business and moved onto different ventures when the contract on the sale of their building was left unfulfilled. He worked as sales consultant with an electronic pull tab company and had announced he would run for Congress. She worked as an office manager at Peterson Chiropractic.

Yet when their business space was vacated, the couple decided to return to the restaurant business, and the customers called their friends. This time, however, the business will be known as Mine Agains.

“We’re the Mineharts and it’s ours again after 3 1/2 years,” Colin Minehart said, explaining the new name.

The name change is part of the business’s way of reinventing itself, he said, but old customers will find similarities between the The Main Street Grill and Mine Agains.

First of all, most of the staff will be returning to work for the Mineharts.

The food will also be similar. This doesn’t mean the menu won’t see its fair share of changes. It means that the American menu will continue to serve what Colin Minehart refers to as good, homestyle cooking.

“It’s not heat and serve off the truck,” he said.

Colin Minehart has been working with area businesses, such as Conger Meats in an effort to keep his ingredients local.

“We want to source as much stuff as we can from the local folks, versus having all the trucks stop by,” he said.

The Mineharts hope to have Mine Agains open the first week in October, just in time for Alden-Conger’s Homecoming game.

In the beginning, Colin Minehart anticipates the business will be open at 4 p.m. Thursdays, Fridays and Saturdays and may expand from there.

“We realize we need to learn to walk again before we can run,” he said.

The restaurant will look different to former patrons of the restaurant, as well. Colin Minehart said he has ordered new signage, there are new tables in the front room, the floors are getting refinished and the carpet in the back room is being replaced. A fresh layer of paint will be added on the exterior and interior of the building.

Colin Minehart said the community has been taking notice of the activity surrounding the remodeling.

“I’ve already been working out there and just about every day someone’s pulling on the door,” he said.

Along with receiving questions as to when the business will reopen, he has been getting suggestions on exterior paint colors after painting small areas of the front with potential options, as well.

“We had more people comment about that, and then which color they liked,” he said. “It really brought a smile to our face knowing that people know and that people care, because we care about the community.”