Jensen was selected for the position after commissioners wrote the name of their preferred candidate on pieces of paper. Jensen received three votes, while Freeborn County Public Works Director Sue Miller received two votes. Following the written vote, commissioners unanimously voted to enter into the negotiation period with Jensen, which will be conducted by board Chairman Jim Nelson and interim Freeborn County Administrator Kelly Callahan. 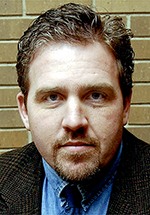 An Albert Lea native, Jensen, 51, has been employed with Freeborn County since 1997. He was promoted to his current position in the summer of 2000.

Jensen thanked commissioners for selecting him for the position.

“It’s a tremendous honor,” he said.

Jensen — who had not committed to accepting the position as of Tuesday afternoon — said he did not expect to be selected for the position.

Interim Freeborn County administrator Kelly Callahan has been filling in since former administrator John Kluever resigned in early May after being arrested for driving while intoxicated in Albert Lea.

District 5 Commissioner Mike Lee expressed confidence that Jensen will do a good job as administrator.

“I think he’ll do an excellent job,” he said.

Lee described Jensen as “straightforward” and as someone who listens.

Hiring a Freeborn County employee allows commissioners to have a better understanding of who the administrator is, Lee said.

Nelson said selecting Jensen was “a tough decision” because Jensen and Miller both had strong and weak aspects of their candidacy.

“Either one would do a good job,” he said.