Helping them find their forever home 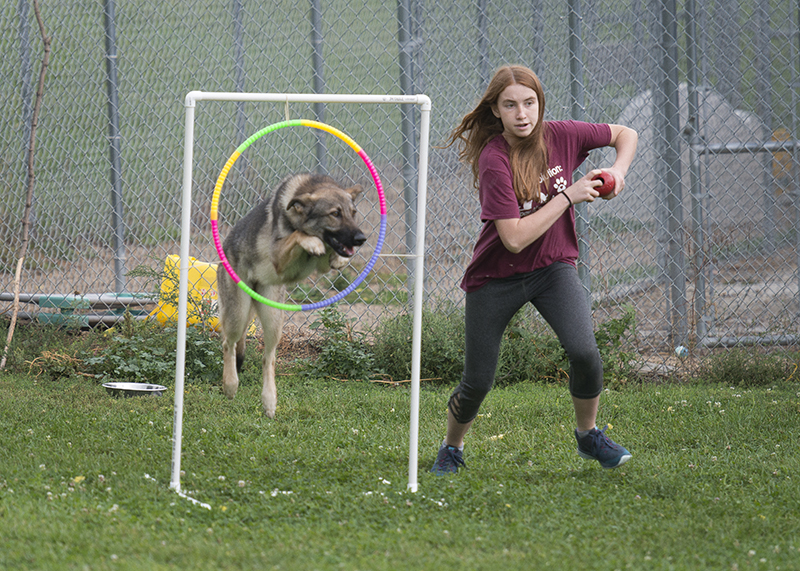 Emma Piechowski has been working through an agility course with dogs up for adoption at the Humane Society of Freeborn County. She believes the course gives the dogs an outlet for their energy and teaches them obedience, which helps get them adopted. - Colleen Harrison/Albert Lea Tribune

One Albert Lea teenager is doing what she can to make dogs at the Humane Society of Freeborn County more adoptable, and she’s doing it through exercise.

Emma Piechowski, 14, has been volunteering at the Humane Society for about four years. Her interest in the shelter initially sparked when she and some friends went in to look at the animals one day as a way to pass the time. From there Piechowski started returning to the shelter regularly to walk dogs, do adoption tours for cats and dogs, and is now training some of the dogs up for adoption on an agility course she put together herself. 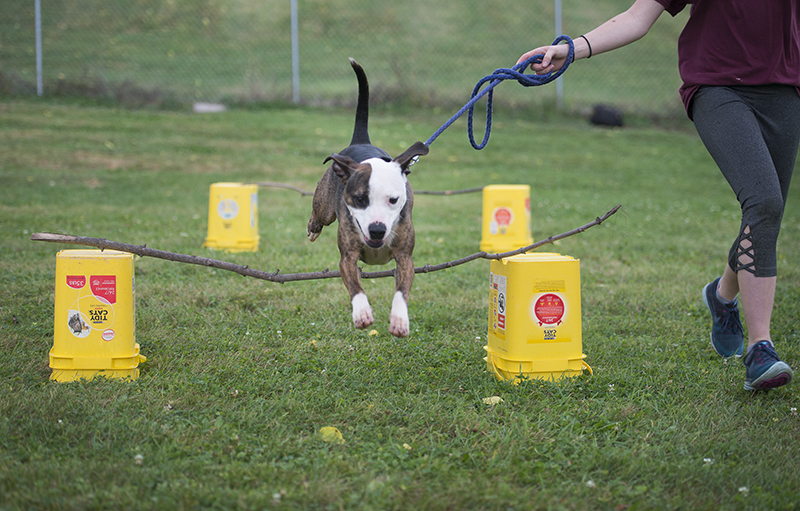 Piechowski, a freshman at Albert Lea High School, has pet dogs, cats and birds of her own, and has been doing agility work with her own dogs for about two years. She began doing agility work at the Humane Society with a dog named Taz about one month ago.

Taz was chosen by Piechowski as a dog who could use agility training because he was hyper and kept jumping up onto tables. She figured that with that amount of energy and athletic ability, the German shepherd/Belgian Malinois mix would do well on an agility course. 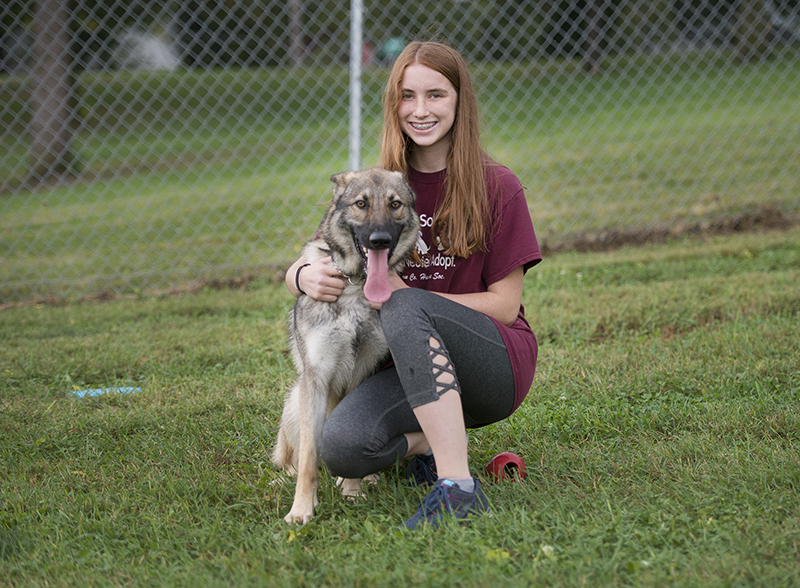 Emma Piechowski started doing agility work with Taz at the Humane Society of Freeborn County about one month ago. Taz was set to be adopted this past week. – Colleen Harrison/Albert Lea Tribune

Piechowski made some makeshift jumps using branches and buckets and, together with a small dog walk and a tire jump someone had made and donated to the shelter, started teaching Taz how to run the course. Over the month that she and Taz worked together, Piechowski said he became more obedient and calmer. By press time Taz was set to be adopted, and Piechowski thinks his success on the agility course helped make that happen.

“I feel that they (the dogs) will be more adoptable, as I will work on basic commands along with agility,” she said. “This also gives the shelter dogs a job while they are waiting for their forever home.” 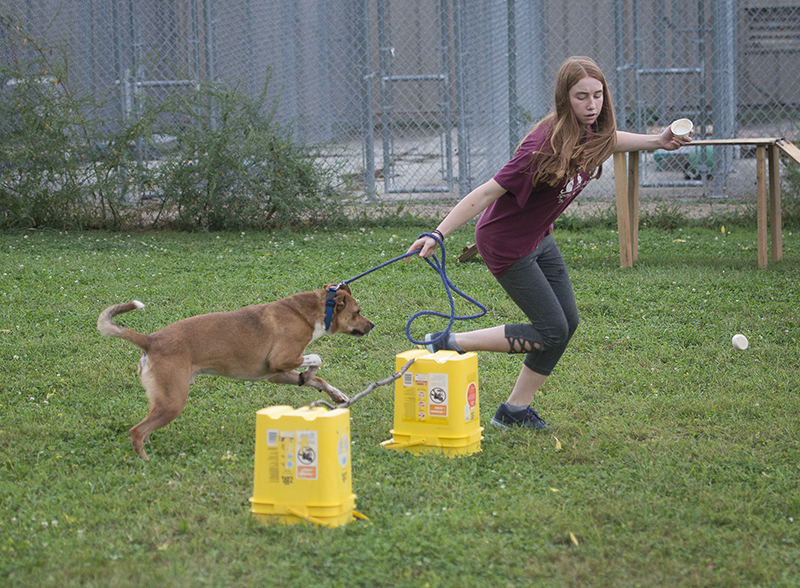 Piechowski is just starting Bandit on the agility course at the shelter. – Colleen Harrison/Albert Lea Tribune

Now, Piechowski is working the agility course with two other dogs up for adoption at the shelter — Peanut, a 2- or 3-year-old female pit bull/boxer mix, and Bandit, a 3- or 4-year-old male mix. Piechowski plans to work the course with other dogs in the future as more show interest or a need for doing the work. 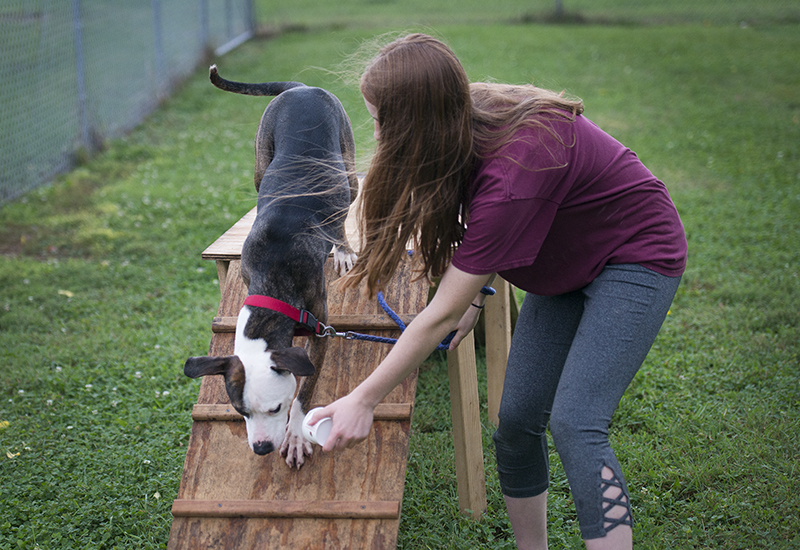 Piechowski shows Peanut how to go through the dog walk in the agility course she has put together at the Humane Society. – Colleen Harrison/Albert Lea Tribune

There are some items Piechowski would like to get for the course at the Humane Society, and has started to fundraise in order to make that happen. She’d like to get a larger dog walk, a teeter-totter and would like to get more jumps, as well as varying jumps for the course, among other items. She has started a GoFundMe page for donations at gf.me/u/ctgnkq, and donations can also be dropped off at the Humane Society, 101 James Ave. in Albert Lea. Its hours are 1 to 5 p.m. Tuesday and Thursday, noon to 5 p.m. Friday, 10 a.m. to 2 p.m. Saturday, and closed Monday, Wednesday and Sunday. 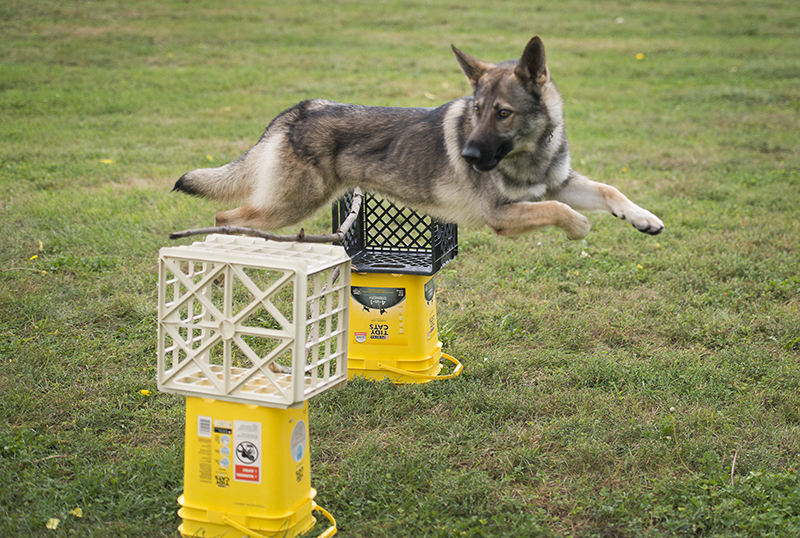 Piechowski would like to be a veterinarian or a dog trainer one day, and said that teaching the dogs how to go through the agility course helps her learn, too.

“I like working with them, and being able to be around them is fun,” she said. “My goal is to exercise their minds and their bodies.” 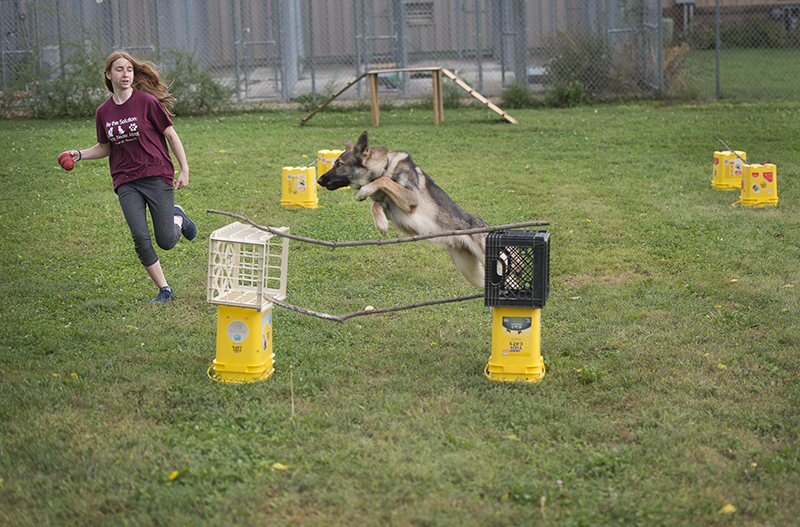 Taz runs through the agility course Piechowski has constructed, all the while staring intently at one of his favorite toys that Piechowski hangs onto until Taz has completed the course. – Colleen Harrison/Albert Lea Tribune