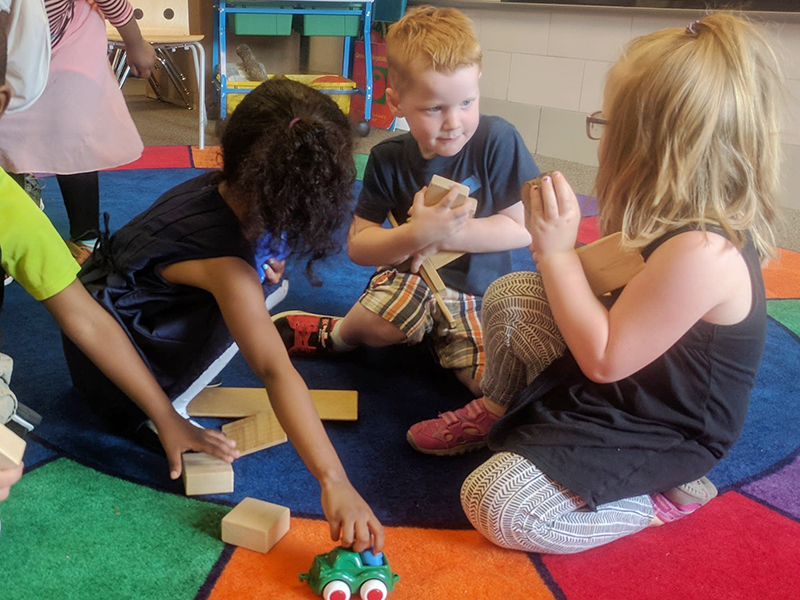 Some of the money is specifically for low-income students and students deemed at-risk for other reasons. Other funds provide free preschool for any 4-year-old, regardless of family income.

“Sometimes there’s a gap between the families who might qualify for [a] type of funding, and families who may not qualify but also may not have the means to pay for a preschool experience,” said Burnsville-Eagan Savage early childhood programs coordinator Cindy Check.

Burnsville-Eagan-Savage added 104 free preschool spots with the unrestricted funds. The district was one of 59 districts and charter schools in Minnesota that were approved to receive new preschool money.

Most of the district’s preschool classrooms are full with waiting lists, Check said.

The new funding allowed Burnsville-Eagan-Savage to add three classrooms to what had already been a fairly robust free preschool offering.

Elsewhere in Minnesota, state funds shore up programs that districts had already been running out of their general funds.

“I don’t even want to know what would happen if we didn’t offer it or if we made people pay for it,” Tri-County Schools Superintendent Ryan Baron said.

Tri-County is a tiny district in northwestern Minnesota that, like many school districts, competes with neighboring schools for students at all grade levels. Districts are funded based on total enrollment.

Baron said Tri-County saw free preschool as a good financial move even before the state started funding it.

Funding last year let Tri-County hire new preschool staff. This year the district applied for more funding but was not awarded any.

Preschool is also a key selling point in the rural St. Louis County school district in northeastern Minnesota, where the district struggles to hang on to students whose parents commute to nearby cities like Virginia and Duluth for work.

“If we don’t have the preschool programs in our buildings, they’re going to take those kids with them,” said Superintendent Steve Sallee.

“Our demand is huge. Pretty much all of our programs are full and now we’re trying to expand them,” Sallee said.

But Sallee faces a common obstacle to expansion — lack of space in school buildings.

Districts get the new state funds at the end of the school year based on how many preschoolers they served. That means they need to have space for new students before they get the money.

More than a hundred districts and charter schools that applied for funding this year did not receive it. Dayton pushed for a larger preschool investment of $175 million but ultimately had to compromise with Republican legislative leaders.

The new money for school-based preschool is set to expire in June 2019.