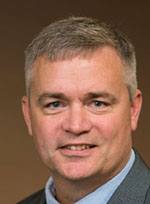 After the meeting, Funk said he supported the board’s decision.

“It’s great for the district,” he said. “It provides continuity. We’ve got a lot of great programs in place … we will continue to move forward and do what’s best for kids in this district.”

“From an operations angle, we have been as effective and efficient as we can,” he said.

After the meeting, Hanson said voting no was “difficult.” She spoke highly of a change at the district that gives teachers a greater voice.

“I know that I like some of the changes Dr. Funk is making with more of the bottom-up approach and things, but unfortunately we had the vote now, and I guess I would like to see some more changes,” she said.

“Educational changes are always long term, and stability in the leadership role is paramount to making those things occur,” Ciota said. “And so, we have one of the longest-tenured superintendents in the Big Nine, and so I am pleased to continue that. I think the changes that we’ve seen over the past several years are just going to continue. Dr. Funk keeps trying to push us to improve, and it does take that consistency. It was an easy vote for me.”

School board talks about COVID-19 practices for new school year 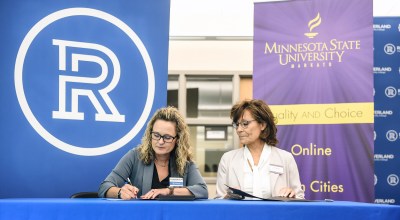