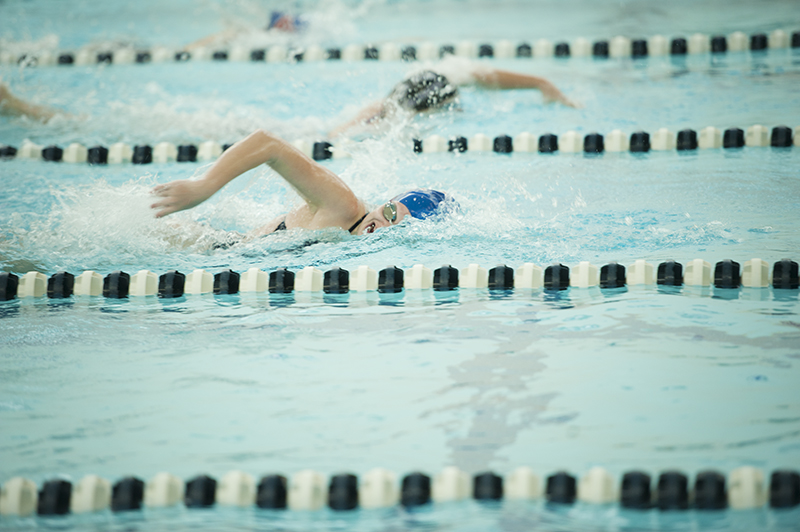 Albert Lea senior Lydia Boorsma takes third place in the 100-yard freestyle Thursday night against Red Wing. Boorsma was also a part of the teams that took second in both the 200 medley relay and 400 freestyle relay. - Tyler Julson/Albert Lea Tribune

The Albert Lea swim team had its first home meet of the season as it hosted Red Wing Thursday night. Despite some solid individual efforts, the Tigers fell to the Wingers by a final score of 98-74.

The first race of the night was the 200-yard medley relay. Albert Lea’s team of Lydia Boorsma, Emily Taylor, Jaeda Koziolek and Lauren Bizjak took second by just under 10 seconds.

The Tigers would grab their first victory of the night two races later, as Koziolek won the 200-yard individual medley by more than three seconds. They would also go on to win the next race, as Taylor took the top spot in the 50-yard freestyle by just 8/10 of a second. 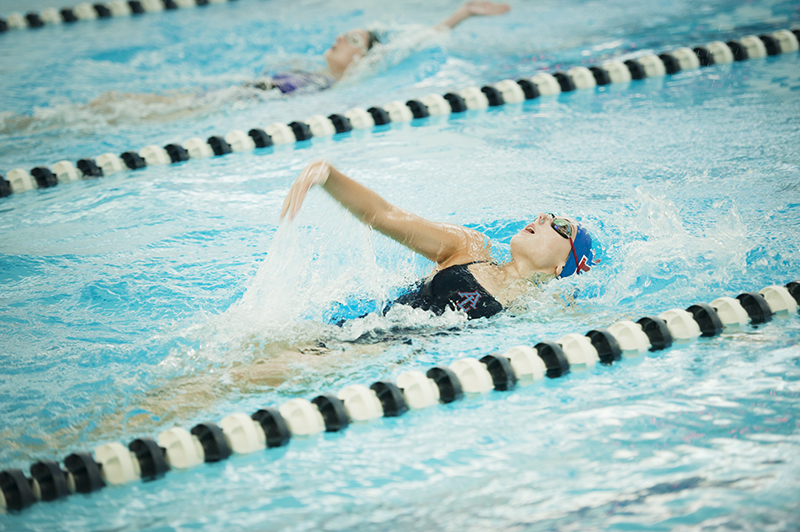 Albert Lea eighth-grader Taya Jeffrey swam in both the 50 freestyle and 100 backstroke for the Tigers. Albert Lea would lose the meet to Red Wing, 98-74. – Tyler Julson/Albert Lea Tribune

After four races, Albert Lea found itself in an early 18-point deficit. The next few races saw third-place finishes by Boorsma in the 100-yard freestyle; Emma Grossman in the 500-yard freestyle; and the team of Jill Peterson, Grossman, Odelia Jensen and Lauren Bizjak in the 200-yard freestyle relay. All would help the team score slightly, but it wouldn’t be enough to dig the Tigers out of the hole. Albert Lea was now down by a score of 98-36.

In the final race of the evening, the team of Koziolek, Peterson, Boorsma and Taylor would take second place by five seconds in the 400 freestyle relay.

The Tigers did show promise that some events have the chance to get better in the coming weeks as the season progresses. The girl’ were all around the pool supporting and cheering on one another, no matter what the deficit on the scoreboard was.

Albert Lea falls to 0-3 on the season and will be back in competition on Sep. 21 when it hosts Northfield.