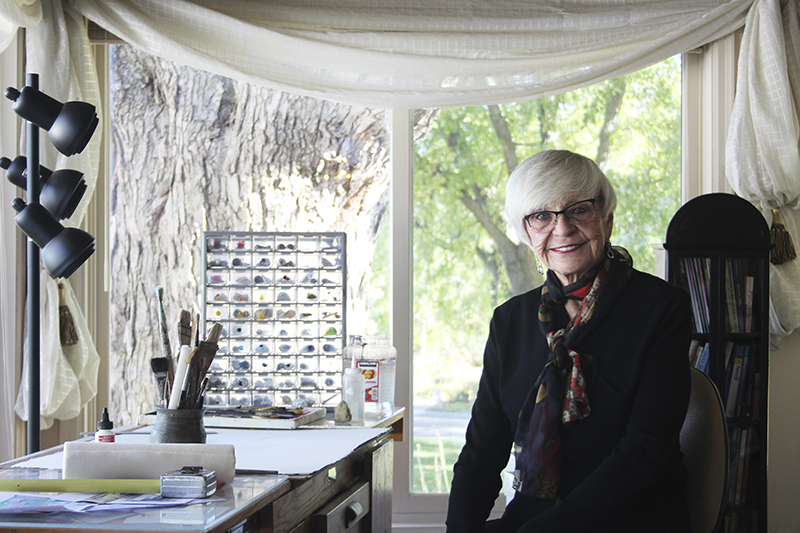 Barbara Butler estimates she has painted 1,000 pieces over the 20 years she has been painting. She paints in her home studio after a morning walk. - Sarah Kocher/Albert Lea Tribune 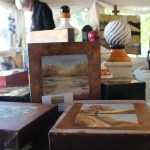 Barb Butler prepares to move the 80 paintings from her home studio to her friend’s house, where the show will be held on Saturday. Sarah Kocher/Albert Lea Tribune 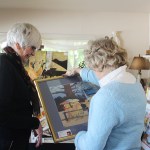 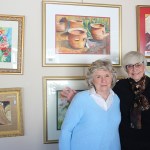 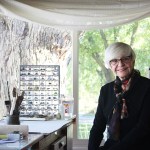 Barbara Butler estimates she has painted 1,000 pieces over the 20 years she has been painting. She paints in her home studio after a morning walk. – Sarah Kocher/Albert Lea Tribune

A local artist is celebrating her birthday a little early, but not with presents. Instead, she’s celebrating with paintings.

Watercolor and acrylic artist Barb Butler’s weekend show is displaying 80 paintings — one for each year she has been alive.

Fryer told her mother it was a wonderful idea.

Of the 80 paintings she’s displaying, Butler said she probably painted 70 percent of them in the last two or three years. She hasn’t had a show in Albert Lea since the last time she showed at Mary Ellen Johnson’s house (where she is showing again this time). Some of that is because she was caring for her husband, who died earlier this year.

“He was my greatest supporter,” Butler said, “… so I miss him when I do something like this.”

“I know that if Tom was here, he would be so happy I’m doing this,” Butler said.

“He was your biggest fan,” she said across the table.

Fryer said her mother was worried that her painting would be affected.

“She was really worried about not being able to paint after he passed away,” Fryer said. “But a few months, and she was back at it.”

One of Butler’s paintings, a warm-hued depiction of soft-figured dancers, has her husband in it — not in image, but in soul, Butler said.

And it’s a good feeling. Butler loved her life with her husband.

“So, I can’t feel sorry for myself,” she said. “I feel really blessed.”

Along with the painting of the dancers, Butler’s works range in subject, from a Cambodian child to a grouping of white flowers. Butler said she enjoys painting for the process, and therefore, her subject choices range widely.

“It’s pretty eclectic,” Butler said. “I do anything that excites me.”

Not every painting has made the cut for the show. Butler estimated that she’s created 1,000 paintings over 20 years — approximately 50 a year.

Butler began painting after years of working in Albert Lea and raising her children. Fryer said her mother talked about how she wanted to be a commercial artist but didn’t do it while her kids were still at home. Butler’s routine now is to get up in the morning, go for a walk — and then paint.

Over the years, Johnson said she has seen the progression in Butler’s artwork. Some of it she can see in the Butler paintings she has in her own house.

“I think Barbara’s eye is more critical,” Johnson said. “… She’s able to translate what she sees on paper with a better eye.”

Butler’s explanation for this is simple.

What does Johnson see?

“I hope that people walk away and can appreciate that we have a woman like this in our midst,” she said.

And what does Butler’s daugher Fryer see?

“When I look at my mother’s paintings, I just, I guess I’m just full of joy, just because she is in every painting,” Fryer said. “When I look at them, I see her.”