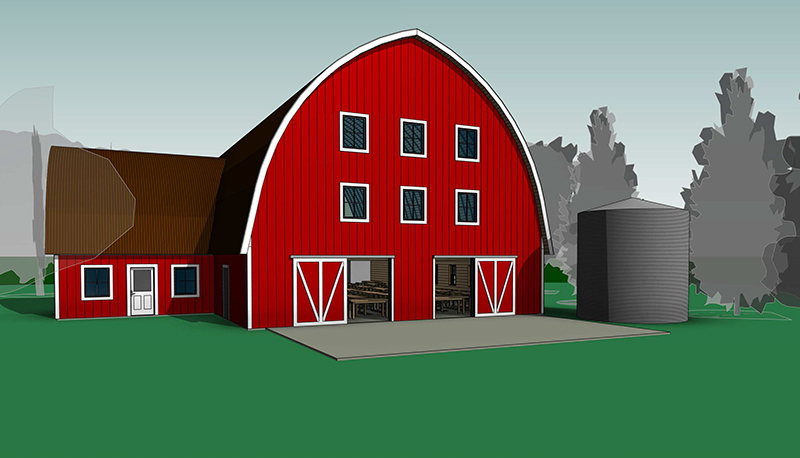 Husband and wife Chad and Jayne Iverson hope to have their barn venue look like the pictured design. - Provided

The Albert Lea City Council on Monday could approve a new wedding barn venue on Lake Chapeau Drive. The plan is still being met with apprehension by dozens of neighborhood residents.

The council will tackle the proposal after the Albert Lea Planning Commission earlier this month approved plans for the facility to be on property at 504 Lake Chapeau Drive, the former site of the Sons of Norway clubhouse.

The request, made by husband and wife Chad and Jayne Iverson, includes renovations to the property. Original plans for the facility included wedding party dressing rooms on the east side of the barn, and an outdoor patio is expected on the barn’s north side. A grain bin 14 feet in diameter is expected for outdoor food and beverage service, and a parking lot is planned on the southwest side of the property. A new parking lot that includes 30 spaces and an additional 17 overflow spaces is being proposed on-site. If needed, additional parking lots are expected at Albert Lea City Arena and on the street.

More than five dozen area residents signed a petition stating the plan is not in the best interest of the neighborhood.

Don Blake of 2710 Campus Lane expressed concerns with the site, citing noise concerns as likely the most important issue. He expressed apprehension with the possibility of lights shining through bedroom windows as traffic flows from the site late at night and a possible reduction in real estate values from the plan, as well as an increase in traffic in the neighborhood that he said could put children at risk who ride bicycles on the street in the area.

“There are no sidewalks in the area,” he said. “The young kids out there, they ride their bikes and so forth. They walk on the streets.”

Music at the wedding barn must stop at 11 p.m. Fridays and Saturdays, and guests will be expected to leave by 11:30 p.m. Music will end by 7 p.m. Mondays through Thursdays, and guests on those days must leave by 7:30 p.m. No alcohol will be allowed to be brought on-site by guests, and alcohol consumption and amplified, outdoor music will be banned in the parking area.

The rental cost of the facility is expected to be about $5,000.

In a letter to the Albert Lea City Council and other city representatives Friday in support of the project, Chad and Jayne Iverson said the wedding barn would be a “great opportunity” for Albert Lea. 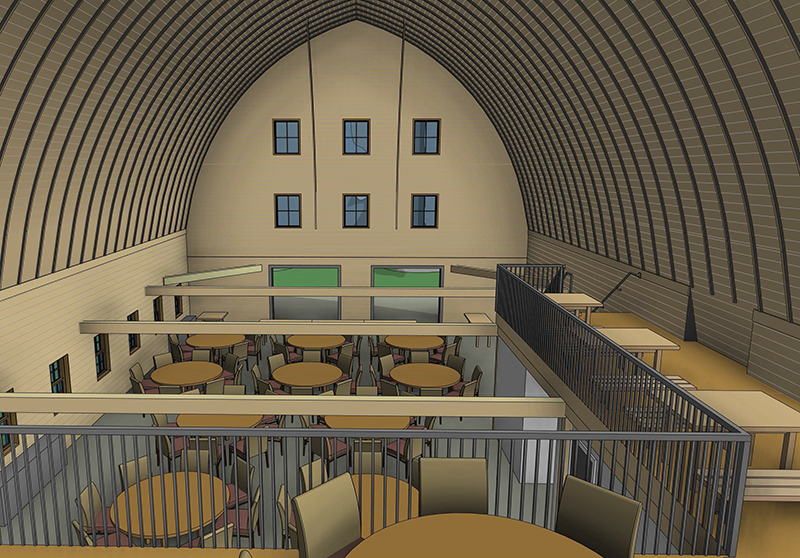 Husband and wife Chad and Jayne Iverson hope to have their barn venue look like the pictured design. – Provided

“Barn weddings are destination events, and not many communities have this type of wedding venue,” they said. “Many young couples are choosing this type of location to get married. As such, this is an opportunity to bring events to town that would otherwise go elsewhere. We are confident that this will be a venture that the city can be proud of for many years to come.”

The couple said the wedding barn would bring thousands of visitors each year who will spend money in the community.

Blake said he is proposing the city of Albert Lea work together with the Iversons to acquire the property for the wedding barn and move it to a location zoned as a commercial district. He discussed turning the property at 504 Lake Chapeau Drive into a park for the neighborhood, and he said moving the wedding barn would allow for necessary parking space at the facility without residential noise concerns.

“It would be a win-win for the Iversons, for the city of Albert Lea,” he said.

Jayne Iverson said the couple would be open to hearing about moving the barn but stated moving the building would cost $30,000 to $40,000, with additional costs incurred for pouring cement and the cost of commercial property, making the option likely not financially feasible.

Iverson said the couple wanted to build a wedding barn near their house outside Hayward but could not change the site’s zoned agriculture designation.

Chad and Jayne Iverson said those who signed the petition expressing concern about the plan did not describe the couple or the plan for the wedding barn accurately.

“We have introduced ourselves to many of the neighbors and explained what we wish to do,” the Iversons said in the letter. “The vast majority of the people we spoke with were either in support of our project, and a few were neutral. We certainly could have asked all of these people to sign a petition, but we generally do not feel petitions are a good way to judge whether a proposed venture has the support of the community.”

The couple cited positive comments made by community members regarding an Oct. 5 Tribune article on the proposed wedding barn as evidence the plan has support and discussed community involvement they have undertaken through their jobs and from volunteering.

“This new business adventure for us will be run with the same hard work, attention to detail and quality of service as we have always done in the past,” they said. “The barn and grounds will be beautiful. Many engaged couples make their venue decision based on appearance of the facility and its grounds. Our property will be like a park, with trees, flowers and very nice landscaping.”

The couple stated development of the site would be an economic opportunity for the community after economic difficulties Albert Lea faced this year,

If four noise violations are found at the site, the conditional use permit for the barn will be subject for revocation, Blake said, who expressed concern that Chad and Jayne Iverson will invest money in an operation that could be revoked.

“So, we are looking out for their welfare, as well as the welfare of all of the area residents,” he said.

Neighborhood resident Tammy Grossklaus said the plan won’t be able to meet city or state sound standards and the city could be liable if those standards are not meant.

Grossklaus said she also has been told local real estate values will fall if the wedding barn is in place.

The Iversons rejected assertions that property values in the vicinity of the wedding barn would decrease, stating they could increase because of improvements made to the property in connection with the plan. 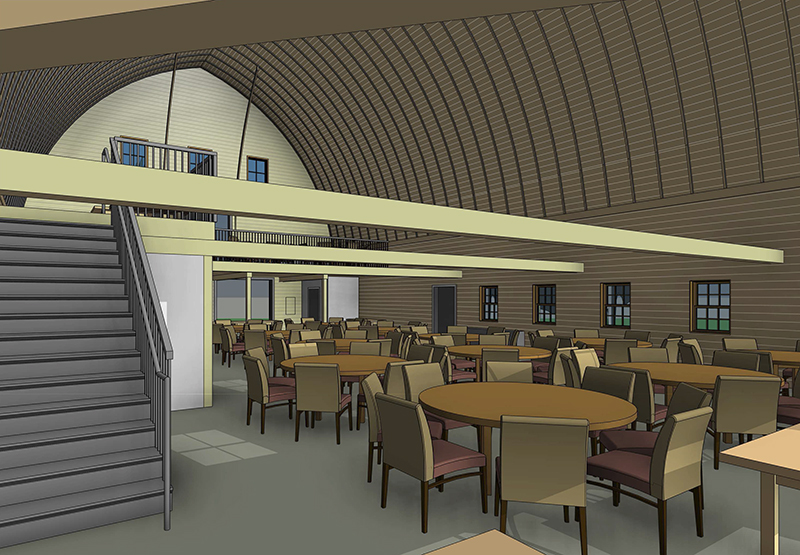 Husband and wife Chad and Jayne Iverson hope to have their barn venue look like the pictured design. – Provided