The Panthers shooting team took to the gun range this past week and scored its best overall score yet this season, according to a press release.

Led by Noah Alinder’s perfect round of 50 out of 50 targets broken, the team maintained its third-place position in the conference. 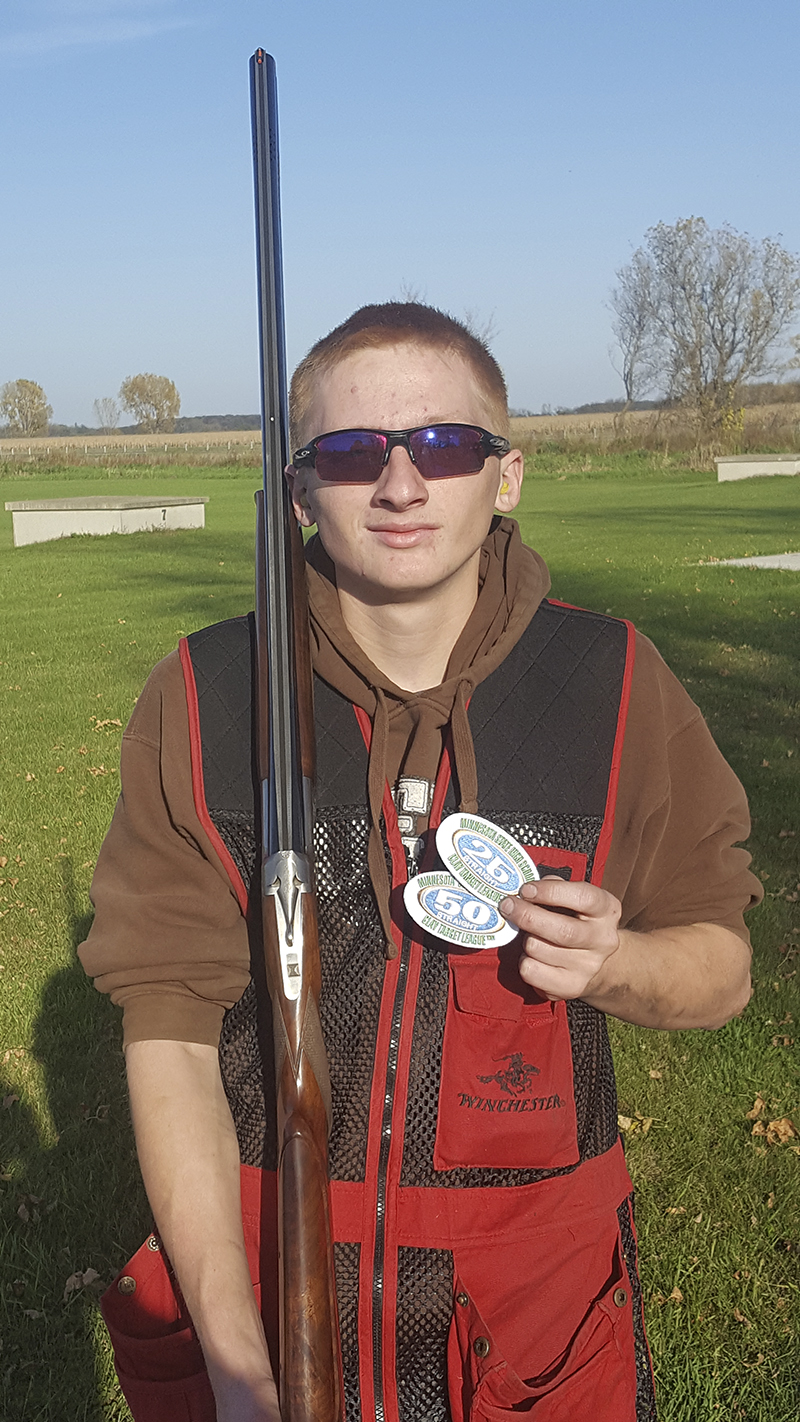 Noah Alinder was NRHEG’s top gun this past week for shooting a perfect 50/50. – Provided

Alinder was joined by four others who recorded perfect rounds of 25/25.  They were Ralph Roesler, Ashton Worke, Alex Romer and Evan Dobberstein.

While it was the best team effort this season, it still wasn’t enough to gain ground on the second-place Alexandria team, and NRHEG only gained a minor number of points on the leading team from Hermantown.  But, it did put some cushion between the Panthers and the fourth-place team from Blaine.

Alinder, Worke, Romer and Dobberstein still sit in the top 25 for male averages in the conference, led by Dobberstein with a team-high average of 23.88 out of 25.

Two female sharpshooters are in the top 25 shooters, as well.  Sisters Hanna and Morgan Sack both sit in the category for female athletes.

Dobberstien, Worke, and Alinder are still in the top 100 shooters in the state, as well, with one week left to compete.

The team was set to round off its fall season this week, shooting at 4 p.m. Wednesday at Owatonna Gun Club.