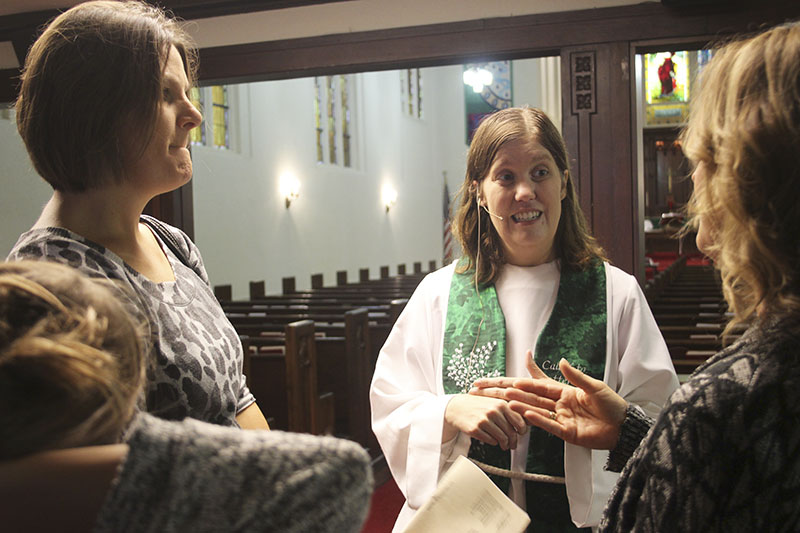 According to Salem Lutheran Church’s call committee chairman Jim Gulbrandson, the Rev. Erica Cunningham was hired because her profile “fit the needs of the church.” But there’s more to her than that.

“I will say she has a quality sense of humor,” he said. The evidence? She’s a Packers fan and an Iowa fan.

Cunningham describes her humor in a different way. 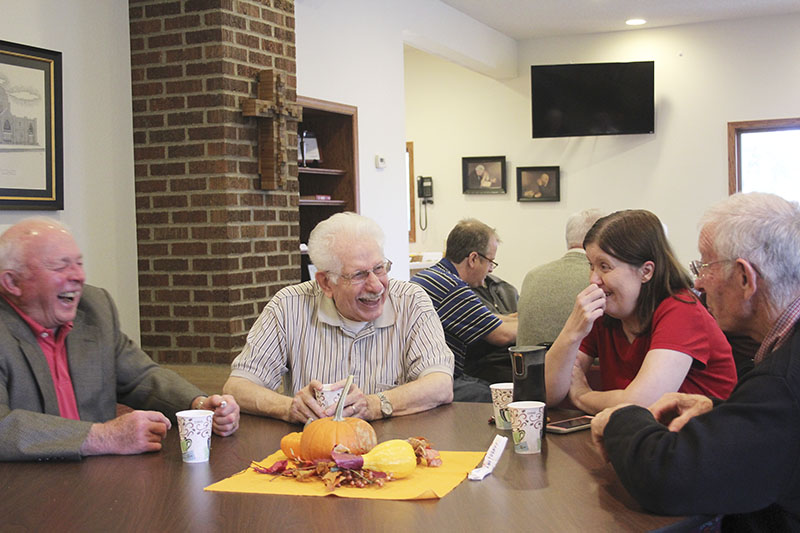 “I enjoy being able to make people laugh,” she said.

Cunningham started as Salem Lutheran Church’s pastor Aug. 1. She accepted the call after she sensed it was time to move on from her previous congregation in Valders, Wisconsin.

“When I first came to Albert Lea, I really liked the town a lot,” Cunningham said. “And when I walked into Salem, I felt this sense that this is where I was called to be.”

Cunningham is the first female pastor of Salem Lutheran Church.

“Being a woman in ministry, I can bring a different voice than one that’s been typically heard in the church,” she said.

Originally from Davenport, Iowa, Cunningham grew up in the church. She directed one of the choirs and would assist with worship. 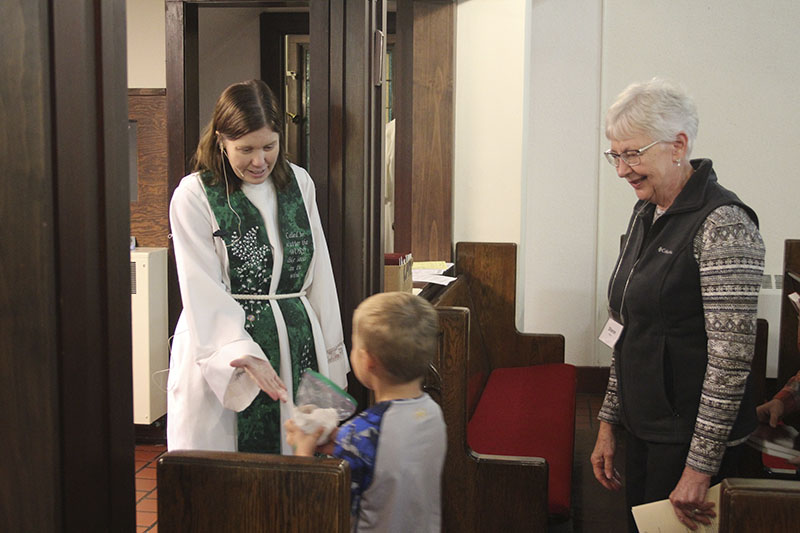 “I grew up being very active in my home congregation in Davenport,” Cunningham said.

Some of the passions Cunningham cultivated in Davenport persist as part of her faith life now.

“I think some of the things from that time that I’ve carried forward is especially a love of music and liturgy in the church,” she said. “… Being able to do the same thing that has been done for 2,000 years and is done throughout the world, there’s something powerful about that.”

Church members singled out Cunningham’s appreciation for music as part of the value she brings with her to their church.

“She has a beautiful voice, a leading singer,” Salem member Lois Anderson said. “She has a very good speaking voice in the pulpit.”

Cunningham also sings in Albert Lea’s Cantori community choir. She said she has been singing in community choirs and church choirs for most of her life.

“I would say that singing is one of my big stress-relievers, both singing and listening to music,” Cunningham said. “It’s also a way for me to feel closer to God in song.”

In addition to singing, Cunningham spends her free time reading, watching movies and playing computer games. Although she lived at her aunt and uncle’s dairy farm in the Netherlands for a year in 1998, her farming exposure comes from one of her favorite computer games, Farmville.

In addition to her year in the Netherlands, Cunningham spent her 10 years between college and seminary in early childhood education. She worked with children between birth and 5 years old. However, she decided it was time for a change.

“I didn’t want to change diapers for the rest of my life,” Cunningham said.

She graduated from Wartburg seminary in Dubuque, Iowa, in 2012.

“I think I had felt for a long time that I was called into ministry but kept fighting it,” Cunningham said. “And I think the biggest thing is, I stopped fighting that calling and gave in.”

“You can see her interest in youth,” Burns-Duenes said.

Cunningham also puts an emphasis on welcoming people of all backgrounds and reaching out into the community. She said her upbringing was formative in this.

“Growing up in Davenport, going to inner-city schools, you know, with lots of diversity of students certainly influenced, informed … who I am and how I relate to different people,” she said.

Duenes said the church is glad to have her. Salem Lutheran has been without a pastor for over a year.

“I’m just thankful for her, (that) she’s with us,” Duenes said. “It’s always good to know that you’ve waited long enough to get the right person for our congregation.”