Tigers advance to third round of sections 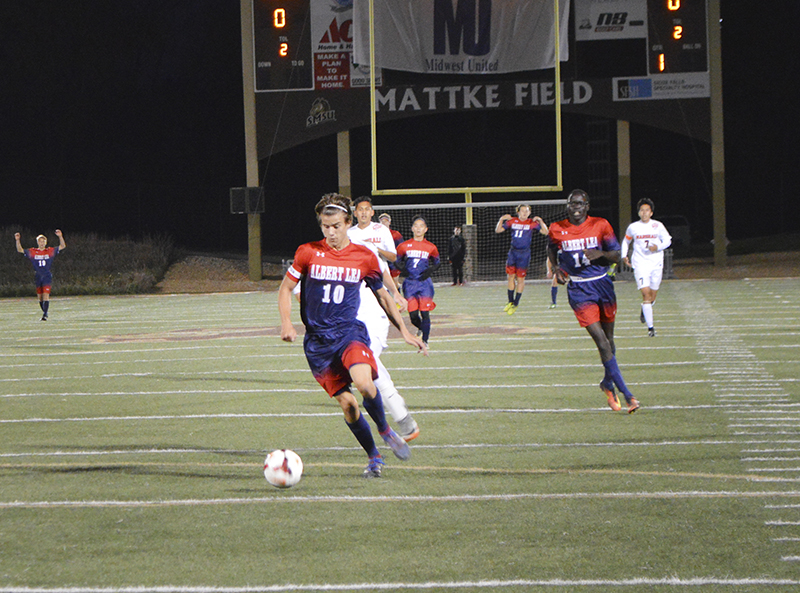 Ten minutes into the second half, Albert Lea scored the first goal of the game after a throw in from Noah Karge was headed in by senior Spencer Indrelie. With a one-goal lead, the Tigers played tremendous defense to keep Marshall out of the net.

Albert Lea would widen its lead with around 12 minutes to go when senior Lennon Shimon was pulled down on a breakaway and was able to score moments later on an assist from senior Lay Wah. 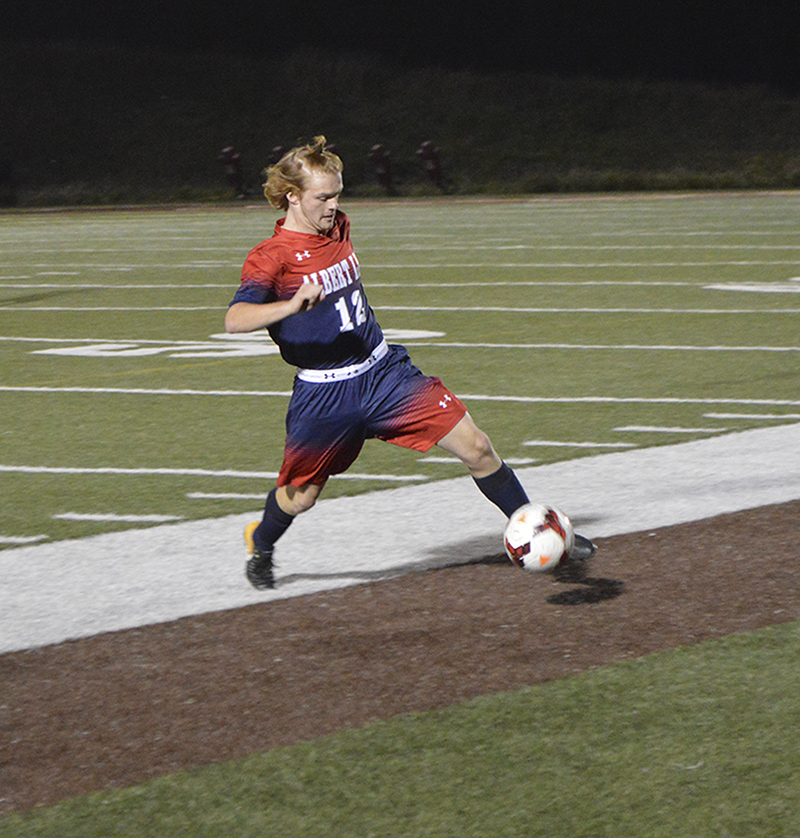 Albert Lea senior Noah Karge keeps the ball inbounds Thursday night in Marshall. The TIgers would win 2-1 and to advance to the third round of sections. – Sam Thiel/Marshall Independent

Albert Lea would give up one goal with around two minutes to go, but would close Marshall out the remainder of the match.

Head Coach Zac Luther talked about the effort given by his team Thursday night.

“The team came out that second half with victory on their mind,” he said. “They knew what they had to do to win. They played tenacious defense and worked hard to get the ball into dangerous areas on offense. I’m proud of the effort these guys put forth tonight.”

The Tigers advance to the third round of section playoffs and will travel to Worthington on Tuesday.