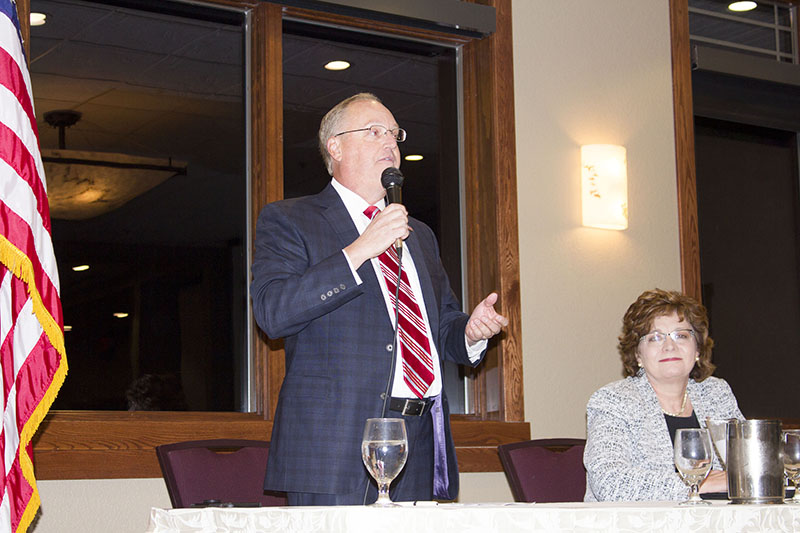 The two GOP candidates for the 1st District congressional seat both called for repealing the Affordable Care Act and expressed support for President Donald Trump Monday during a debate at Wedgewood Cove.

The first debate between candidates Jim Hagedorn and Carla Nelson came less than one year before the 2018 election to replace incumbent DFLer Tim Walz, who is running for Minnesota governor. Hagedorn barely lost to Walz last year in an election that saw Republicans gain control of the U.S. House, Senate and presidency. 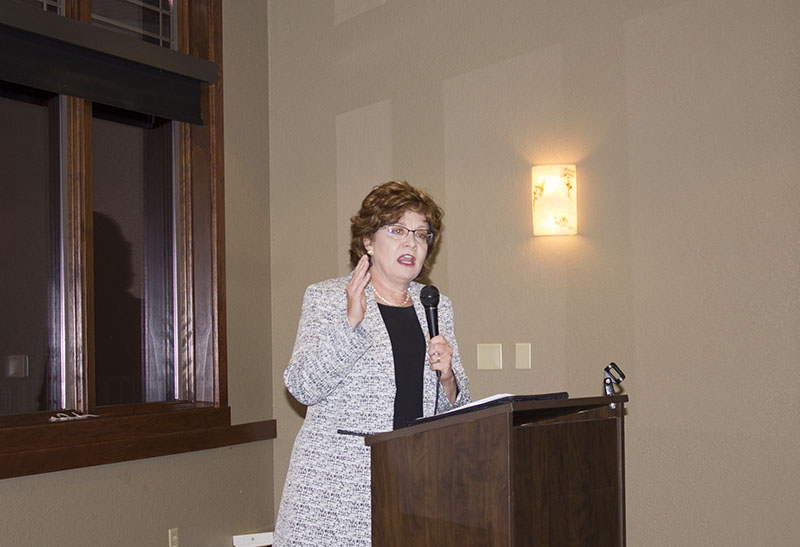 “Who can afford that stuff?” Hagedorn said.

“Obamacare is a disaster, and if I am elected, I will stand with President Trump to repeal Obamacare,” she said.

The Republican-led Congress has so far unsuccessfully tried to repeal the ACA since sweeping into power in January, due to not having enough Republican support for removing the law while facing unanimous Democratic opposition.

To lower health care costs, Hagedorn suggested increasing competition across state lines, transparency in health care pricing, tort reform and shifting Medicare funding to states. Though expressing disappointment in Republicans for failing to repeal the ACA, he said Democrats don’t have any solutions to the issue, calling Democratic proposals involving Medicare and single-payer health care a “devastating blow” for hospitals across the district.

A Republican who lives in Rochester, Nelson said the ACA is too expensive and market reform is needed.

“We need payment reform that will pay for value, not volume,” she said.

Nelson called it an “absolute disgrace,” that Congress has allowed the ACA to remain in place, a law she said is disrupting people’s lives and nearly destroying health care in the country.

Hagedorn took issue with Republicans who disapproved of Republican proposals to repeal and replace the law, claiming they felt they put themselves over the party in doing so.

Hagedorn and Nelson both stated the government is making a difficult farming environment tougher by enacting the estate tax, labeled the death tax by opponents. The tax is levied on the net value of the estate of a deceased person before it is distributed to its heirs.

Nelson, who was first elected to the Legislature in 2010, discussed her background and involvement in agriculture and the reforms she deems as needed for the growth of the ag economy, including repealing the federal estate tax.

“It is challenging,” she said of the farm economy. “You know what’s worse, government is making it more challenging.”

Hagedorn called agriculture a “very personal” issue to him and said growing the ag economy would be one of his top priorities if he is elected.

“Our rural communities are under pressure,” he said.

Federally, Hagedorn wants to continue farm programs, enact regulatory reform by requiring all all major regulations to be approved by Congress and promoting energy independence.

Nelson applauded Trump for looking to cut what she said are “burdensome regulations” and promised to support policies that grow the ag industry.

Hagedorn said ag exports need to increase and pledged to be a “strong advocate” for farmers.

“There’s a war on agriculture, and we saw that from the Obama administration,” he said.

Hagedorn and Nelson both said they support the government adopting a conservative fiscal approach.

Hagedorn expressed support for shifting power away from the federal government and said he “generally supports” the tax bill being discussed that lowers tax rates. He discussed implementing a flat tax with limited deductions.

Nelson said the government needs to reduce its spending and referenced U.S. debt that numbers in the trillions of dollars.

“When you are in a hole, stop digging,” she said.

Nelson advocated for a balanced budget.

Hagedorn advocated for re-imposing work requirements for welfare, calling it an “excellent” way to promote self-sufficiency.

Nelson and Hagedorn both said terrorist attacks by Islamic extremists are the biggest threat to the nation’s security and expressed support for Trump’s approach to the issue.

“It isn’t really about political correctness, it’s about protecting families,” said Nelson, who advocated for a multi-pronged approach to security, including possibly using drones, hiring more security guards and building a border wall.

Hagedorn described himself as a “peace through strength” conservative who said he would support Trump in his approach to national security.

Hagedorn said he supports building the border wall and enacting a merit-based immigration system to ensure immigrants can sustain themselves, describing Islamic supremacists as posing “a huge risk.”

Hagedorn derided Nelson for not endorsing Trump prior to the 2016 elections during the debate, stating he was an early supporter of his campaign.

“I honestly think that is nothing but a campaign ploy,” he said after the debate about her expressed support for Trump’s policies.

Hagedorn said he thought Trump’s election was more important than his own, stating the country would have been “lost” if Democratic nominee Hillary Clinton won.

After the meeting, Nelson said her top priorities are national security, eliminating the ACA and overseeing a continued strong economy. She discussed her family’s close connection to the 1st District.

“This is where we have been for 34 years,” said Nelson, describing herself as having a “proven conservative track record” who understands the issue and knows how Minnesota can offer solutions to the federal government.

After the meeting, Hagedorn said he represents the beliefs and values of conservative voters in the 1st District on issues such as national security and economic issues.

“That’s what people are looking for,” he said.

Hagedorn discussed the work his campaign has conducted since his narrow defeat last year, as well as endorsements and $400,000 he said he has raised this election cycle.

“In a district that Trump won by 15 points, I think you are going to see good things come from whichever candidate gets that endorsement and is our nominee,” Krier said.

“They understand the problem,” he said. “The solutions are harder.”

A supporter of Hagedorn’s campaign, Schultz said he views national security as a top issue, with the ag economy “a close second.”