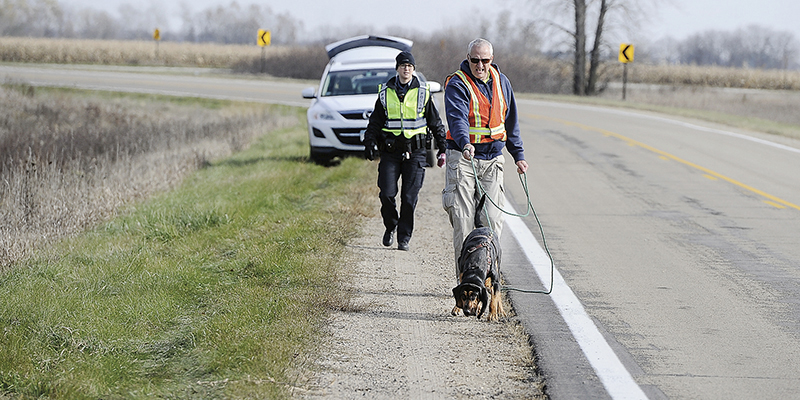 AUSTIN — After searching with dogs and in the air, authorities are asking for the public’s help in finding an Austin man who was reported missing by his family Monday morning.

Austin police responded to a report that Dennis Hanson, 72, who lives in the 2100 block of Third Avenue Southeast, was missing. His wife said he was at home when she left the residence at 6:45 a.m. and was gone when she returned at 8:15 a.m.

He was wearing a teal color jacket with a gray liner, a gray shirt, red baggy sweatpants, glasses and boots, according to Austin Police Chief Brian Krueger. 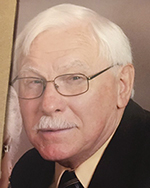 Police believe he is by himself traveling on foot because his vehicle is still at the residence.

Local authorities, along with help from the Minnesota State Patrol and Freeborn County Sheriff’s Office, have been actively searching for Hanson since the initial report Monday.

On Tuesday the search was at an abandoned quarry south of Austin and the surrounding area. A drone from the Freeborn County Sheriff’s Office along with a state patrol helicopter scoured the area covered with thick trees.

“The last info the sheriff’s office and police department had, the individual — Mr. Hanson — was spotted in this area,” said Chief Deputy Mark May Tuesday afternoon.

Police put out a news release, Krueger said, and then around 7:45 p.m. Monday, a caller said she might have seen Hanson south of Austin on 540th Avenue near County Road 4 at about 8 a.m. in a darker green jacket.

“(The information) is very reliable,” May said.

A local blood hound has also been used and hit on a scent around 540th Avenue and 173rd Street, which is near the quarry.

A Minnesota State Patrol plane assisted earlier in the search.

Austin Fire Department and volunteers are also helping with the search.

“Right now, if anybody has seen him, please call it in,” May said.

Anyone with information on the whereabouts of Dennis Hanson is urged to call the police at 507-437-9400.