A Bricelyn man who allegedly strangled a woman he knew in September was charged with a felony that month in Faribault County District Court. 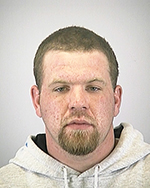 Court documents state Johnson was charged after the Blue Earth Police Department was dispatched Sept. 24 to a residence in Blue Earth on a report of a domestic assault involving strangulation.

After arriving at the scene, an officer reportedly met with the victim, who was described as having a red neck and showing signs of scratches.

She alleged Johnson grabbed her by the throat and started yelling during an argument they had over a phone call.

The incident was witnessed by a child, court documents state.

An omnibus hearing in the case is scheduled Nov. 27.