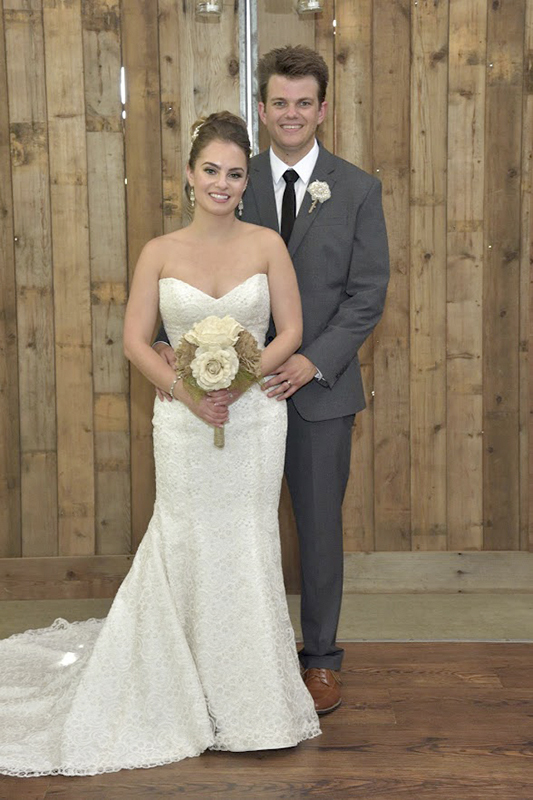 Sophia Hanson and Drew Claussen were married on June 10, 2017, in Clear Lake, Iowa. Staci Andrea was the officiant.

The maid of honor was Jessica Henderson. Bridesmaids were Caroline Nelson, Cassie Holien and Brooke Otterson.

The groom is the son of Dan and Therese Claussen of Albert Lea and the granddaughter of Sylvia Dziura and the late Casey Dzuria and June and Dell Claussen, all of Albert Lea. He is a 2009 graduate of Albert Lea High School and a 2013 graduate of the University of Minnesota, where he majored in communication studies. He is a technical writer at Lou-Rich Inc.