Editorial: Drive with extra caution to avoid deer this month 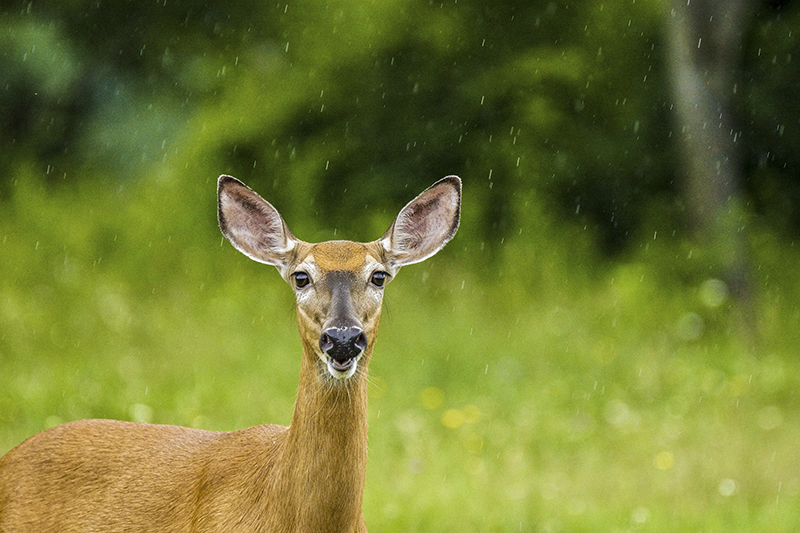 We encourage motorists to drive with caution this month, which is the peak time for deer-vehicle crashes in Minnesota.

According to the Minnesota Department of Transportation, the main reason for the increase is that deer mating season occurs in November. There is also a reduction in daylight hours.

There were 6,149 reported crashes between vehicles and deer from 2013 to 2015, including 15 fatalities and 944 injuries, according to the Department of Public Safety. So far this year, there have been four motorcycle crashes with deer, with five fatalities reported.

A deer collision report released annually by State Farm Insurance states that Minnesota ranks seventh among all states in how likely motorists are to hit a deer. The company said that one in 74 motorists will hit a deer or other large animal this year, up from about 1 in 80 in 2016.

The Minnesota Department of Transportation offers the following tips:

• Be alert. More than half of the crashes happen in late October and November when deer are mating, and in May and June during the birthing season.

• Be vigilant at dusk and at dawn. A high percentage of crashes occur during the low-light or dark hours of the day when deer move between daytime bedding sites and evening feeding areas.

• Slow down and scan the sides of the road and ditches for animals when driving through forested lands or near river and stream banks. Especially drive with caution in marked deer-crossing zones and along roads surrounded by farmland or forests as these are areas known for large deer populations. Drive defensively and expect the unexpected. If you see a deer near the road, slow down because it might dart in front of you. If you see one deer, look for the next one. Deer often travel together but single file.

• Don’t swerve. While it may seem like the right thing to do, swerving to avoid a deer could cause you to lose control or travel into the path of another vehicle. Striking a deer is safer than colliding with another vehicle or a tree. Stay in your lane, brake firmly and hold onto the steering wheel.

• Motorcyclists should avoid night and low-light riding times. A rider’s best response when encountering a deer is to use both brakes for maximum braking and to keep their eyes and head up to improve chances of keeping the bike up. Riders should wear full face helmets and full protective gear.