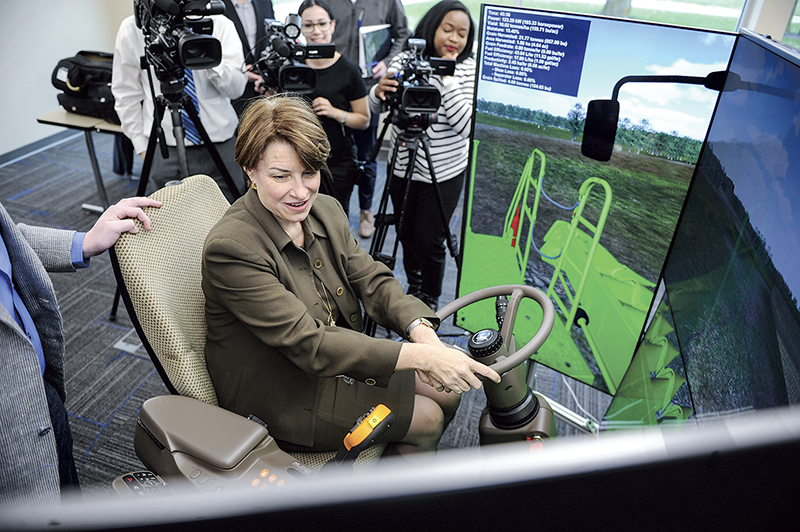 The visit was used as an opportunity to discuss the American Apprenticeship Act, which would provide funding to states for tuition assistance for pre-apprenticeship and registered apprenticeship programs.

“I’m happy to be here at Riverland College,” she said. “They have three campuses, including this one in Austin, and they really provide such an important service right here in southern Minnesota. We’re seeing more and more people that are looking at one- and two-year degrees for the jobs that we have now and are also looking at health, technology, agriculture. These are booming sectors right now in our economy and it only makes sense that Riverland is supplying that need.”

Klobuchar, who serves on the Committee on Agriculture, Nutrition and Forestry, introduced the legislation along with Senator Susan Collins, R-Maine. 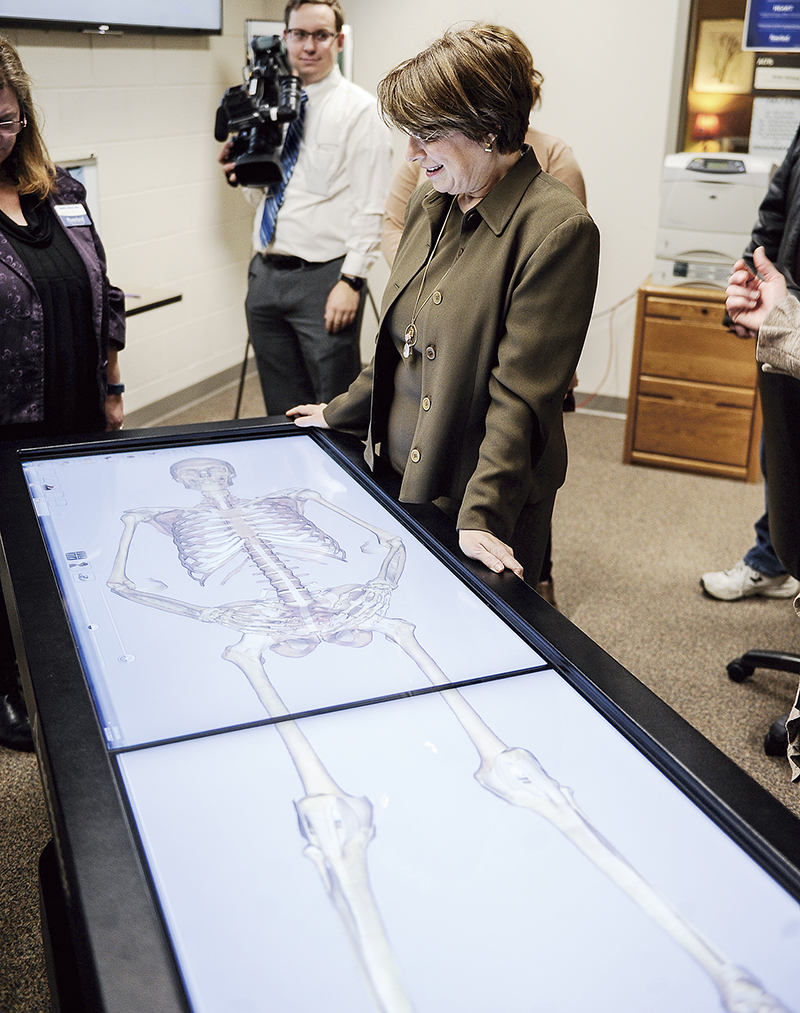 “I think that’s important because Maine, like Minnesota, has a lot of rural areas and they want to keep them strong,” she said.

According to Klobuchar, the legislation has received a great deal of bipartisan support, including from the Trump Administration.

“We’ve learned more and more from these kinds of jobs that yes, you need to read books and you need to know math, but you also need to have the hands-on training in getting there,” she said.

Klobuchar said she hopes that having funds available for apprenticeship programs will generate interest among college age students to pursue careers in fields such as agriculture, healthcare and technology.

“I think so many times we have kids going to college, which we want them to do, but then they get degrees and there is not a job in their field,” she said. “It’s really important for us to make clear that there are big jobs in rural Minnesota and that there are specific areas where we need a lot of workers. These are practical jobs, many of them pay well, and we want to really encourage students to go into these areas.

“I totally believe that if somebody grows up in Austin or Albert Lea that they should be able to live there and we want to make sure that we continue to have the economic engine of our state distributed across our state and not all in one place,” she said. 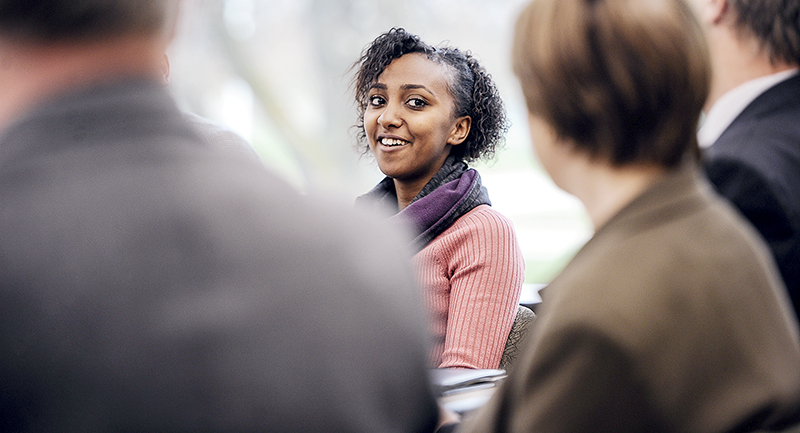 Riverland nursing student and member of the student senate Senait Wubneh tells Sen. Amy Klobuchar about the opportunity she has had while attending the school. – Eric Johnson/Albert Lea Tribune