A funeral service for Marilyn Phelps, 75, of Rochester will be at 10 a.m. Wednesday at Holy Anargyroi Greek Orthodox Church 703 W. Center St., in Rochester. Visitation will be from 5 to 8 p.m. today, with a Trisagion prayer service at 7:45 p.m. at Ranfranz and Vine Funeral Homes, 5421 Royal Place NW in Rochester. Interment will be at Oakwood Cemetery in Rochester.

Marilyn Kay Phelps was born on April 16, 1942, in Mason City, Iowa, to Edwin and Margaret (Miller) Hendrickson. She passed away on Nov. 18, 2017, at Whitewater Healthcare Center in St. Charles. 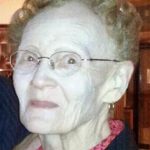 Marilyn graduated from Mason City High School and later from Mayo Nursing School. She was a nurse at Methodist Hospital for 36 years.

On May 2, 1970, she married Gregory Phelps in Rochester. The couple lived in Kasson and later divorced.

Marilyn loved collecting rocks, classical music, traveling, baking and had a love for animals. She was a member of the Greek Orthodox Philoptochos Society.