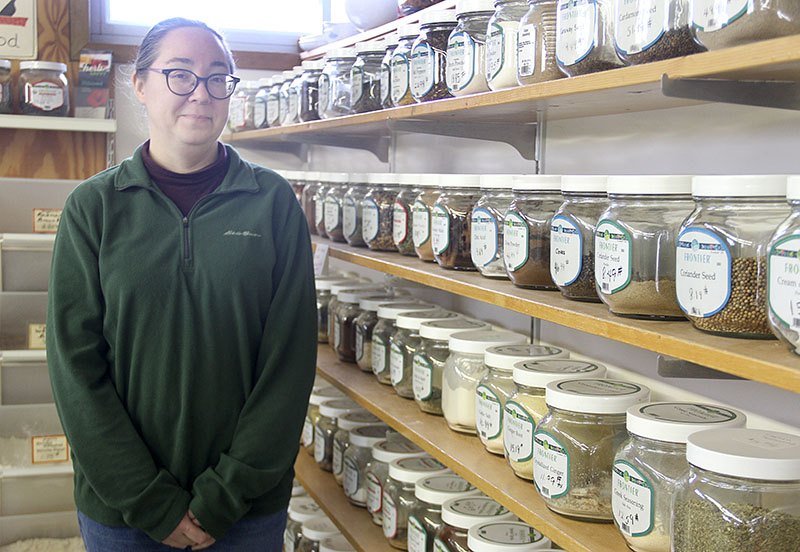 Since Albert Lean Patti Floyd moved to the city 10 years ago, she has shopped at the community’s oldest grocery store. Now, she’s the general manager there. 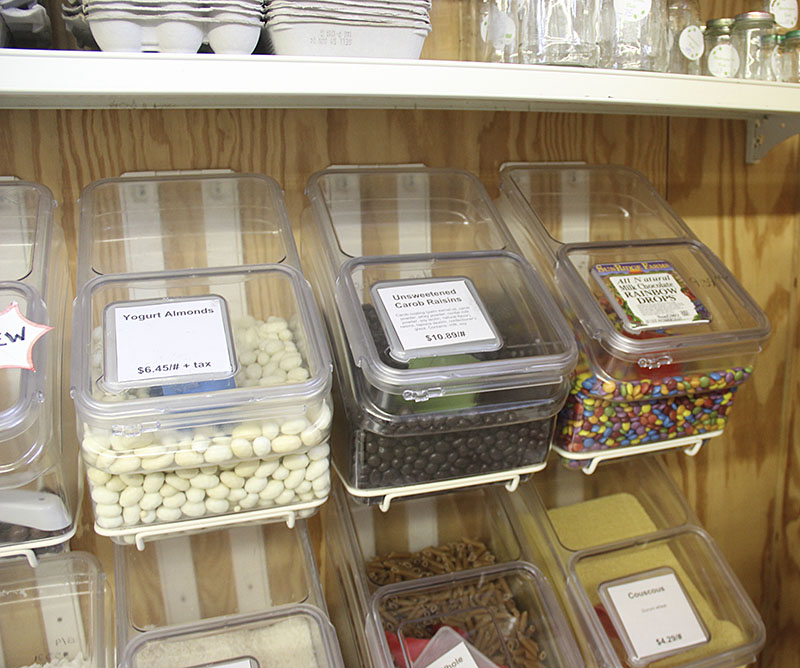 Floyd said Wintergreen Natural Foods offers a candy similar to M&Ms at right, except it does not have any artificial coloring. Sarah Stultz/Albert Lea Tribune

Floyd took on the leadership position at Wintergreen Natural Foods in July after the retirement of Maren Ring and Connie Bolton.

She said she has always supported the co-op because she likes knowing what is in her food and supporting local small businesses. She also wants to have good health and promote a healthy planet at the same time.

Wintergreen Natural Foods started as a natural food store called The Sustenance Store in the home of Sara and Leo Aeikens in Albert Lea. In 1974, Sara Aikens and her customers collaborated to form a co-op. It was moved to a basement location in downtown Albert Lea, and in 1975 moved to the building next to Albert Lea Seed House, where it is still located today.

The co-op has a focus on local, organic and non-GMO food and aims to support area farmers.

In addition to her involvement with Wintergreen Natural Foods, Floyd has been a board member and vendor for the Albert Lea Farmers Market, where she sells candy, homemade crafts and gifts.

Floyd said some of her goals for the co-op are to bring in new products and reach out more to the community. She encouraged people to voice their requests for items or things they would like to see in the store.

She said the co-op has a new composter, which will produce compost that will be for sale.

In the near future, she hopes to be able to offer things like fresh salads and guacamole, to name a few.

Interesting fact: Floyd was a Girl Scout when she grew up and enjoys doing everything by hand, including sewing and refinishing furniture.