School bus gets turned into a tiny home 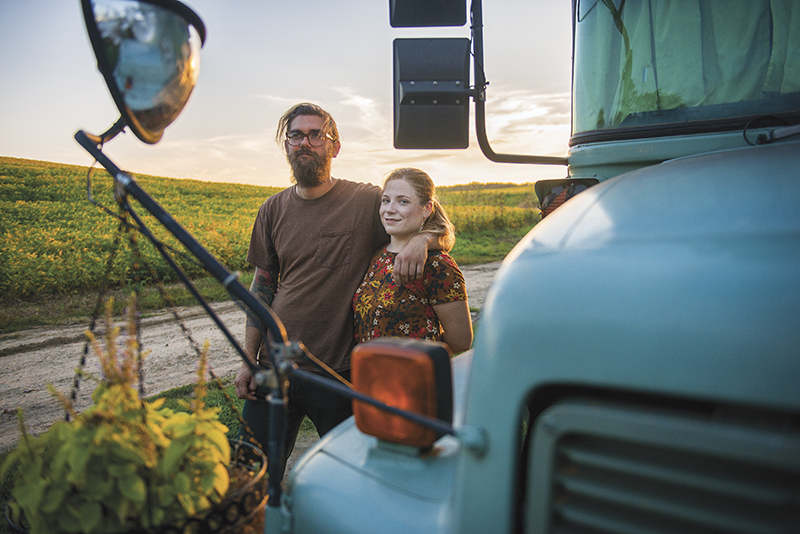 Tarrah and Cam Sather have lived in a school bus they turned into a tiny home for about two years after renovating it. - Colleen Harrison/Albert Lea Tribune

Couple enjoyed all the amenities of modern-day living

Stuck in a cycle of living to work and pay rent in the Twin Cities, Cam and Tarrah Sather about three years ago decided to make a major lifestyle change.

“We asked ourselves, what’s our biggest expense?” Tarrah Sather said.

After realizing their costliest expense was paying rent, they set out to figure out what they could do to cut that cost. 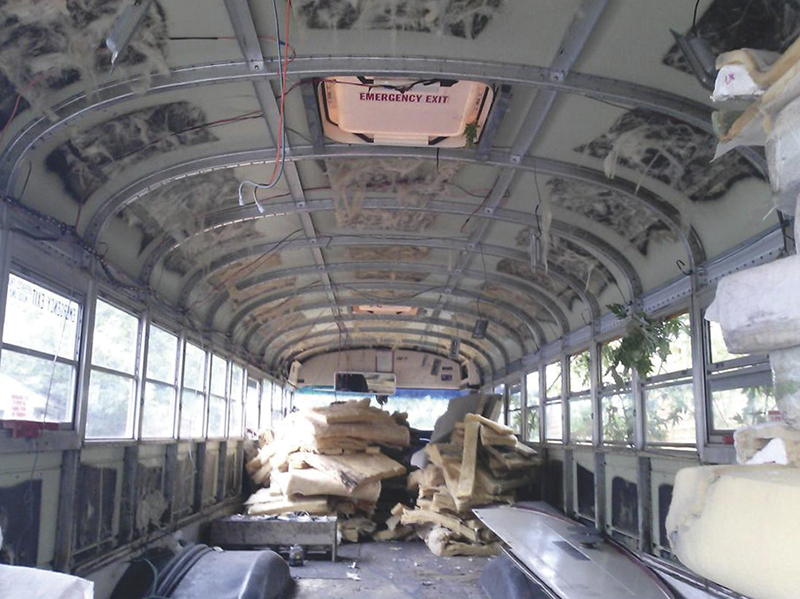 The Sathers took the bus down to the metal grids as part of the renovations. – Provided

They had been together for a while at that point and had always had a dream of starting a farm, but didn’t know how to begin while they also had to pay rent.

With tiny houses trending for a few years, they thought about the pros of making their own home — but in a bus — where there would be more square footage and it could be a reliable vehicle at the same time.

“We just took the plunge,” she said.

The couple bought an old bus for $2,500 from a bus company in Monticello. 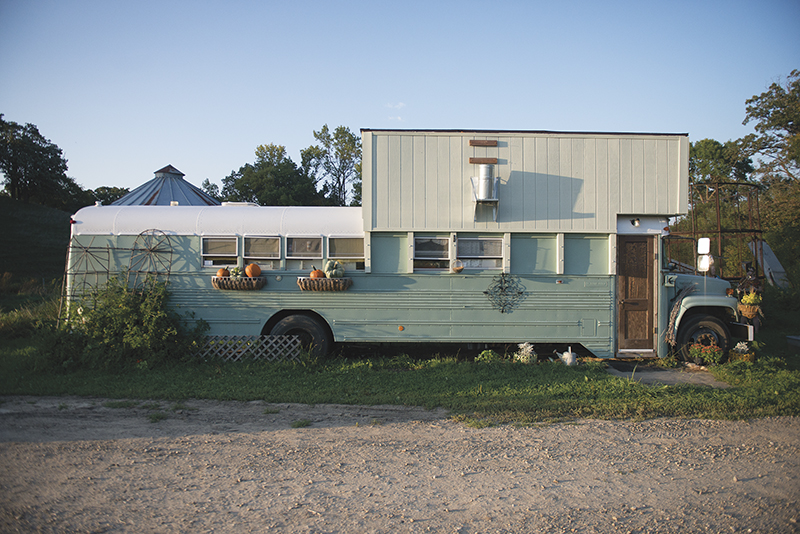 The couple bought the bus from a bus company in Monticello. – Colleen Harrison/Albert Lea Tribune

Cam Sather said he drove the bus to town, where they began and completed most of the renovations when it was parked near his parent’s house in Albert Lea.

The couple, who graduated from Albert Lea High School in 2008, said they did most of the work on the weekends, when they weren’t working at their jobs in St. Paul at the time.

They said they were able to put the money they would have spent on rent into the renovations.

With the help of Cam Sather’s father, Irv, a master electrician, they first removed the seats and gutted the bus, taking it down to the metal grids. 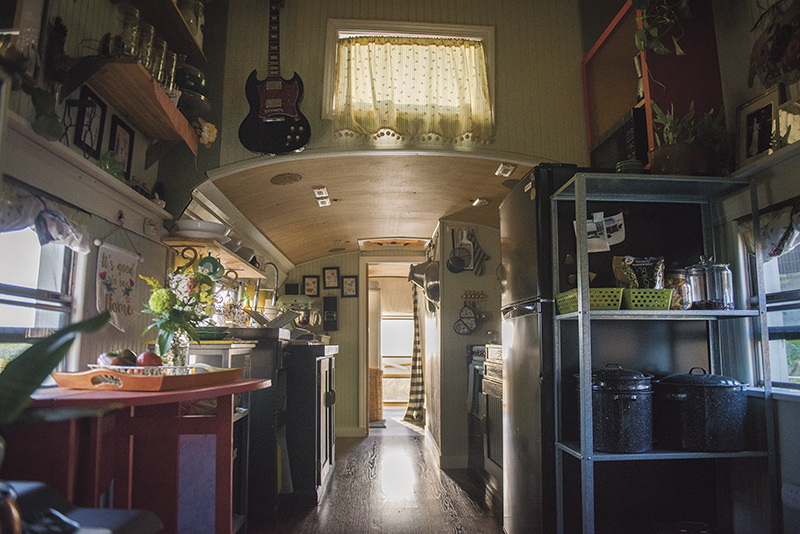 The Sathers have utilized just about all the square footage of the bus. – Colleen Harrison/Albert Lea Tribune

Then, they cut a hole in the roof and built a structure for a loft.

After that came the plumbing and electrical and then the walls themselves.

They said they designed everything themselves — changing their minds a few times and incorporating their schooling they received from the University of Minnesota — Tarrah in housing studies and Cam in farming and environmental horticulture.

Their electricity came from solar panels, and their heat came from a wood stove. They used gas to cook and filled their water storage tanks a couple times a week to allow for showers and even a washing machine. They used a composting toilet.

“Even now when we tell people, a lot of people thought we were nuts,” Tarrah said. “We just adapted.

“It simplified life a lot, got rid of things we don’t need and now don’t miss.” 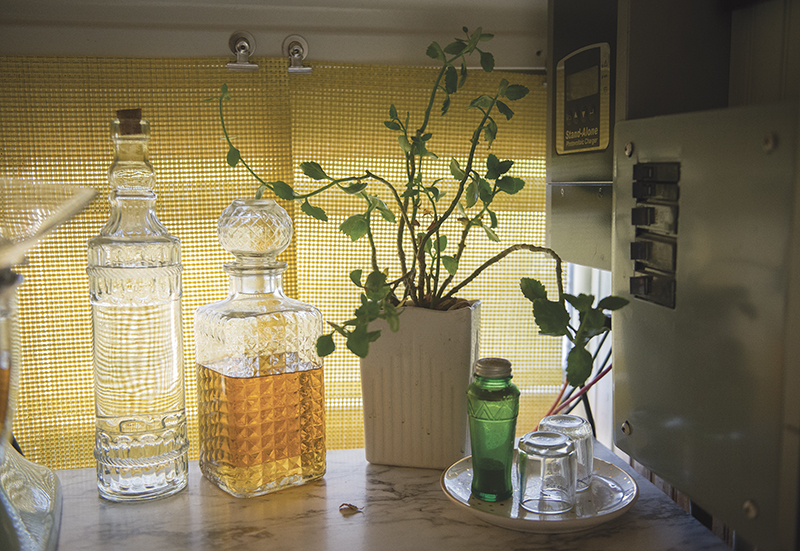 The couple has found ways to make the space their own. – Colleen Harrison/Albert Lea Tribune

The couple said it took a little over a year to complete, and they lived in it for two summers and two winters, parked on property owned by a relative in rural Twin Lakes.

“It has paid for itself in the time we’ve lived here,” Tarrah Sather said.

Living there helped the couple get their farming business off the ground. Called Rising Wind Farm, it grows dry beans, such as pinto and black beans, along with other items such as lentils, which it sells to co-ops in the Twin Cities. 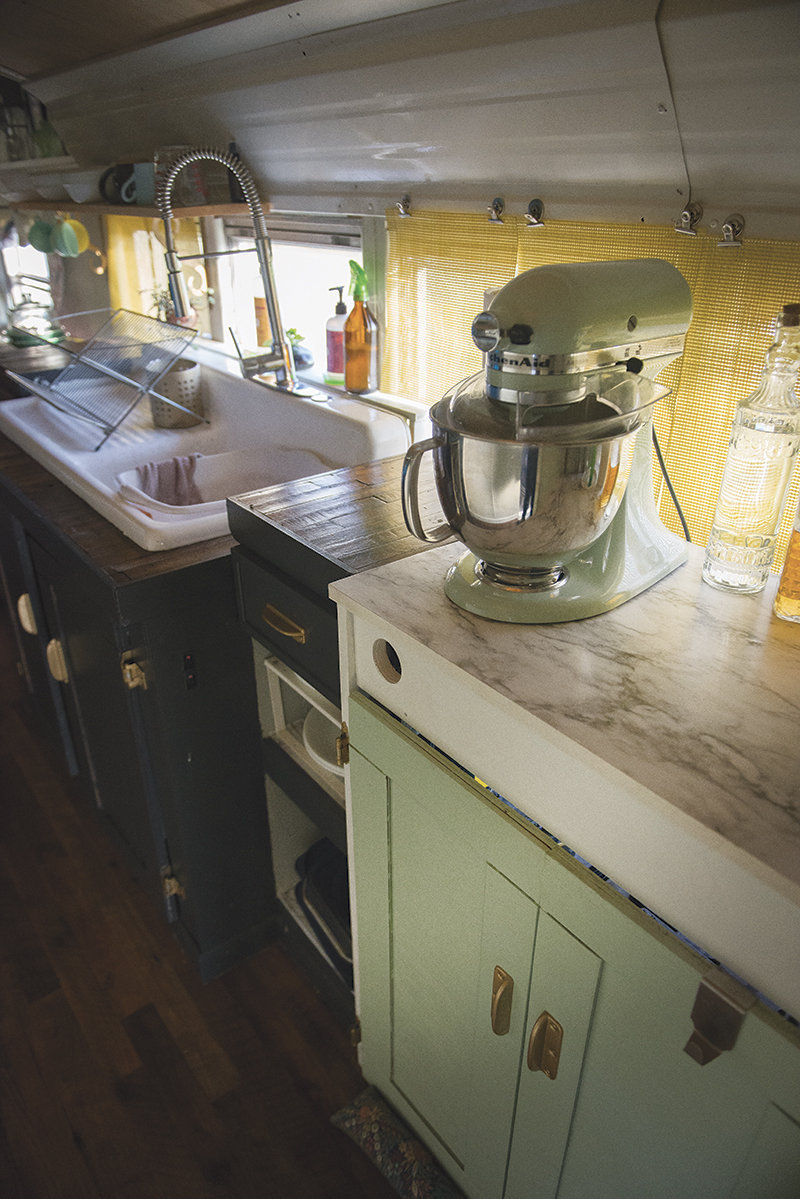 Cam Sather farms — this year he grew on 25 acres — and Tarrah Sather has her own cleaning business. Eventually they’d like to be at a point where they can sell their foods locally.

The couple recently purchased a home in Glenville that they are now hoping to fix up.

“This was a good learning experience for that — but on a smaller scale,” Tarrah Sather said. “We knew the bus wasn’t going to be forever, and the house kind of fell into our laps.”

They are hoping to find someone who will buy their bus-turned-home.

Tarrah Sather said she can envision it on a lake or somewhere in a warmer climate — as winters were a little tough with the extreme cold temperatures.

Through it all, she said she learned many life lessons.

“It’s important that people know that home is where you make it. It doesn’t matter where you live but how you live your life,” she said. 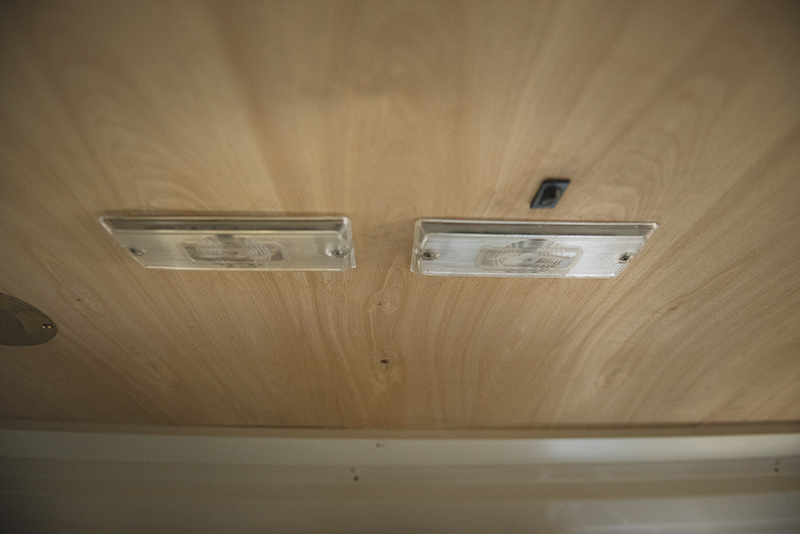 The lighting in the tiny house is a tribute to the lights in the bus during its original function. – Colleen Harrison/Albert Lea Tribune