Walk a mile in her shoes 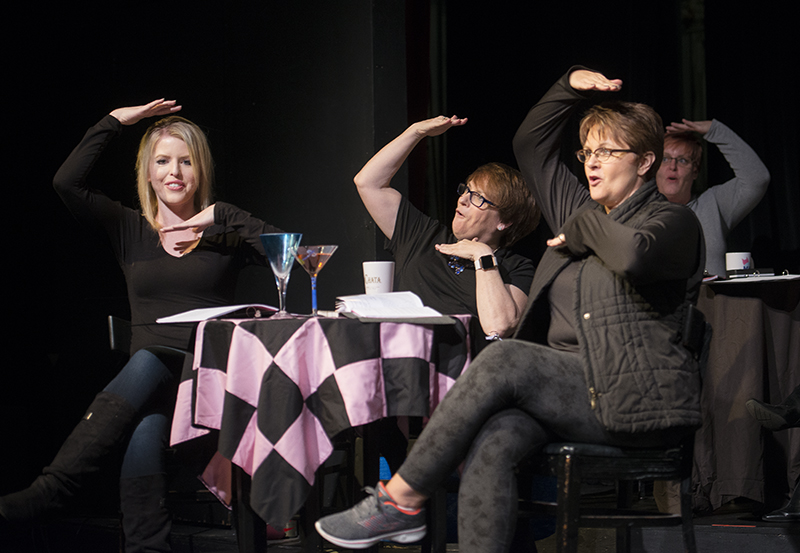 This weekend’s Albert Lea Community Theatre production is not all comedy. It’s not all drama. It’s not even all one plot. It is, however, all women.

“One of the things that Kristan and myself have noticed is we always get a lot of women trying out, but there’s not a lot of plays that are written for a lot of women,” show director Kris Bartley said.

This one is different.

“Love, Loss and What I Wore” features a series of monologues speckled with moments of interaction between in segments the playwrights, Delia and Nora Ephron, have called clotheslines. The monologues are united through the theme of clothes; each character’s time with the audience is spent unpacking the significance of certain pieces of clothing in their lives. For instance, Bartley’s character focuses on a bathrobe. The show features 28 characters and 15 cast members, all women. The tech crew is also all women.

Bartley said working with a monologue structure has been something different than what she has worked with before. She changed the way she directed, sitting down with the women and working individually rather than continually gathering them together for full rehearsals. 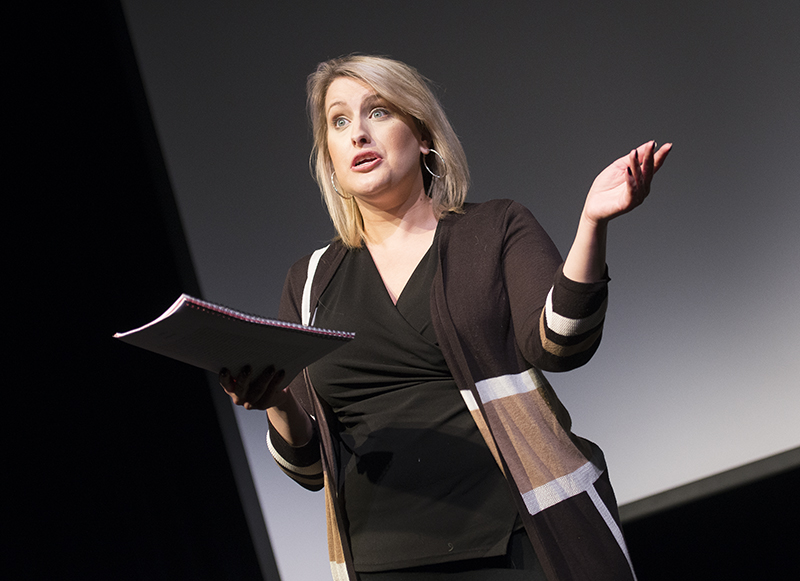 Raquel Hellman rehearses her lines for “Love, Loss and What I Wore.” – Colleen Harrison/Albert Lea Tribune

“Also, you have to think, ‘How do I keep the audience interested?’ Because it’s like a speech,” Bartley said.

Additionally, the structure of the clotheslines section proved tricky.

“That was like the biggest challenge for us, because how do you make the clotheslines interesting?” Bartley said. “Because they’re just one line.”

After an actor’s suggestion, the characters will deliver the lines in a cafe style, so that the lines feel more like a conversation among the women than a single line delivered to the audience.

Actor Emily Miller said she was originally also worried about how the structure of the performance would play out.

“I was concerned it might present as like a lecture style, but it doesn’t,” Miller said. “It very much has a flow of a production, and it’s comfortable and it’s intimate because of that.” 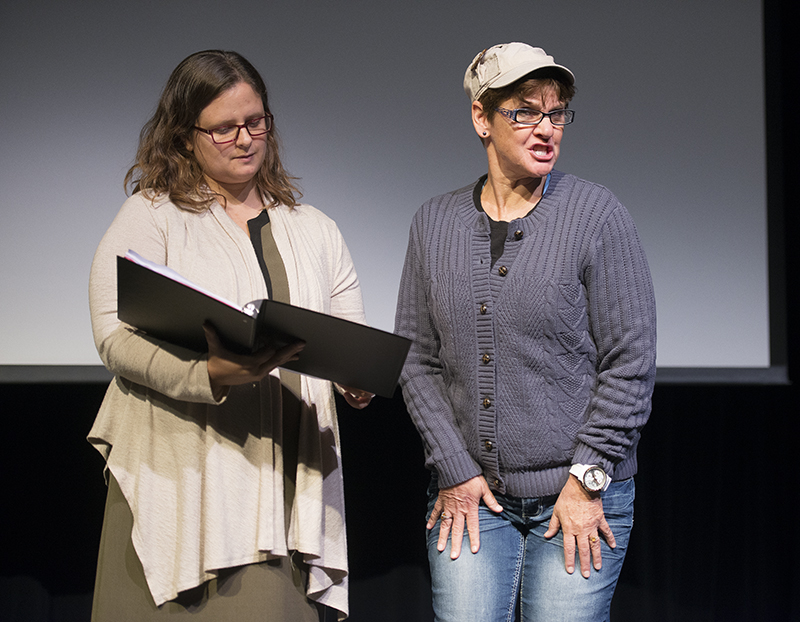 Furthermore, the setup has given Miller a chance to shift focus as she prepares to perform. Because the actors are performing monologues, they are keeping their scripts with them.

“It almost has given me more of a comfortability because that nervousness of, ‘What if I drop a line?’ is gone,” she said. “So I can, I guess, give a little deeper dive into the character because I know the cheat sheet’s right there.”

Vice President Kristan Dye said she was determined to pursue this production after watching the Women’s March in January.

“I think it’s just a good time, with everything that is going on between pay equity and sexual harassment … it was a good time to bring it out and just show powerful women and women taking their power back and finding humor in their lives,” Dye said.

“It’s all about girls and girl power,” Wangen said.

The girl power that’s evident to Miller in the production is its actors’ interpersonal dynamics.

“You know, we are women who represent all different kinds of ways to live a life and present womanhood … and so what’s so fun about that is each of the characters that we’re assigned to, we bring a different flavor to it and it’s just made a great onstage chemistry,” she said.

All proceeds from the show will go to charity, specifically the American Association of University Women and Southern Minnesota Regional Legal Services. “Love, Loss and What I Wore” runs at 7:30 p.m. Thursday and Friday, and at 2 and 7:30 p.m. Saturday. 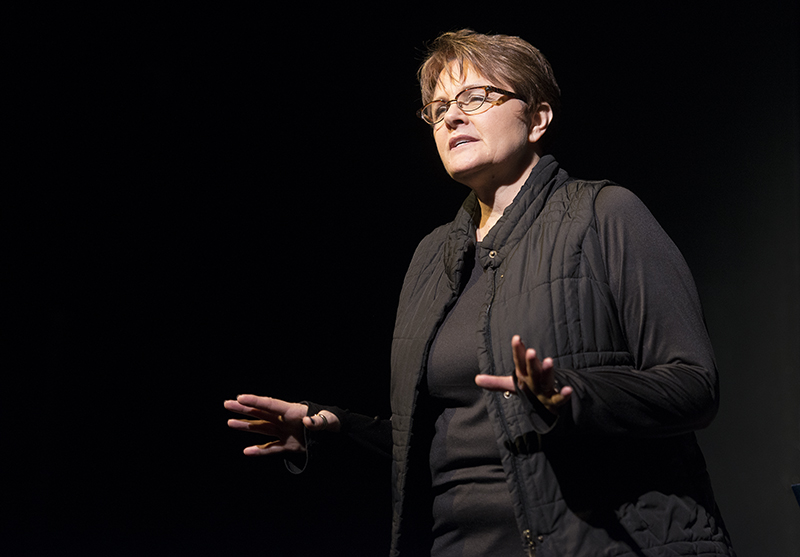 “Love, Loss and What I Wore” will be at Marion Ross Performing Arts Center Thursday, Friday and Saturday. – Colleen Harrison/Albert Lea Tribune

What: “Love, Loss and What I Wore”